It’s a brand new day for the man of steel.

Continuing a recent trend of comic book characters coming out as LGBTQ, Superman is now confirmed to be bisexual and on the fight for global social issues, according to the DC team behind the character, who spoke to IGN.

This news is not for the traditional iteration of Clark Kent, but instead his 17-year-old son, Jon, who has taken up his father’s mantle.

“It is a pretty big deal doing it with Jon Kent as Superman … I hope this kind of thing will not be seen as a big deal in the future,” artist John Timms told IGN.

“It will be interesting to see him not only trying to find himself as a person but a global superhero in the complex atmosphere of modern life.”

That modern life — one where Jon has entered into a relationship with young “hacktivist” reporter Jay Nakamura in “Superman: Son of Kal-El” — will also be addressing the world’s societal problems along with intergalactic threats, according to writer Tom Taylor.

Just like his father, Jon Kent has fallen for a reporter.

“The question for Jon (and for our creative team) is, what should a new Superman fight for today? Can a 17-year-old Superman battle giant robots while ignoring the climate crisis? Of course not. Can someone with super sight and super hearing ignore injustices beyond his borders? Can he ignore the plight of asylum seekers?”

That desire to do good for the Earth’s everyday needs is a trait not from Clark Kent, but instead one from Jon’s mother, the Daily Planet’s Lois Lane, Taylor said. 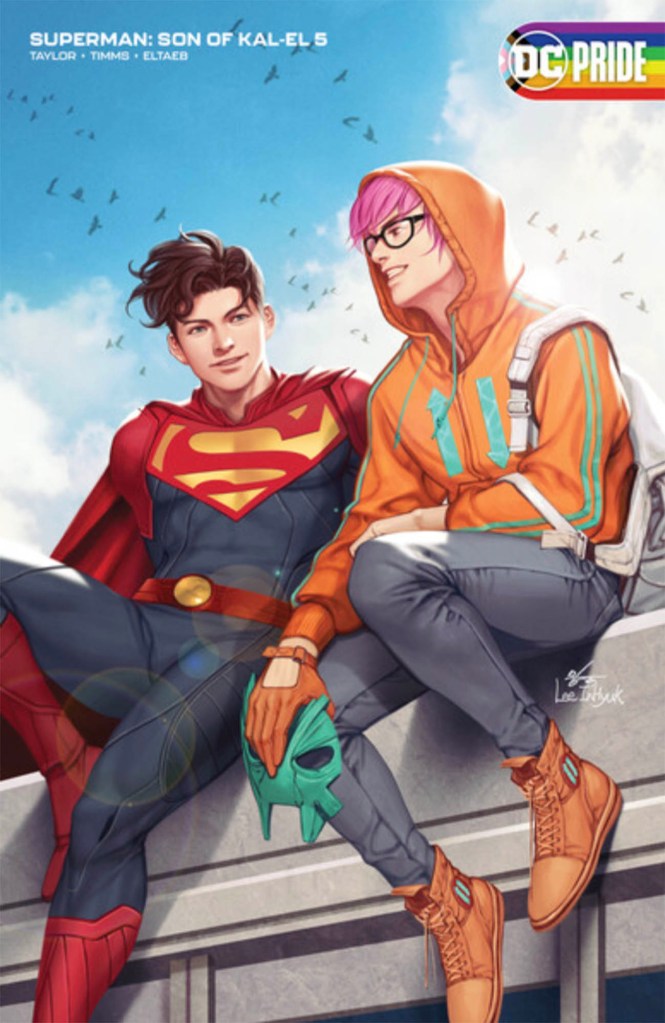 Young, bisexual, and socially conscious. Those are the hallmarks of the newest Superman.

“Jon is the son of the fiercest, most effective journalist on the planet. With that, comes a strong sense of right and wrong, an instinctive dislike of corruption and a strong desire for the truth to win over misinformation.”

For Taylor, who said many of his previous LGBTQ storylines were rejected, moving forward with the progressive adaptation of Superman was a major turning point for the comic.

“I knew replacing Clark with another straight white savior could be a real opportunity missed. I’ve always said everyone needs heroes and everyone deserves to see themselves in their heroes.”

“Today, Superman, the strongest superhero on the planet, is coming out.”

Kent now joins the likes of Batman’s iconic sidekick, Robin and nemesis Harley Quinn as another LGBTQ character in the DC Universe.

In the Marvel comics, the X-Men confirmed last year that Kate Pryde is bisexual and also teased a “throuple” situation between Cyclops, Wolverine and Jean Grey.