President Biden took the day off work Monday for some Columbus Day R&R in Delaware — along with a stop at a wedding nearby in Pennsylvania — despite crises that are tanking his approval ratings and threatening his agenda.

Biden’s schedule listed just one public event, a 4:20 p.m. return to the White House, despite fresh fears about slowing jobs growth, a migration crisis on the southern border and a spending fight in Congress that could define his legacy.

In an unscheduled addition to his activities, Biden drove just across the state line to attend what the White House called “a small, family wedding” at the home of his sister Valerie Biden Owens and her husband.

Biden’s approval rating was pulled down by a resurgence of COVID-19 cases and by the chaotic US pullout from Afghanistan at the end of August, which left behind hundreds of Americans and thousands of US-employed Afghans.

He’s spent at least part of 70 days at one of his Delaware homes since taking office — or about 26 percent of the days that he’s been president.

Biden’s activities at home are unknown. His German shepherd Major spends much of his time in Delaware after a series of attacks on Secret Service agents at the White House. As vice president, Biden also was reputed to skinny-dip while out of the public eye.

Although former President Donald Trump frequently visited his Florida and New Jersey resorts on weekends, other presidents, such as Barack Obama, usually stayed at the executive mansion.

As Biden left the White House on Friday, he was asked if he’s concerned about potential corruption involving his son Hunter Biden’s art sales — after the novice artist sold five prints for $75,000 each ahead of a Los Angeles art show attended by one of his father’s ambassador nominees. 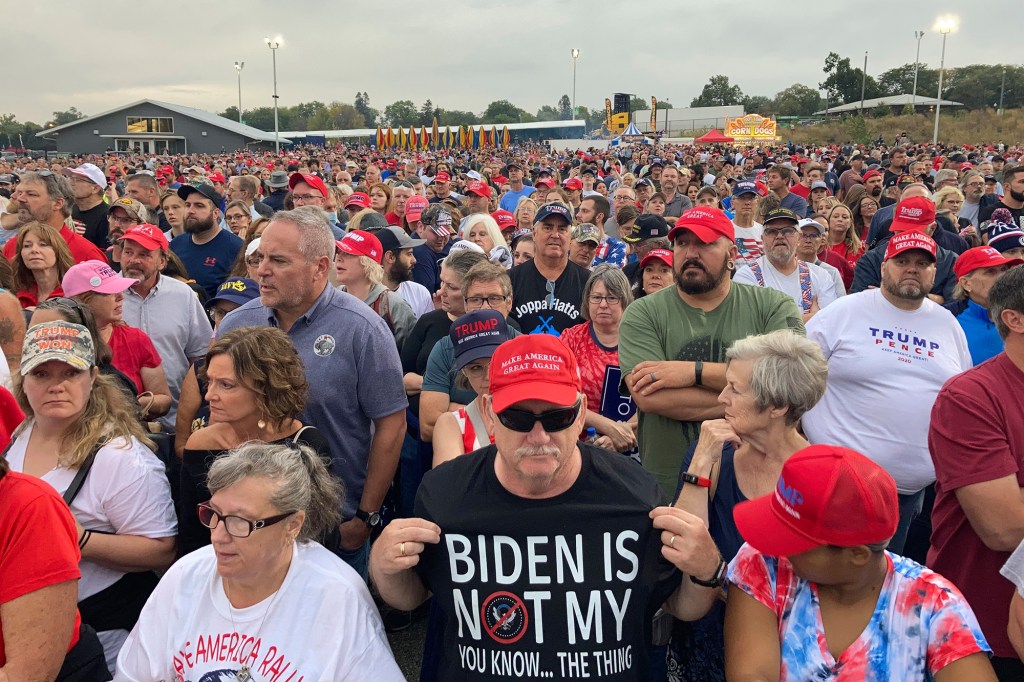 The president looked a reporter for The Post in the eyes and said, “you gotta be kidding me.” He had taken no questions during a pair of public remarks Friday even though White House press agents pre-screened reporters allowed to attend.

Very few people in the private sector get Columbus Day off. Federal offices are closed, but surveys indicate that it’s the least-celebrated federal holiday by employers.

As of 2017, just 14 percent of businesses closed their offices on Columbus Day, according to a survey by the Society for Human Resource Management. Other less-celebrated holidays included President’s Day and Veterans Day, which had 34 percent and 19 percent of offices closed, respectively.

Biden issued a proclamation last week ahead of Columbus Day, which has been replaced or supplemented with “Indigenous Peoples Day” in some cities and states.

Biden described the day as a celebration of Italian-Americans.

“Today, millions of Italian Americans continue to enrich our country’s traditions and culture and make lasting contributions to our Nation,” a statement attributed to Biden said.

But Biden added, “we also acknowledge the painful history of wrongs and atrocities that many European explorers inflicted on Tribal Nations and Indigenous communities. It is a measure of our greatness as a Nation that we do not seek to bury these shameful episodes of our past.”