There’s a lot going on in “Landscapers,” which sets a real-life double-murder case in England against a backdrop of whimsy and comedy both light and dark offset by fantasy sequences.

If that sounds surreal, it is — but “Landscapers,” starring Olivia Colman (“The Crown”) and David Thewlis (“Fargo) pulls it off, and then some.

The four-part HBO series is based on husband-and-wife Susan and Chris Edwards (Colman and Thewlis) who, in 2014, were sentenced to 25 years in prison for killing Susan’s parents in 1998 and burying them in their backyard garden in Nottingham. There’s much more to the story, of course — including dark family secrets and shadows of doubt cast throughout — and writer Ed Sinclair and director Will Sharpe do an outstanding job telling the story through clever narrative elements, aided by the always-reliable Colman and Thewlis.

The series opens in Paris in 2013, where Susan and Chris are now living and trying to get by on more than their love for each other. It’s difficult; Susan is emotionally fragile and is both an inveterate movie buff and huge fan of Gary Cooper (“High Noon” winds its way through the narrative in different forms) and Gerard Depardieu (it’s complicated). She speaks fluent French and her thoughts are often relayed to us as if they’re scenes from a black-and-white movie.

Chris, meanwhile, hasn’t learned French and is struggling to find a job. When he calls his stepmother Tabitha back in England to borrow some money, he spills a big “secret” and swears her to silence — but she notifies the Nottingham police, who unearth the bodies of Susan’s parents, William and Patricia Wycherley, buried behind their house. A murder investigation is launched and Susan and Chris return to the UK after Chris writes two “polite” e-mails to the police to face the music, repeating their mantra to each other: “Stick to the plan.” They don’t and, eventually, terrible family secrets emerge and the math just doesn’t add up as we learn more about Susan’s relationship with her parents — and with Chris. 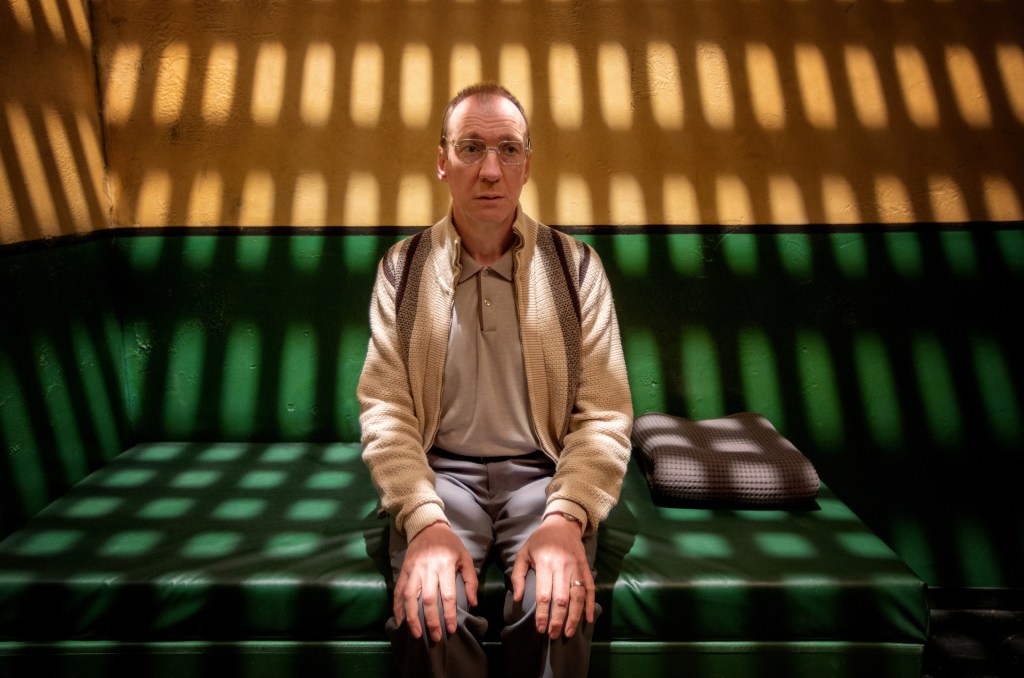 David Thewlis plays Chris Edwards, who was convicted along with his wife Susan of killing her parents.

“Landscapers” has much to recommend it, not only for its writing and directing but for the subtle shading Colman and Thewlis lend to Susan and Chris, who toggle between misguided romanticism, their loyalty to each other and their shared understanding of what really happened that day in 1998, offset by, among other narrative quirks, characters reading e-mails directly to the camera and scenes-within-scenes that ping-pong between “real” and “artificial” locales to underscore the series’ cinematic motif and Susan’s Hollywood obsession.

The Cutest Cabins to Rent in Banff, Canada