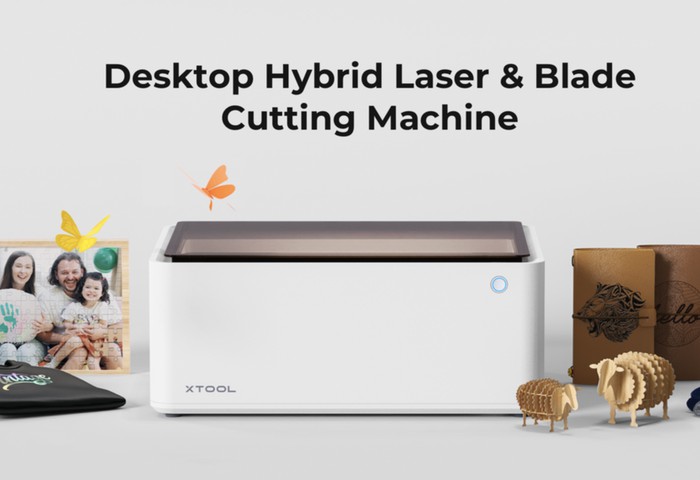 Makers, designers and hobbyists looking for a desktop cutter that can be equipped with either a laser or blade. May be interested in the xTool M1 a precise hybrid laser and blade cutter at an affordable price. Thanks to nearly 2,000 backers the project has already raised over $1.7 million with still 19 days remaining. The versatile cutting machine can be used to engrave or cut a wide variety of different materials from aluminium to paper.

Backer early bird pledges are now available for the creative project from roughly $699 or £520 (depending on current exchange rates), offering a considerable discount of approximately 46% off the retail price, while the Kickstarter crowd funding is under way. 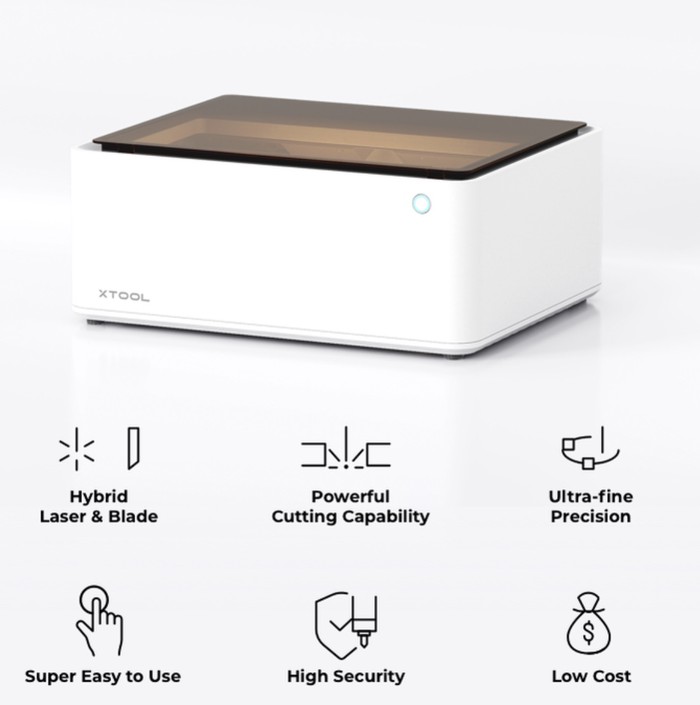 “Normally, a laser cutter can perform very well on many materials such as wood, metal and glass. However, for some soft materials such as vinyl, which can be used for DIY T-shirts, sign making, logos and more, a blade cutter is preferable to avoid the burnt edge, discoloration and toxic fumes generated by laser cutting. With xTool M1 which has both the laser and blade heads, you don’t have to waver between a laser cutter or a blade cutter (or breaking the bank to buy both). Your ideas can be realized on just one machine. To achieve adequately strong laser cutting and engraving power at an affordable price, we chose a diode laser instead of CO2 laser.” 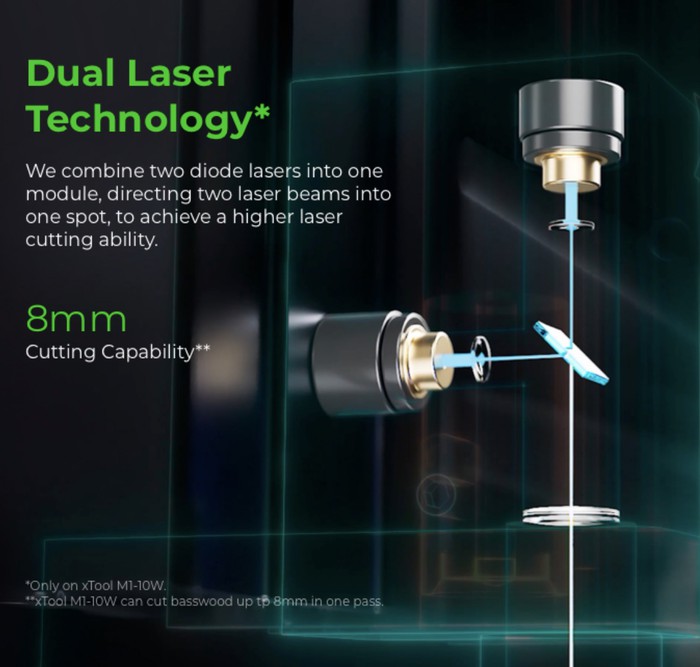 “Now, during our Kickstarter campaign, we are offering the best-ever price of xTool M1 starting from only $699. That is less than 1/5 of Glowforge’s price, but still gives you about 80% of the functions of Glowforge Plus + Cricut Maker 3. The Rotary Attachment unlocks 360° engraving for cylindrical objects from 3mm to 70mm in diameter (with the raisers provided), with which you can customize a wide range of cylindrical materials. The safety class of xTool M1 is Class I (FDA Certified). We are on track to receive FDA/FCC/CE-LVD/EMC certifications before March 2022, which are necessary for delivering our products to the US, EU and most areas in the world.”

For a complete list of all available pledge options, stretch goals, extra media and more features for the laser and blade desktop cutting machine, jump over to the official xTool M1 crowd funding campaign page by clicking the link below.

10 Best Desserts to Buy at Costco for Thanksgiving

3 Ways to Record Calls on Android Without Warning or Announcement

5 Reasons Behind The Dominance Of Amazon