In recent years, Netflix has started to specialize in live-action adaptations of anime. So far, the streaming service has released film adaptations such as Death Note, Fullmetal Alchemist, and Rurouni Kenshin. The next anime to receive the live-action treatment is Cowboy Bebop, a show considered to be one of the greatest anime ever made.

The original Cowboy Bebop anime ended in 2001, but it’s seeing a surge in popularity thanks to the new Netflix show. That popularity can be seen on Reddit in the r/cowboybebop subreddit. For nearly a decade, fans have flocked to this community to post their thoughts on Spike Spiegel and his past, funny memes, cosplay pics, and fantastic fan art.

“I created the subreddit in 2012, so a little over nine years now,” said MarshallBanana_, head moderator and creator of the subreddit. MarshallBanana_ became a fan during the series’ original run on Adult Swim. Anime gained popularity in America during the 1990s and the 2000s with the introduction of Toonami and Adult Swim, programming blocks on Cartoon Network dedicated to airing anime and mature shows. The first anime to ever air on Adult Swim was Cowboy Bebop.

The show made its debut on September 2nd, 2001, one day after the first broadcast of Adult Swim. It followed the adventures of Spike Spiegel, Jett Black, and Faye Valentine, bounty hunters who travel the galaxy searching for their targets. It only had 26 episodes and a movie but managed to maintain a huge online fanbase in the two decades following its release, thanks to communities like r/cowboybebop.

Both the community, and the show it’s based on, have been able to reach and connect fans across the world. That includes one of the subreddit’s own moderators. Alwaqas is from the Middle East and joined the subreddit two years ago but has been a fan of Cowboy Bebop since he was a kid. “Being from the Middle East, the anime that I watched as a kid were very different than what is popular in the US. One day, the Bebop movie came up on TV, and I had heard about Bebop before but never seen it; it was so different from what I have seen before, and I instantly got hooked.”

The show pulls from so many influences that it’s able to attract an international audience. “I think that the unique way that Bebop blends genres while still being so consistent lets it feel so fresh to this day,” Alwaqas says. “It is still a really relevant show with a quality of animation that is still unmatched to this day.” SonicFrost, another moderator of the subreddit, explains that [it] has simply become necessary viewing for any prospective anime viewer.”

Currently, the member count of r/cowboybebop sits at 225,000, but this was not always the case. “In 2018, the sub was barely stepping above 20,000 subs; it was pretty much dead at that point,” said -WakaJawaka-, one of the subreddit’s other moderators. These numbers improved after some of the mods attempted to revitalize the community, led by -WakaJawaka- and MarshallBanana_.

“It was pretty much dead at that point”

“I think after I joined, we tried to give it some life again with some small redesign, a new series rewatch discussion, and creating our Discord server, which gave a new breath of life into the community,” said -WakaJawaka-. The community’s members grew to 50,000 in 2019, likely thanks to these changes by the mods. SonicFrost believes that the community’s current growth has been sparked by the Netflix series. “Generally, I think that the fanbase will continue to grow just off the back of the original show,” he says. “But without a doubt, the announcement of the live-action show has had a significant effect on our subreddit, and we’re quite excited to see it breathe new life to it.”

Users of r/cowboybebop have different theories. No_Mathematician2251 believes that YouTube video essays are the cause for this growth, while NChamars believes the answer is much simpler: the show is popular. “It’s because the series is gaining its spot in mainstream culture and over the years has been getting more attention. That’s why Netflix wants to create a live-action show.” 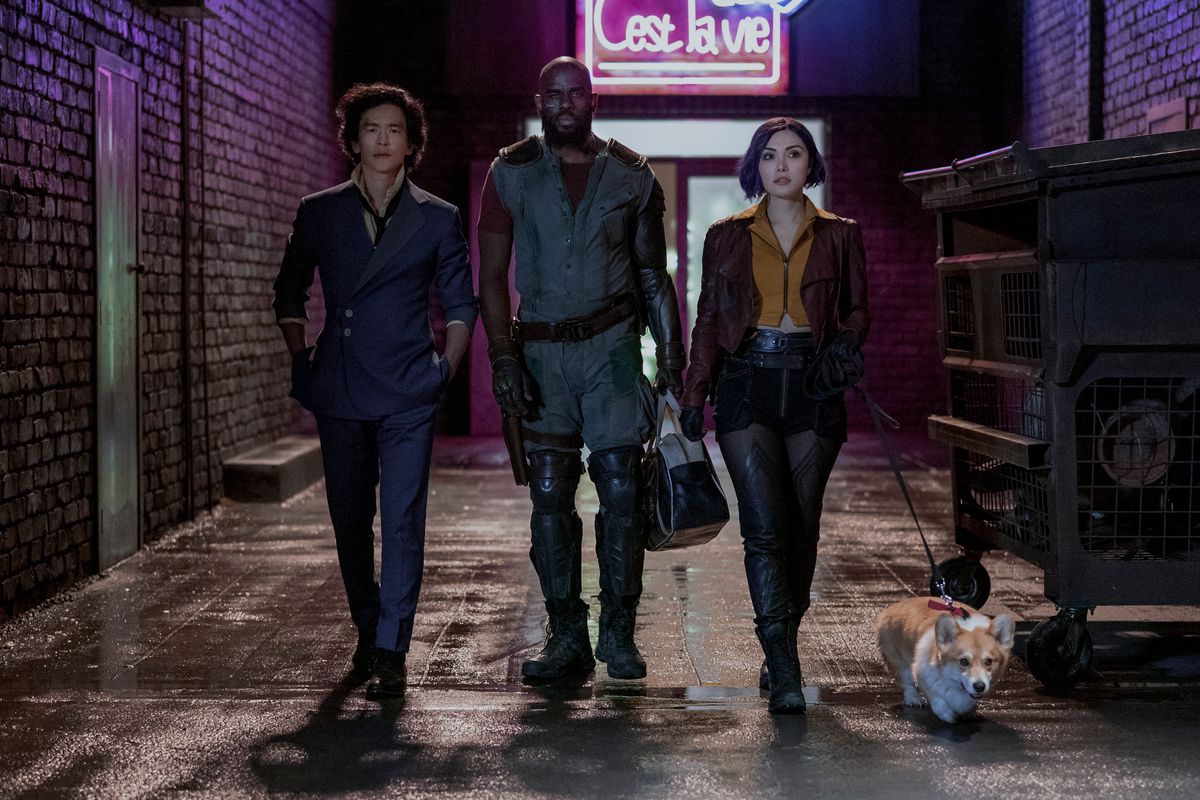 MarshallBanana_ is optimistic about the Netflix series but does admit there’s been negativity surrounding it. “Lately, a good portion of the community has allowed for their more negative side to come out, as they feel very protective of the anime, and sometimes it bums me out that more people aren’t open-minded about the adaptation.”

With the Netflix show being a subject of controversy, criticism was always bound to happen. The negative commentary hasn’t been too common on the subreddit, stemming mostly from a vocal minority, but it has still been disappointing for SonicFrost. “It’s frustrating to see people who actively attempt to undermine and disqualify other people’s joy — as though their subjective feelings are objectively wrong. Isn’t that strange?”

He also wants to give this vocal minority and all of the subreddit’s users a space to debate each other. “Our hope is both can find a voice on our platform, without resorting to tired insults and attacks on each other or on the cast and crew, who I’m certain have poured their heart and soul into this thing.”

“It is such a warm and welcoming community”

These conversations between users are among MarshallBanana_’s favorite aspects of the community. “For the most part, the Bebop community is filled with talented, kind, intelligent people. There’s always an enlightening conversation to be had and fan art projects and cosplay to admire.” For Alwaqas, his favorite aspect is how welcoming the community is. “It is such a warm and welcoming community; like every community, it has gatekeepers and not so nice members, but I never felt so welcomed in such a fanbase like the Bebop fanbase.”

After the Netflix show debuts, the subreddit will no doubt grow larger, meaning even more people will get to experience how this welcoming feeling. As for the community’s future, MarshallBanana_ thinks that the Netflix show will be the topic of conversation for a while. But when that passes, he has a few things in mind. “My personal goal is to keep the community civil and peaceful, have good conversations, and hopefully get some AMAs with people who worked on both shows.”

The other mods echoed the same sentiment. There seems to be an expectation that the Netflix show will bring in new users. SonicFrost knows this, but he hopes that the series is actually good. “Netflix really has the opportunity here to reinvigorate this fandom — and maybe finally show that a ‘Netflix anime adaptation’ isn’t a joke.”