Contrary to what some parties allege, Russia is not involved in the ongoing crisis at the borders between Belarus and some EU nations, primarily Poland, Russian President Vladimir Putin has said.

“I want everyone to know this. We have absolutely nothing to do with any of this,” Putin vowed, commenting on accusations that Russia was somehow involved in the ongoing conflict between Minsk and EU members.

“They are trying to shift the responsibility to us at the slightest pretext or even without any pretext,” the president remarked. He was referring to claims by some EU officials that Russian flag carrier Aeroflot was involved in transporting people from Middle Eastern countries to Belarus before these try to enter Poland or Lithuania, presumably to claim asylum there. The flights actually involved in the scheme are “charter flights,” Putin said. 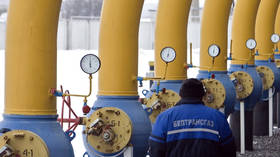 The ongoing border crisis unfolded as tens of thousands would-be asylum-seekers, most of them from conflict-ridden countries like Iraq and Syria, attempted to reach the EU through Belarus this year. Brussels and some EU member states accused Minsk of waging a “hybrid war” against them, using the refugees as pawns.

Belarus has rejected the allegations and blamed the EU for the crisis. Minsk said European sanctions had left it with too little resources for policing the border as officers focused on more prominent threats, like drug trafficking. It denied the accusations that it had orchestrated the crisis.

Putin agreed that trafficking people from the Middle East to Europe was an organized business, but suggested that the EU should look closer to home for its masterminds.

“The key link is in the EU countries. Those who are located there organize all those chains. Let their law enforcement and security services deal with them if they are violating their laws. But I get the impression that it is rather hard to bring them to account there, because if we look at the national legislation of the European countries, they are not violating anything,” he said.

Putin expressed hope that the EU and Belarus manage to overcome their differences and negotiate a workable solution to the problem. He said he was sympathetic to the plights of the asylum-seekers and regretted that concerns for their wellbeing seem to have been sidelined amid the confrontation between Belarus and its neighbors.

“Honestly, when I watch that, I first of all feel empathy for the children,” Putin said.

The greatest athletes to serve in the U.S. Armed Forces

Why more Brits are turning to food banks

5 Reasons You Should Grow an Indoor Herb Garden