Find out where to get the metal detector and how to uncover buried stashes in GTA Online.

Home » Guides » How to Uncover Buried Stashes in GTA Online

The Criminal Enterprises update for GTA Online brings plenty of new content with it, not least of which is the Cayo Perico content. In addition to a new racing series, the island also now has buried stashes of cash for you to uncover via a metal detector, which can help boost your funds with minimal bullets and bloodshed. Or at least it is if you can figure out where to find the metal detector and how to uncover Buried Stashes in GTA Online. Fortunately, we’re here to help you in that endeavor.

How to Find Buried Stashes in GTA Online

Before going any further, it’s worth noting that you’ll need to have access to Cayo Perico in GTA Online for any of this content.

If you’re new to the game and haven’t completed the Cayo Perico heist yet, this can be done by visiting Miguel Madrazo at the Music Locker nightclub. After talking with him, you’ll be tasked with purchasing the Kosatka submarine for $2,200,000. After you do so, you’ll be able to talk to Pavel, who will act as the submarine captain and allow you to plan heists and trips to Cayo Perico.

Those who have completed the Cayo Perico heist, meanwhile, need only interact with the submarine to travel to the island at their leisure.

After you’ve obtained access to Cayo Perico, your next step will be to find the metal detector in GTA Online.

This part can be tricky and can easily take the most time to pull off. This is because the metal detector spawns randomly along the mid and lower shorelines of the main map. It also isn’t guaranteed to spawn during every online session and won’t become visible unless you’re in close proximity to it.

After some testing, we found that the best way to get it to spawn is to visit two specific locations. One is the beach down by the Ferris Wheel on the western shoreline, which you can see in the picture below.

The other is the secluded beach hidden past some hills on the eastern side of the map, also posted below. 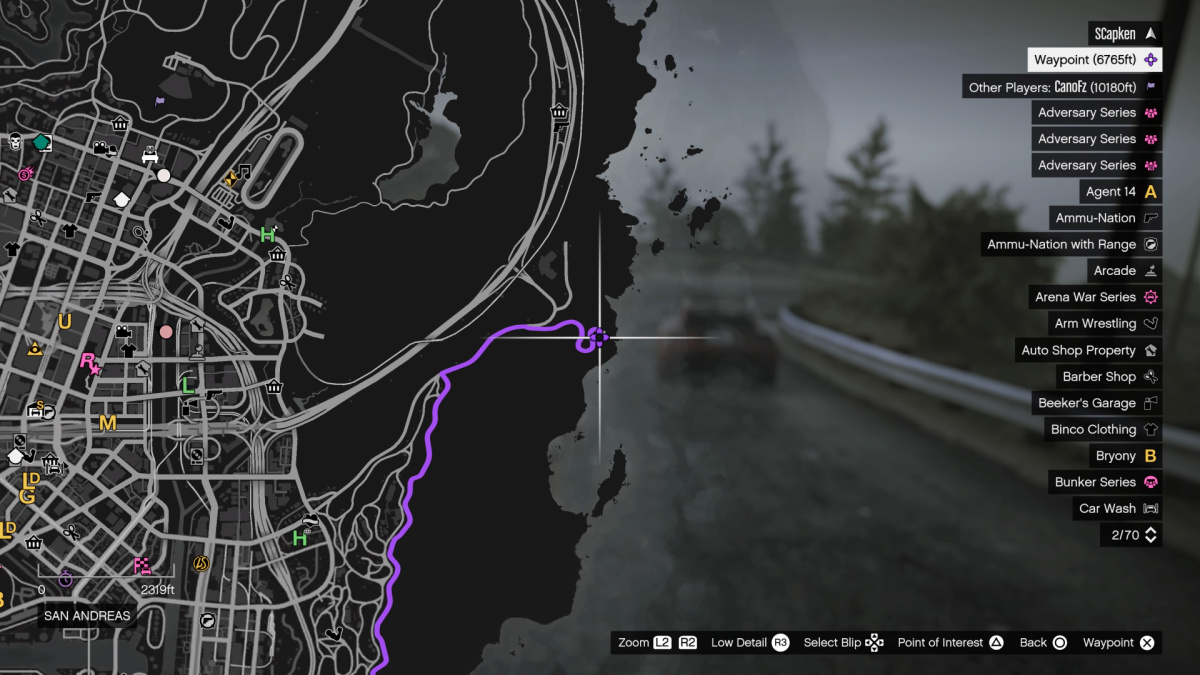 If the metal detector has spawned, a small blue circle will appear on your map after you get close enough to these points. If this doesn’t occur, leave the session you’re in and join a new one. Rinse and repeat until the spawn occurs.

Once you’ve found the metal detector, make your way to Cayo Perico. Once there, question marks will appear on the map. These will mark the location of a Buried Stash. Go to any of them and use the metal detector, which will begin to beep faster as you get close to a Stash. Once you’re right on top of one, you can investigate it to nab $15,000. This process is repeatable, too, making it a slow but effective money-making method.

Hopefully, this helped you figure out how to uncover buried stashes in GTA Online as quickly as possible. For more on the game, check out any of the related articles down below. We’ve also got plenty of other GTA Online guides you can peruse, covering topics like how to make money fast, how to complete Operation Paper Trail, and how to start the bar resupply mission.

MLB reportedly working on proposals to present to MLBPA

How Blockchain Technology Is Transforming Microtransactions and Revitalizing the Gaming Industry