While there are many watches on the market designed to withstand the depths of the ocean, few tackle one of the major dilemmas of its shallows: the proliferation of ocean plastic. Tom Ford’s new line of Ocean Plastic Timepiece series watches addresses this problem head-on. The N.004 style, which launched on August 3rd, features a case and strap made of 100 percent ocean plastic. The elegant, minimalist watch, available in black or white, is reminiscent of Ford’s designs from the ’90s—perfectly on trend for today. For more information, check out tomford.com.

Few things are more early aughts than butterfly hair clips. So if you’re looking to join Bella Hadid and Kim Kardashian in throwing it back, Betsey Johnson and Jennifer Behr have got the accessories for you. The designers were inspired by the clips that Betsey Johnson stan Olivia Rodrigo wore to this year’s Met Gala, though Johnson’s love of butterfly hairpieces dates back much further: They were a key component of her spring 1997 runway show. The clips are available on betseyjohnson.com and jenniferbehr.com. 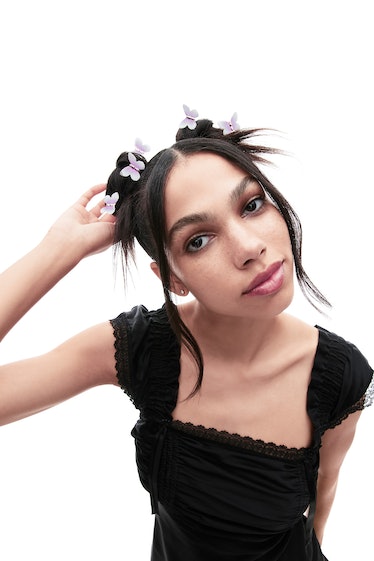 Humberto Leon and Carol Lim’s collaborations celebrating the 20th anniversary of Opening Ceremony just keep getting better. The pair has enlisted LUAR’s Raul Lopez, whom they’ve known since his Hood by Air days back in the mid-aughts, to create two new versions of everyone’s favorite “It” bag, the Ana Mini. You’d better get moving on snapping up the vegan leather totes that now come in textures reminiscent of pony hair and snakeskin. After it was spotted on celeb fans like Troye Sivan and Dua Lipa, the original Ana sold out in just two-and-a-half hours when it finally became available for purchase. The new versions will be available on openingceremony.com as of Tuesday. 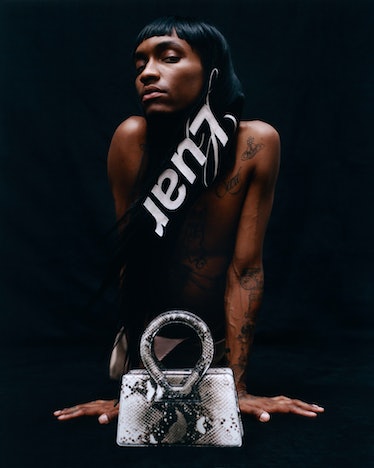 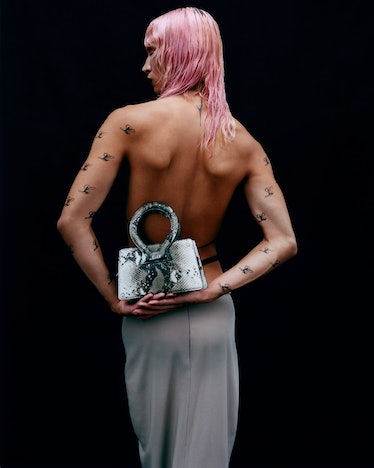 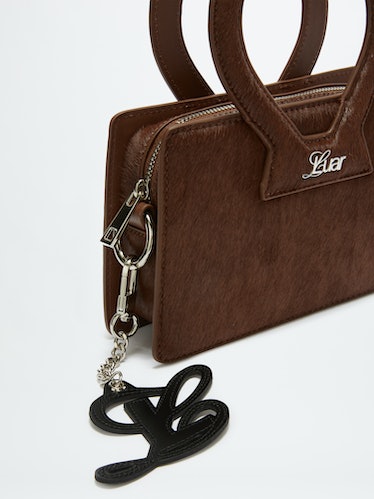 Salvatore Ferragamo ventured into the metaverse for the opening of its Soho concept store at 63 Greene Street. Partnering with the design studio DE-YAN, the storied Italian house tapped digital artist Shxpir to collaborate on a multi-sensory booth wherein shoppers can create and mint their own NFT. Meanwhile, fully customizable 6R3ENE sneakers (the name is derived from the store’s street address) can be created via a holographic experience that brings each personalization choice to life in real time. To mark the boutique’s arrival, just in time for Pride Month, Shxpir also provided art for a special capsule collection of T-shirts and sweatshirts with proceeds benefiting The Center—one of New York’s leading LGBTQ+ organizations. 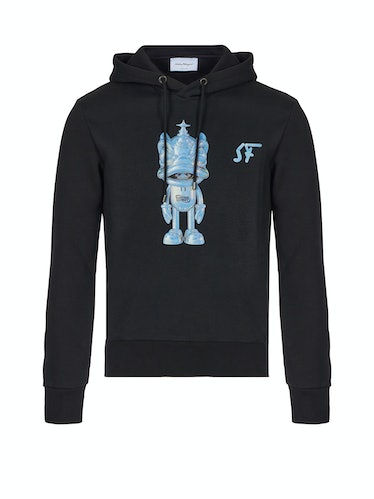 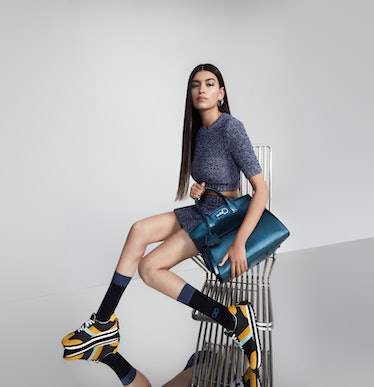 During its fall 2022 runway show, the Los Angeles-based ready-to-wear brand No Sesso debuted a stunning collection filled with ornate hairstyles; cheeky, inventive, multicolored patchwork knitwear; and corsetry dripping in gold chains. And then there was the denim: a show-stopping lineup of baggy jeans decorated with zippers that called to mind early aughts Marithé François Girbaud, corseted jean jackets, oversized Bermuda shorts with arty stitching, and a denim dress covered in pouchettes with a superlong train. These outstanding looks were part of No Sesso’s first-ever collaboration with Levi’s—a collection inspired by the 1990s and injected with the youthful and playful approach that’s made No Sesso such an intriguing and hyped brand since it launched in 2015. The No Sesso x Levi’s line, which debuted on June 8, is now available to shop online through No Sesso, at Nordstrom, and in Levi’s stores.

Courtesy of No Sesso x Levi’s 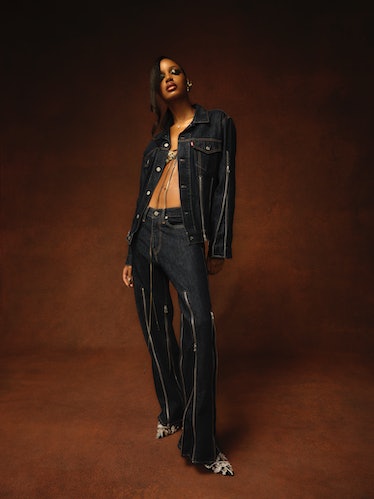 Courtesy of No Sesso x Levi’s 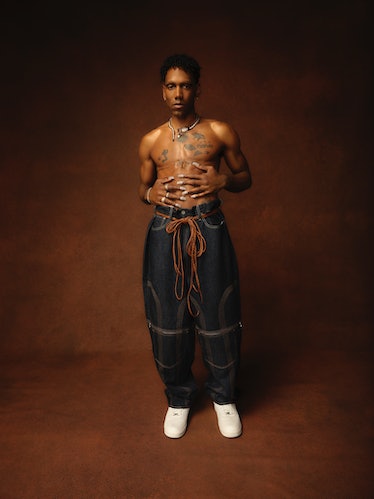 This article was originally published on 07.11.22