They called “Titanique” the show of dreams. Fever dreams. And it was, it really was.

The off-Broadway cuckoo camp-fest at the Asylum in Chelsea is, by a nautical mile, the funniest musical in town right now and is built on an unsinkable idea: It tells the story of the 1997 movie “Titanic” using the songs of French-Canadian chanteuse Celine Dion.

It’s scandaleux that no one has ever thought of this mashup before.

After all, no singer is more closely tied to a (non-musical) movie of this scale than Celine is to James Cameron’s “Titanic” — the two feed off each other — and the rest of her popular catalog has the same emotional heft and theatrical narratives as the Oscar-winning film’s signature song “My Heart Will Go On.”

And co-writers Marla Mindelle, Constantine Rousouli and Tye Blue cleverly toss in a boatload of ’em wherever they can.

When Jack and Rose first meet on deck, as Rose is considering throwing herself overboard, they sing a duet of “Taking Chances.”

The basement of the Asylum was turned into the Titanic for a new off-Broadway parody. Emilio Madrid

As the captain, hilariously only referred to as Victor Garber, an Irish-inflected Frankie Grande bops through “I Drove All Night” as he pushes the doomed ship to go faster and faster.

The Unsinkable Molly Brown, played by Kathy Deitch, after surviving the tragedy, belts “All By Myself”: “Those days are goooone!”

The situation has become beyond bonkers by the time Jaye Alexander as the Iceberg wails “River Deep, Mountain High” in a neon blue flapper wig and forces the other characters to “Lip Sync For Your Lifeboats.”

But the most inspired choice is making Celine — as strange as she is talented — the main character of a story that is in no way about her. 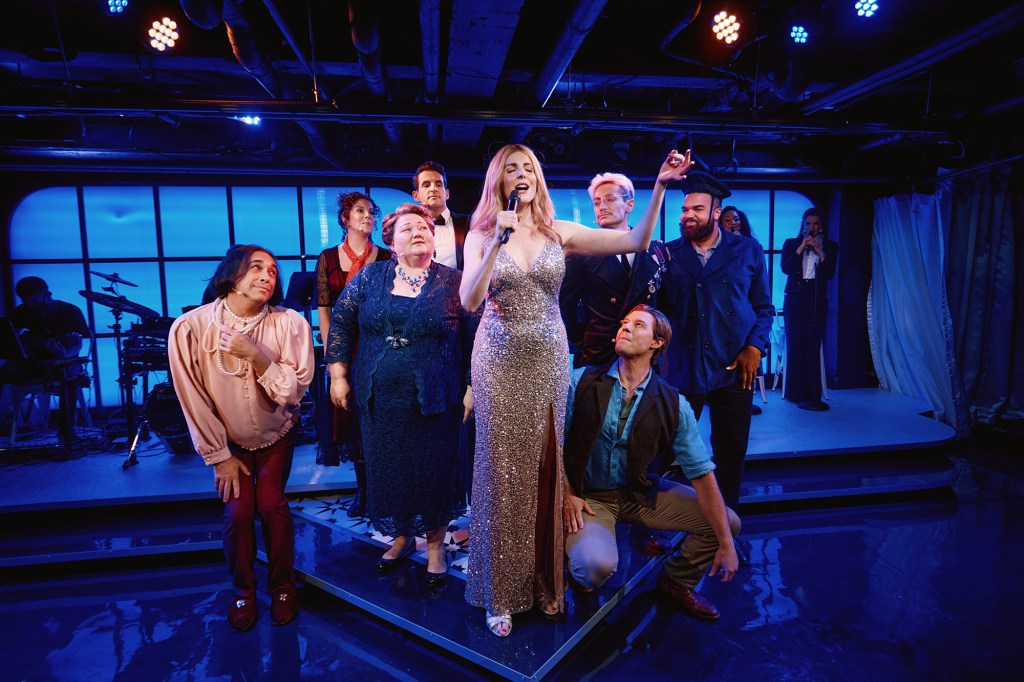 Outrageously funny Mindelle plays Celine as an omniscient narrator who, we learn during a Titanic museum tour at the start, is actually 150 years old and was onboard the ship with our favorite characters. Sure!

She pops in every so often to gloriously upstage everybody else.

Mindelle’s performance is a sensational, hilarious and deranged turn that rises above a 2 a.m. Las Vegas impression. Yes, if you are a big Celine fan like, ahem, a certain tabloid newspaper critic is, you’ll howl at the actress’ borrowed Celine-isms from old viral YouTube videos and banter from the “A New Day Live” album. But the performance — conversational, occasionally improvised and quite affectionate — is more than mockery.

Most impressively, the actress somehow recreates Dion’s superstar energy in a low-budget show performed in a basement full of pillars that smell of Ajax. Whenever she comes onstage, the audience is giddy to see her. 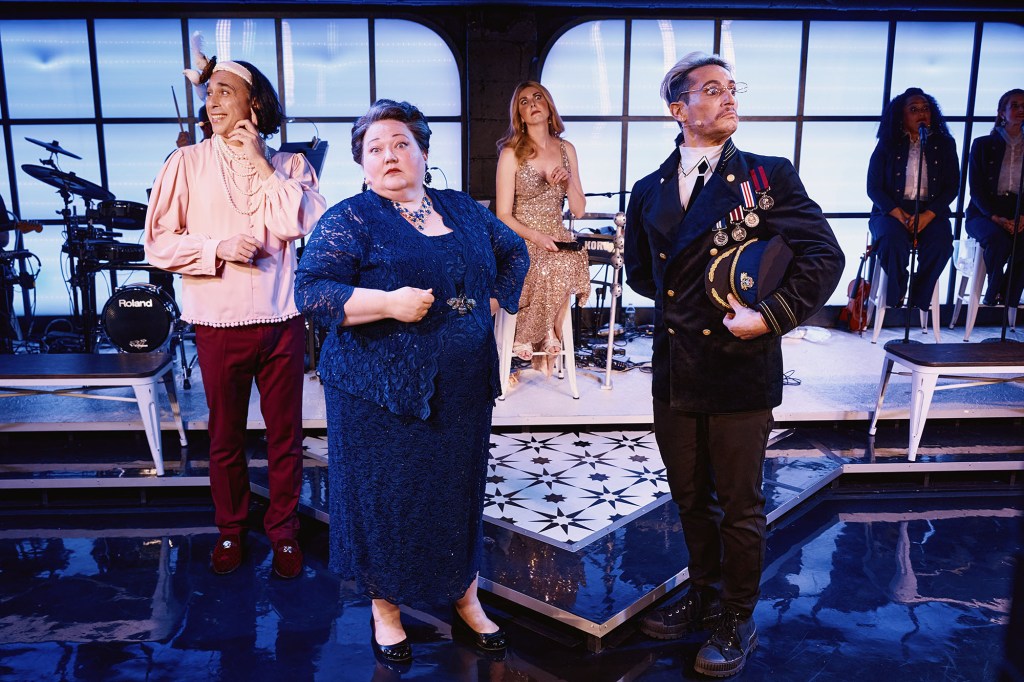 From left to right: Ryan Duncan, Kathy Deitch, Marla Mindelle and Frankie Grande are as good of singers as they are comics. Emilio Madrid

Stage movie parodies have been around for years, but what makes “Titanique” work so well is the million-dollar elevator pitch — “Titanic” told through Celine songs! — and the talent of the cast, all of whom are as strong of singers as they are comedians.

All of them made made me smile straight to the end, which, well, did not happen during the film “Titanic.” Director Tye Blue’s staging, kitschy as it must be, is also substantial and oddly grand for a venue that hosted a comedy night minutes after “Titanique” ended.

What the show could use is one paralyzing musical moment, sans humor, that knocks us over. It comes awfully close with a gorgeous full-cast rendition of “The Prayer,” which Dion often duets with Andrea Bocelli — I even saw one audience member clutch his heart during it — but then it cuts off abruptly. A moment of serenity, here and there, would make the laughs even bigger.

Yet, as it is, “Titanique” is the ideal commercial off-Broadway show. It knows who its audience is — the sort of people who choose to listen to the eight-minute version of “It’s All Coming Back To Me Now,” and then click replay — and works hard to shamelessly entertain them.

Right now, the musical plays through Sept. 25. But must it sink so soon?

Why Did These Sperm Whales Adopt a Disfigured Dolphin?

The Magnet That Made the Modern World