A stranded bride hitchhiked to her own wedding in London after failing to catch a cab ride to the church in a wild adventure fit for the big screen.

The thrilling ordeal was captured and recounted on TikTok by Marksteen Adamson, the gracious stranger who saved Anastasia Medvedskaya’s big day.

Adamson was driving through London to meet friends for lunch when he spotted Medvedskaya in a white gown, flower crown and veil looking “confused and flustered” in a pedestrian crosswalk, he wrote in a caption for the video.

He took out his camera to capture the unique moment when the bride began to flag him down and ask for a ride to the church, where her groom and guests were waiting.

“Everyone, most importantly her husband-to-be, were waiting at Holy Trinity Brompton for her to arrive,” Adamson said.

Medvedskaya explained how she had been trying to hail an Uber to the church, but three different drivers from the ride-sharing app had canceled on her at the last minute, leaving her 45 minutes late to her own wedding.

Anastasia Medvedskaya walks to Marksteen Adamson’s car after she flagged him down and ask for a ride to the church.marksteenadamson/TikTok

Adamson didn’t hesitate and told the bride and two people in her wedding party to “jump in” to his Land Rover and they all headed to the chapel.

The trio pile into the back of the vehicle and Adamson turns the camera onto a smiley Medvedskaya to ask her to tell him again what she’s doing, the video shows.

She repeats the address of the church, which is about a 10-minute drive away, and asks Adamson to “Please hurry up” in the climatic movie moment.

Adamson said during the car ride, they made small talk and learned about each others’ lives.

“In our short time together we had lots of quick short conversations about everything and got to know each other a little better and new friendships were made,” he said. 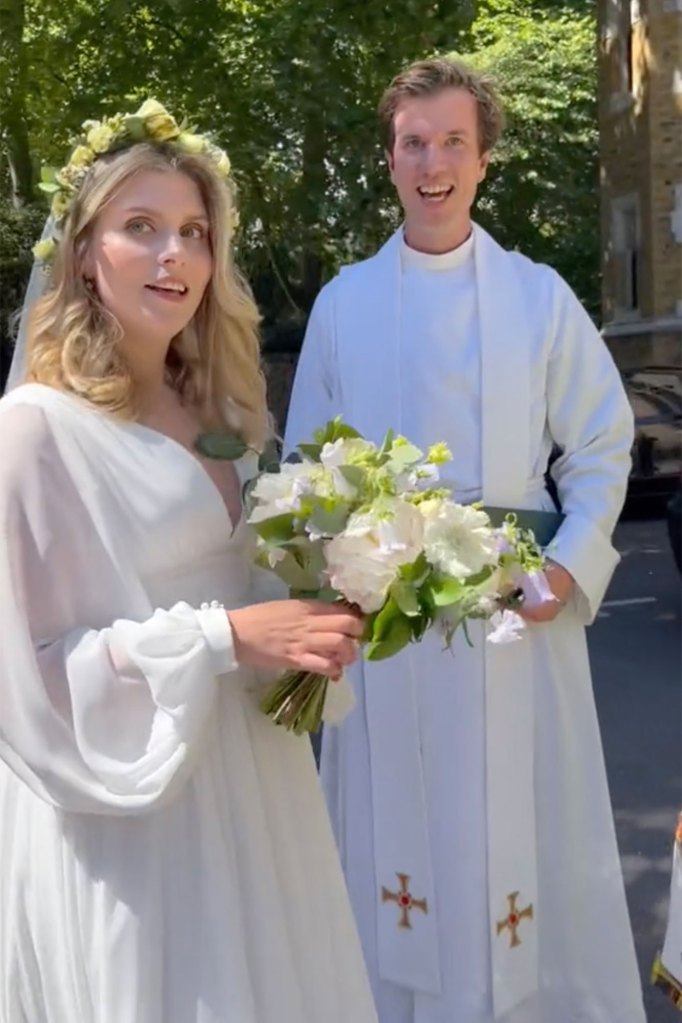 Anastasia Medvedskaya was able to make it to her wedding safely, where she was met by the vicar when she arrived.marksteenadamson/TikTok

The video ends with Adamson delivering the bride safely to the church, where she is met by the vicar who she recounts the tale to.

“After I dropped her off I heard the sound of the organ ring out and knew everything was going to be alright,” Adamson wrote. “It was a beautiful sunny day.”

The TikTok video has been watched more than 730,000 times and commenters gushed over the romance of it.

“This is literally like a movie scene SO CUTE,” one wrote.

“ITS GIVING NOTTING HILL,” another posted.

“I bet this moment made her wedding even more memorable,” another use commented.

How To Change Administrator Name In Windows 11

How do you become a modern marketer?