SEATTLE — Chris Kreider currently sits at the top of the NHL with five power-play goals after methodically tipping in two tallies at the net front in the Rangers’ shutout victory over the Blue Jackets on Friday night at Madison Square Garden.

Making himself a big target and finding the right position in front of the opposing team’s net has seemingly become second nature to the longest-tenured Ranger, who has registered every one of his man-advantage goals so far this season from right around the goal crease.

In the first of his two third-period, power-play goals on Friday, Kreider first helped funnel the puck into the offensive zone before crashing the net, where Artemi Panarin fed him the puck for the easy redirection right over the glove of Columbus goalie Elvis Merzlikins.

Kreider and Merzlikins then began jawing at one another, and when Kreider buried another one in the same fashion during 4-on-3 play later in the period, he turned right to the visiting netminder with some more choice words. That’s just Kreider.

Though the 30-year-old winger didn’t just magically morph into one of the more deadly net front presences in the NHL. Kreider began working at it a long time ago.

“[At] the college level, the coaches were pretty adamant about me trying to play that position,” he said after the win Friday. “I had Greg Brown at [Boston College], and he was pretty confident that would have to be my role as a pro. At one point junior year I actually played a little point on the power play. Yeah, just shot pucks down. But it was a little different, a lot different, more goal line plays.

“When I turned pro, it was more trying to get the goalies’ eyes, trying to kind of create havoc in front. Jumping on faceoffs, putting pucks down low. I mean, I owe a ton of credit to [former Rangers associate coach and current Capitals assistant] Scott Arneil, who worked with me every single day, went over clips with me.

“It’s something that I’ve been working on, I‘m going to continue to try to work on because I think that’s a big part of my game. I feel like I can help that unit win pucks and continue to screen and create havoc for them.”

Chris Kreider scores one of his league-high five power-play goals in the Rangers 4-0 win over the Blue Jackets Friday.Getty Images

It wasn’t until recently that Kreider nailed his net front presence down pat. Even when Alain Vigneault coached the Rangers from 2013-18, Kreider was still getting the hang of it. During Vigneault’s tenure, Kreider averaged six power-play goals per season. Under former head coach David Quinn, Kreider saw a jump in his man-advantage production and posted a career-high 11 tallies on the power play last season.

Sharing a power-play unit with players like Panarin and reigning Norris Trophy-winner Adam Fox, however, Kreider has seemingly elevated his game. 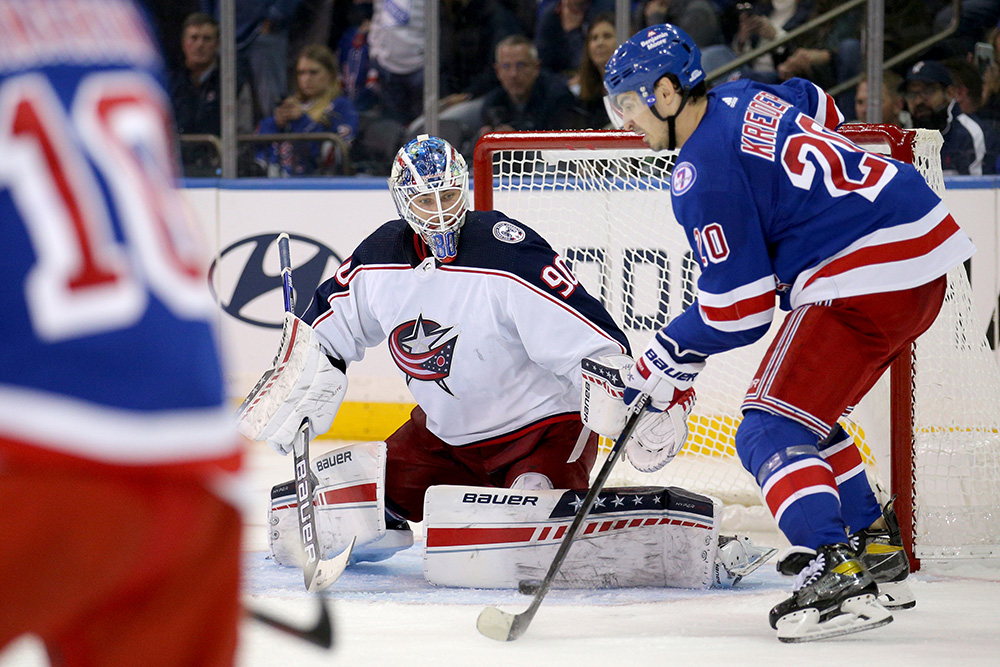 Chris Kreider take a shot from in front of the net.USA Today Sports

“Every year it’s been different over the course of my career,” Kreider said. “A lot of times it was trying to get the goalies’ eyes and trying to get tips. They draw so much attention on the perimeter, as they should. Their ability to hold on to pucks and create lanes. So they’re constantly telling me where they want to be and where they want me to be.

“And I’m asking questions and trying to present my stick, then they can just basically use me as a backboard. A lot of times I could close my eyes and [Panarin] would probably still hit me right on the stick, same with Foxy, Mika [Zibanejad] and [Ryan Strome].

“It’s just about us all trying to get on the same page so the puck can move quickly and we can get those chances.”

How Supergirl Revamped Superman IV's Story And Made It Work

3 Steps for Your Diversity, Equity, and Inclusion (DEI) Initiative