Anya Taylor-Joy continues crafting dangerous and mysterious characters in her new role as Sandie in Last Night in Soho. Costarring Thomasin McKenzie, Matt Smith, and Shadow and Bone‘s Jessie Mei Li, the film is best described as a feminist revenge thriller. Taylor-Joy’s Sandie is a naive femme fatale, desperate for her big break in 1965 Soho. Sandie plays foil to McKenzie’s Eloise, a fashion student in prepandemic London, who begins to relive Sandie’s disturbing memories as if they were her own. While Sandie inspires Eloise’s debut collection, personal style becomes a way for her to connect with — and study — her muse.

Costume design by Odile Dicks-Mireaux illustrates Sandie and Eloise’s mirrored experiences between the 1960s and 2010s. The principal costumes for Last Night in Soho begin with Eloise’s newspaper gown and Sandie’s tent dress, which quickly becomes Eloise’s main design inspiration. “I was looking at high fashion and pictures from old Vogues, and the choice was wonderful. These beautiful ball dresses of the late ’50s were very sculptural, which was so very exciting,” Dicks-Mireaux told POPSUGAR. “That was the perfect path to go down for the newspaper dress.” For Sandie’s peach dress, called the “tent dress” by the designer, Dicks-Mireaux took a slightly different approach. “I definitely went to paper patterns, looking at the sort of things that ordinary people could achieve and make, and I got caught up in that,” she said. “Then I found that Monica Vitti had worn a dress similar to the tent dress in the ’60s with Terence Stamp, so I thought, well, that’s a good connection, because we’re going to have Terence Stamp in the film.” 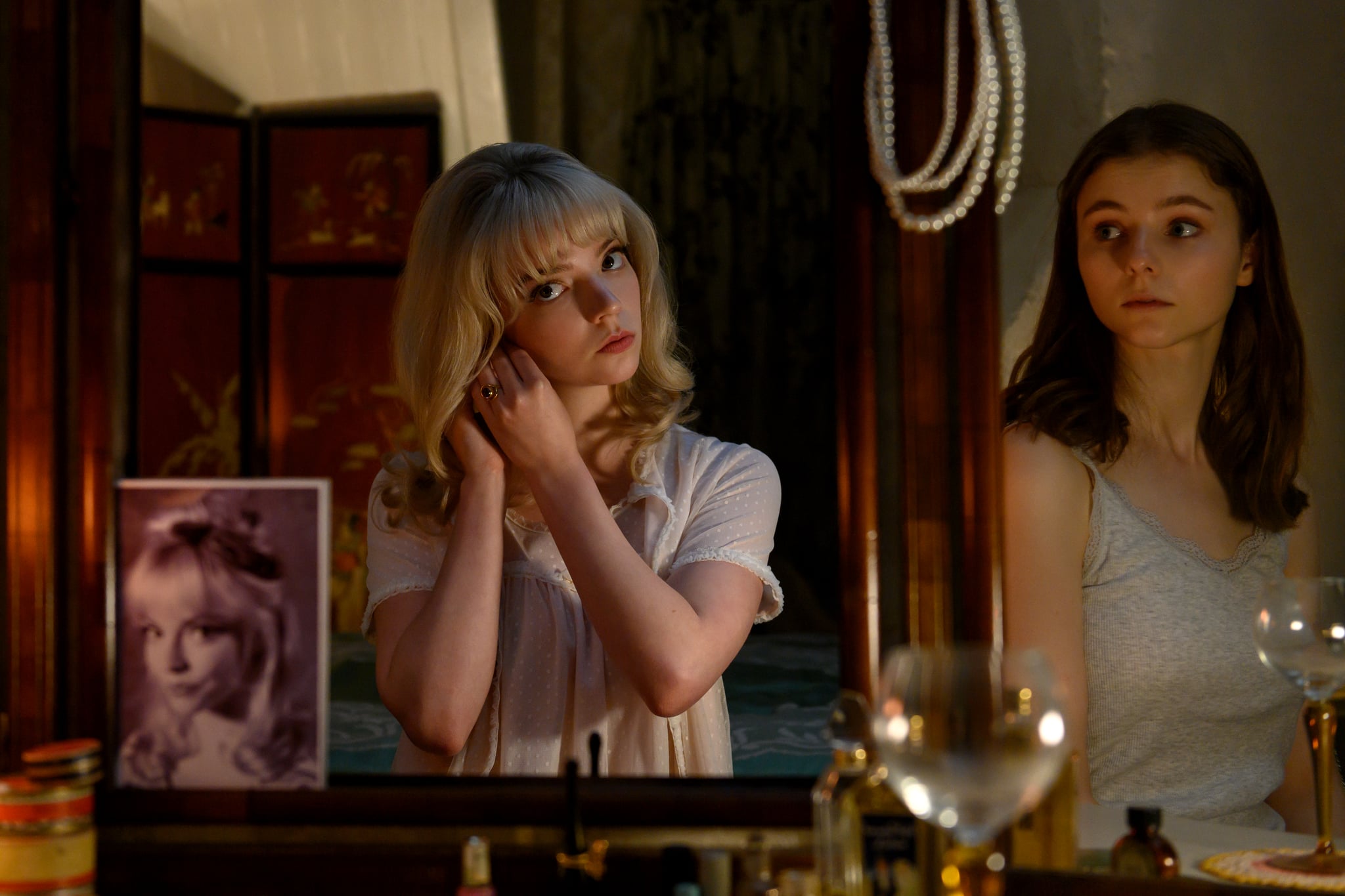 Sandie’s peach tent dress is Eloise’s first inspiration for her own collection, and from there the story follows Sandie’s black lace dress, her burlesque costume, then a red minidress, and a white patent trench coat worn by both Eloise and Sandie throughout time. “The story was that she [Sandie] would be more covered up, more sophisticated at the beginning, and then when she goes to the red dress, she’s got to attract a lot of punters, and she’s further along her downward journey,” Dicks-Mireaux explained. She and her team modelled Sandie’s 1965 wardrobe from mood boards, research, and films curated by director Edgar Wright (also known for Baby Driver and Hot Fuzz). “One of the films that inspired me a lot was Darling (1965),” Dicks-Mireaux said. “Julie Christie in Darling.” Sandie’s wardrobe was also inspired by 1960s paper patterns by Nina Ricci, and Vitti’s character in the 1966 film Modesty Blaise, which costars Stamp. 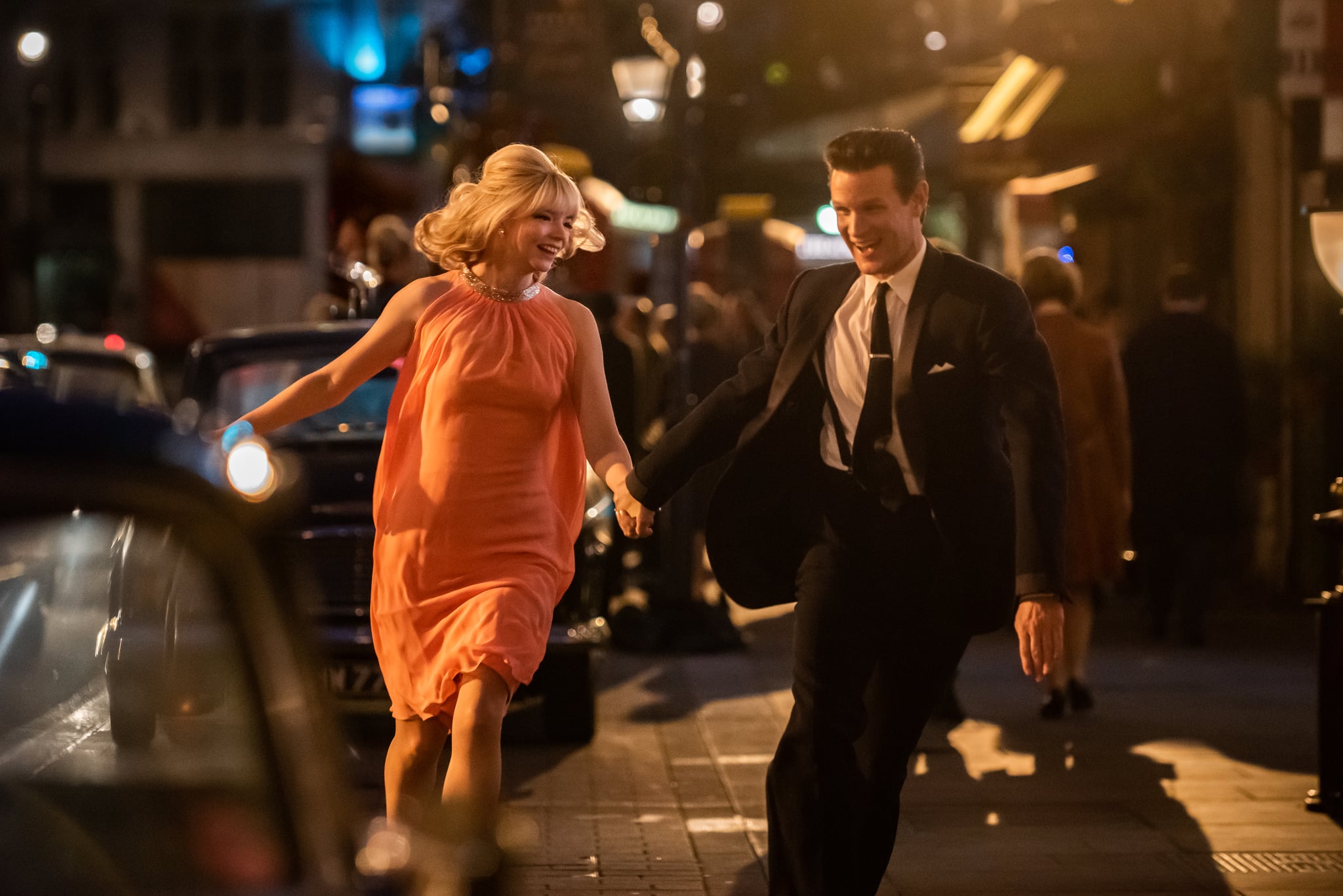 “The black lace dress was still her hope and sophistication,” Dicks-Mireaux said. “I found a picture of a pattern by Nina Ricci and thought, oh, that’s great!” The black lace dress particularly worked because it was a combination of two fabrics, much like the peach chiffon tent dress. She used Sandie’s dresses as opportunities to create a mirroring effect with Eloise’s wardrobe, by using two different types of layered fabric to construct many of the looks. It was also important for the designer that Sandie and Eloise’s costumes were “light and airy”. The chiffon layer of the peach dress adds a lightness to the look, as is the case with the lace layer of Sandie’s black dress, the organza bow of her red dress, and even the netting on the shoulders of her burlesque costume. “Both Anya and Thomasin are quite young and somehow that seemed right for their ages, rather than maybe an older, more mature young lady,” Dicks-Mireaux added. 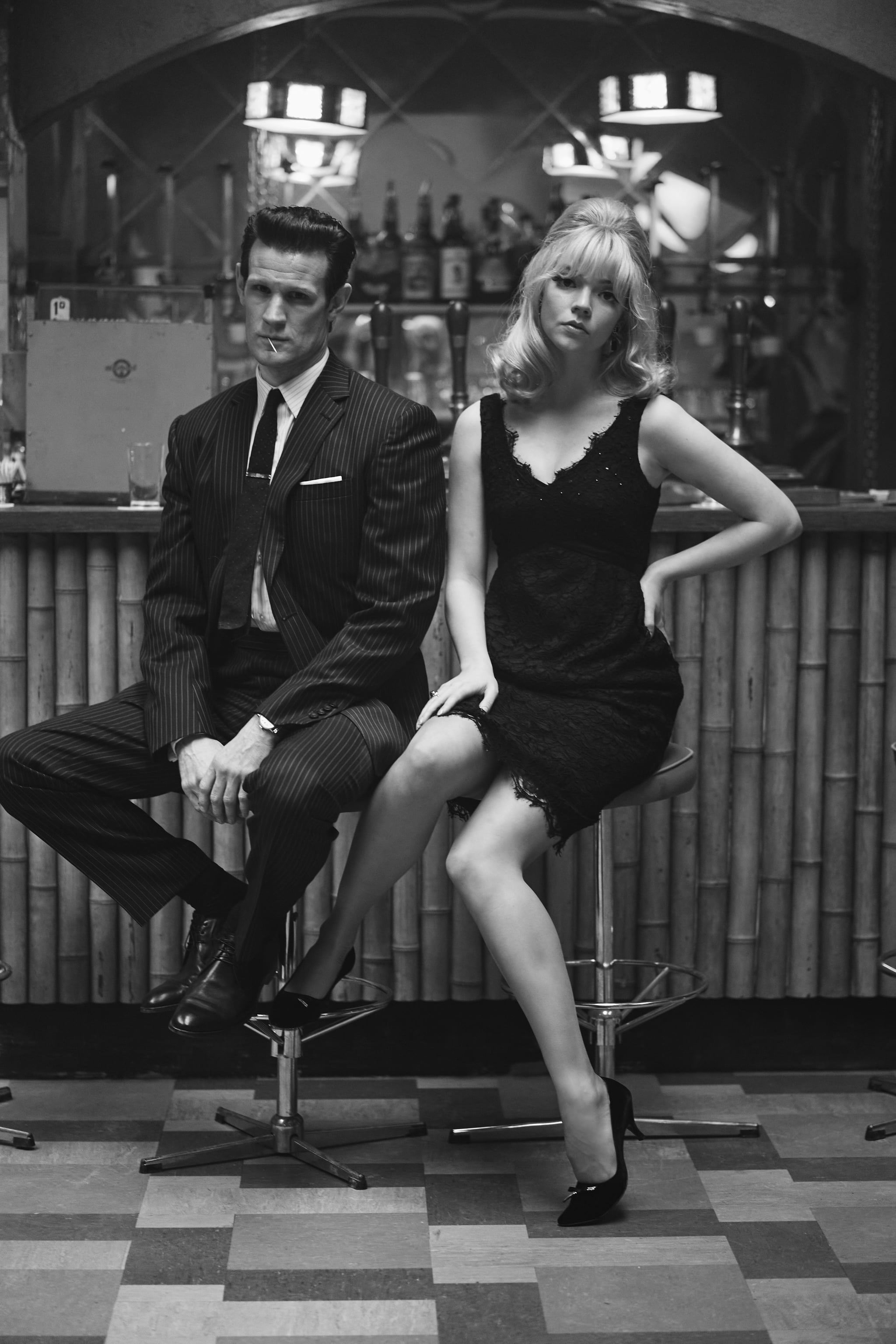 The principal costumes were created bespoke with fabrics that were authentic to the time, but the majority of the costumes were carefully sourced vintage pieces. “It would be impossibly difficult to do everything, so you start by collecting vintage pieces to try on the actors to get the shape,” she added. “At the end of Anya’s story in the basement club, all those pieces are vintage. None of those were bespoke. All the underwear she wore was vintage, and that worked really well. Then when we were collecting the costumes for the crowd, we went to different costume houses in Paris and in London.”

Once the vintage and bespoke costumes were sorted, Dicks-Mireaux and her team collaborated with Phoebe English and local fashion and art students to create Eloise’s debut collection. Ellie’s final collection included gender-neutral pieces inspired by Sandie’s principal looks, but reimagined through a futuristic lens. “As a designer, you can’t necessarily design everything yourself,” she shared. “You have to bring in people around you. I had a very young, great team who were buying all the modern clothes. I also had a young girl helping me who’s straight out of art school. She got me into the art school to look at what fashion students were wearing as well, and that’s the fun of the job. I’m supposed to know everything from medieval to the present day, so you need a good team around you.”

A good team might be the best advice from an award-winning costume designer, but Dicks-Mireaux also admitted that “growing up through the ’60s” is a massive help. For creating a modern ’60s wardrobe, she suggests making something with paper patterns and checking out one of the numerous £3 fabric warehouses. “That’s what I did, that’s what my mum did. The shapes are relatively simple. You don’t need a lot of fabric if they’re short, and you can have the joy of taking the Courrèges world. You can create a fashion of your own quite easily, and use color. It wouldn’t take long to make something!” 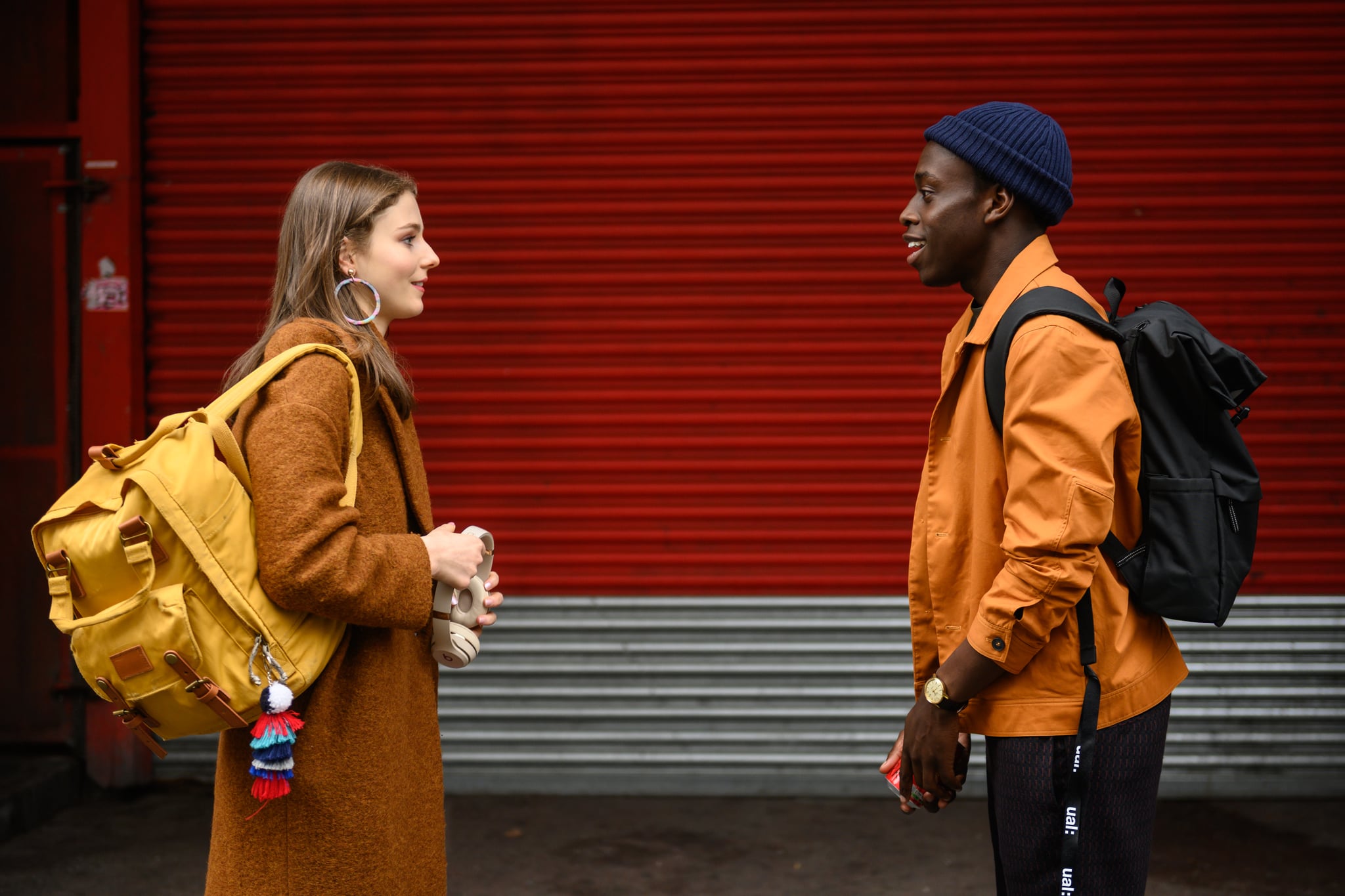