Who are the 8 uncapped Boks that will do battle this season and what do they bring?

Springbok head coach Jacques Nienaber sprung numerous surprises in his 43-member squad that will do battle for South Africa this international season, starting with Wales in three Tests at home next month.

Evergreen 35-year-old fetcher Deon Fourie was juxtaposed with his Stormers team-mate Evan Roos, the 22-year-old who is the youngest of the newcomers.

Nienaber and his selectors have clearly been watching a lot of United Rugby Championship (URC) as they have rewarded most in-form players from the competition, bar Bulls hooker Johan Grobbelaar and Sharks No 8 Phepsi Buthelezi.

Who are the eight uncapped Springboks and what brought them to the fore?

“Mr Prove Them Wrong”: The Stormers eighthman was initially omitted from Springbok alignment camps before putting on a fiery, vengeful performance against Glasgow (in a 32-7 win) that had SA Rugby director of rugby Rassie Erasmus backtracking.

“Well done Evan Roos, that’s how you react to [disappointment] and make sure you can’t be ignored!” – Erasmus tweeted.

Without Duane Vermeulen, who is reportedly suffering from a knee injury, Roos might have the inside lane on the No 8 jersey, despite Kwagga Smith and Jasper Wiese’s presence, both of whom deputised in the position last year. The Sharks loose-head was one of the biggest surprises of the squad, although his call-up really happened a week prior, when he was called into the Bok camp with his teammates after they crashed out of the URC.

He is one for the future and a perfect understudy for Ox Nche, who is battling Stormers captain Steven Kitshoff for the No 1 jumper.

The 23-year-old has made his impression as a hard-running front-rower in the loose but will need to be indoctrinated in the dark scrumming arts.

No matter how well Fourie played in the URC this season, a Bok call-up wouldn’t have been at the forefront of his mind. As crass as that sounds, it can be freeing of obligation to conform. He was himself throughout the season.

In the end, Bok management took notice of not just his supernatural poaching ability but his effect on the dressing room culture in a young Stormers team that was written off before a ball was kicked this season. Although he was injured for chunks of the URC, Moerat (24) has been on the Springbok radar for years.

He eventually earned his first call-up for the UK end-year tour last year but didn’t earn a Test cap. His quality, though, shone when the Stormers needed it most during the latter stages of the competition, where they powered to the SA Shield and, deservedly, into the final against the Bulls this Saturday. You have to be special to draw the awe and attention of Bok management during a time when they are blessed with so many ball-playing outside backs to choose from.

But Kurt-Lee Arendse has proven he can scale the highest peaks despite his size and has been buoyed by the faith his Bulls coach Jake White showed in him throughout the URC.

He is cut of the Cheslin Kolbe cloth and, like Mchunu, will learn plenty from being in the environment, although game time might be limited. 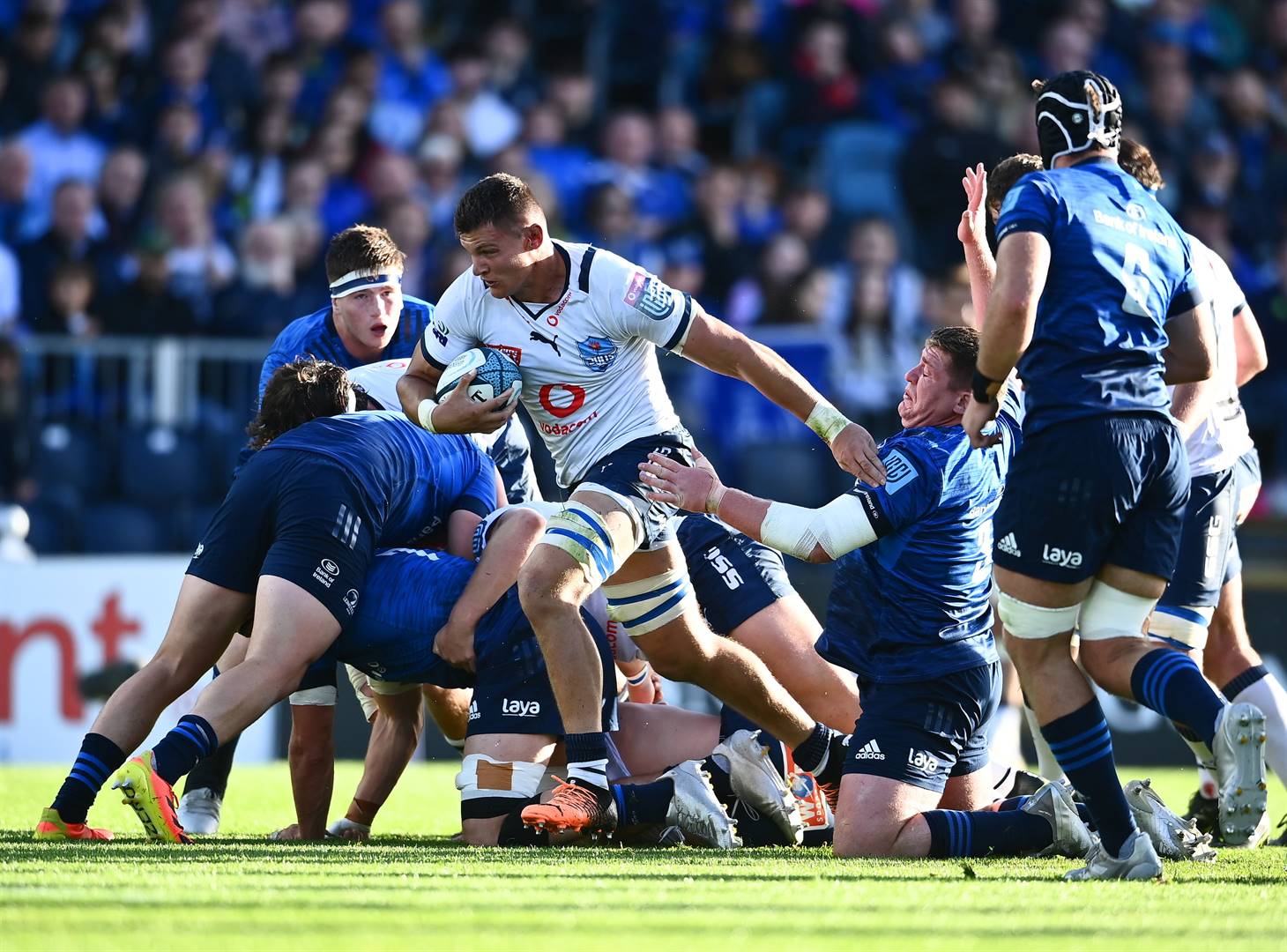 Another in the line of back-row enforcers who are looking to fill the Vermeulen void. Louw was a bit of an outside pick, judging from Springboks initially not giving too many hints that they would look in his direction.

But the aggressive No 8 has already proven at Loftus that he can fill Vermeulen’s boots, so it’s only natural that he gets an opportunity to show he can do the same at a level higher. Nortje is one of the most exciting prospects in this Bok squad. He is natural in the second row and gets busy in open play as well as the breakdown.

As a lineout merchant, his guile and wit couldn’t have been more evident than when he led a Bulls onslaught against fearsome Irish side Leinster in the URC semi-final. He will not likely end the year without a cap near his name. Williams is one of four scrumhalves picked in the 43, although the fifth, Cobus Reinach, has been asked to hang around and finish his rehabilitation within the setup.

The Sharks No 9 may be playing second-fiddle to teammate Jaden Hendrikse at the Sharks but, as a “Bomb Squad” option, he looks the far livelier and pacier player of the lot, Herschel Jantjies included.

His ability to quicken the pace, and his actual running speed, are tantalising propositions.

The Morning After: An extended look at Bethesda’s space epic, ‘Starfield’

Is Waxing Better Than Shaving for Sensitive Skin? –

Why Does Emily Mariko Put An Ice Cube In Her Rice?

8 Nutritious Meal Plans for a Healthier Life (with Shopping Lists!)