A luxury Manhattan condominium featured in the hit HBO drama Succession that boasts 22ft ceilings, six skylights, two powder rooms, a private outdoor terrace with views of downtown, and a resident-only swimming pool and wine-tasting room can be had for $23.3million.

The duplex property, Pavilion A, is located on the 29th floor of 2 Park Place, which is the address of historic Woolworth Building, in the Tribeca section of Lower Manhattan.

Two years ago, the property was listed for $30million.

Succession fans would recognize the condo as the backdrop for the show’s drama as the home of Rava Roy, the ex-wife of Kendall Roy. Rava Roy is played by Natalie Gold and Kendall Roy is portrayed in the series by Jeremy Strong. 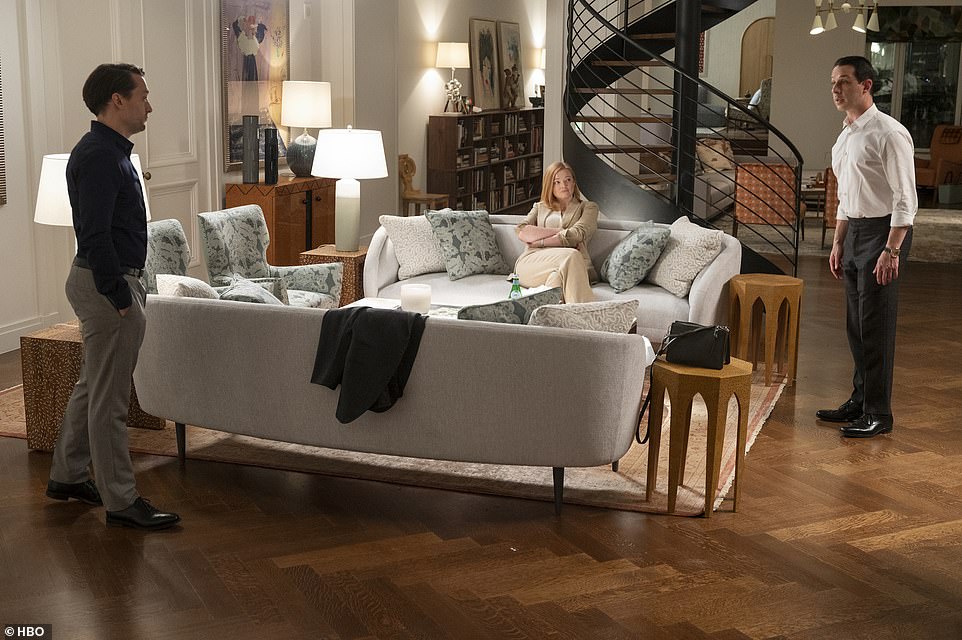 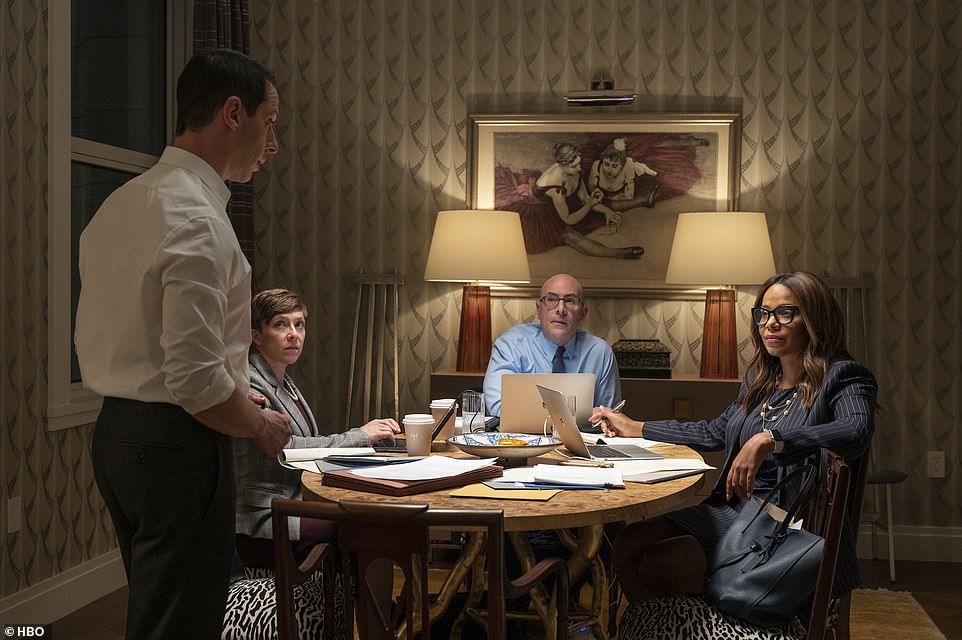 HBO plans to bring back Succession for a fourth season as the show has proven a hit with audiences who subscribe to the streaming service HBO Max. The image above shows a scene from the show as filmed in the condo 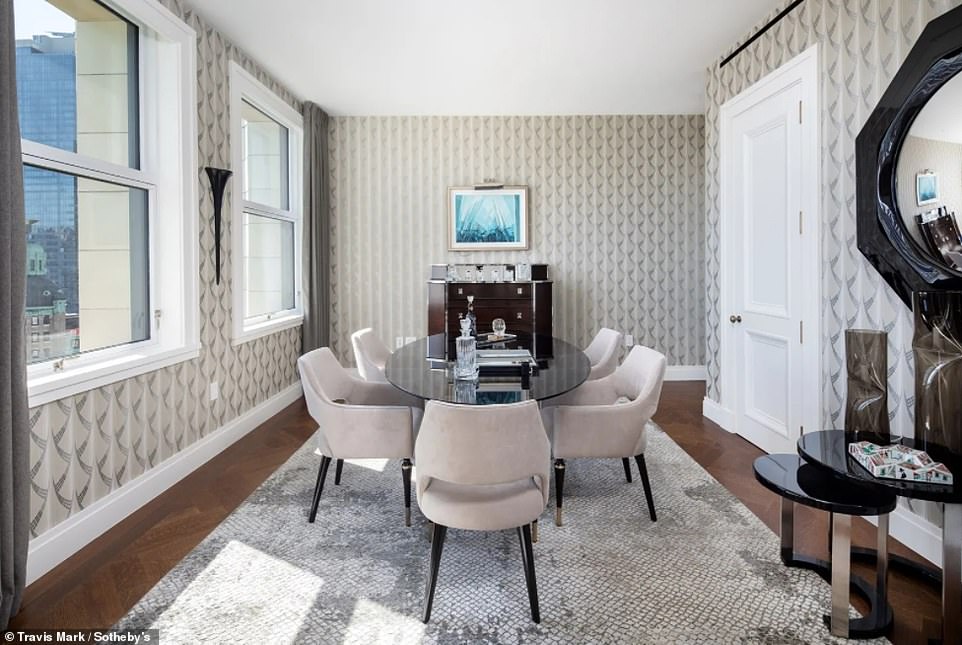 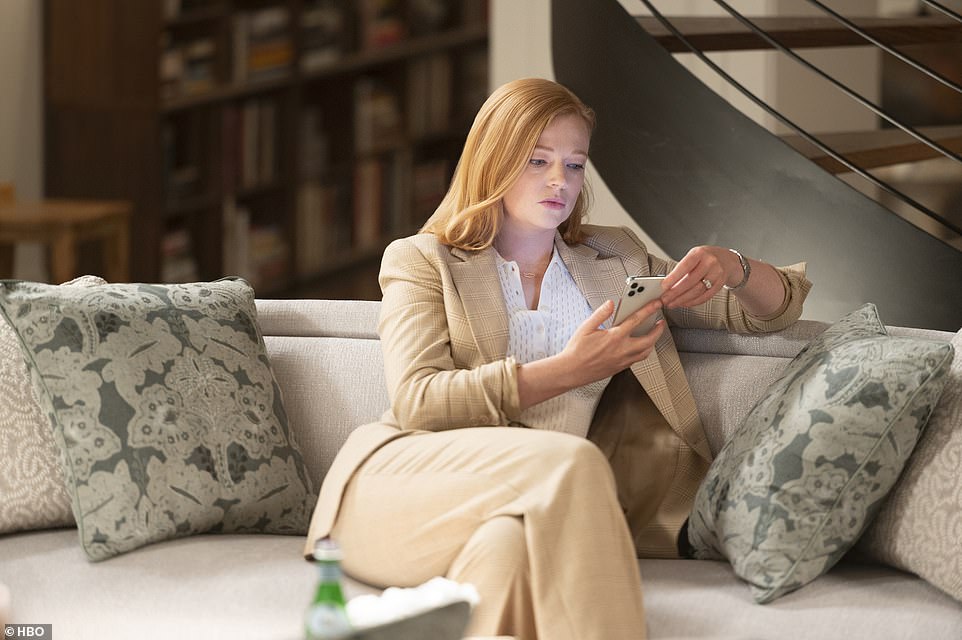 Sarah Snook, who plays Shiv Roy, the youngest and only daughter in the Roy family, is seen above inside the condo during a scene in the second episode of the third season of Succession

Succession tells the story of Logan Roy’s children and their battle for control of Waystar RoyCo, the global media giant, which is facing an uncertain future due to the founder’s failing health.

HBO plans to bring back Succession for a fourth season as the show has proven a hit with audiences who subscribe to the streaming service HBO Max.

The five-bedroom, four-bathroom condo spans more than 6,700 square feet of indoor space as well as nearly 2,800ft of an outdoor duplex terrace.

The kitchen includes custom-made cabinetry by DADA, the luxury Italian furniture giant, as well as marble countertops, a wine fridge, and two dishwashers. 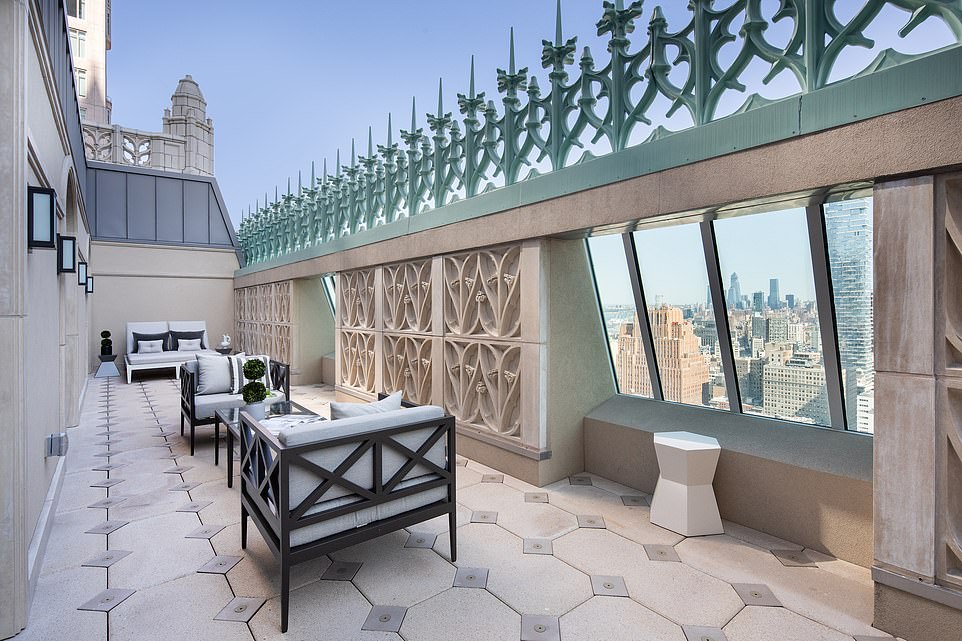 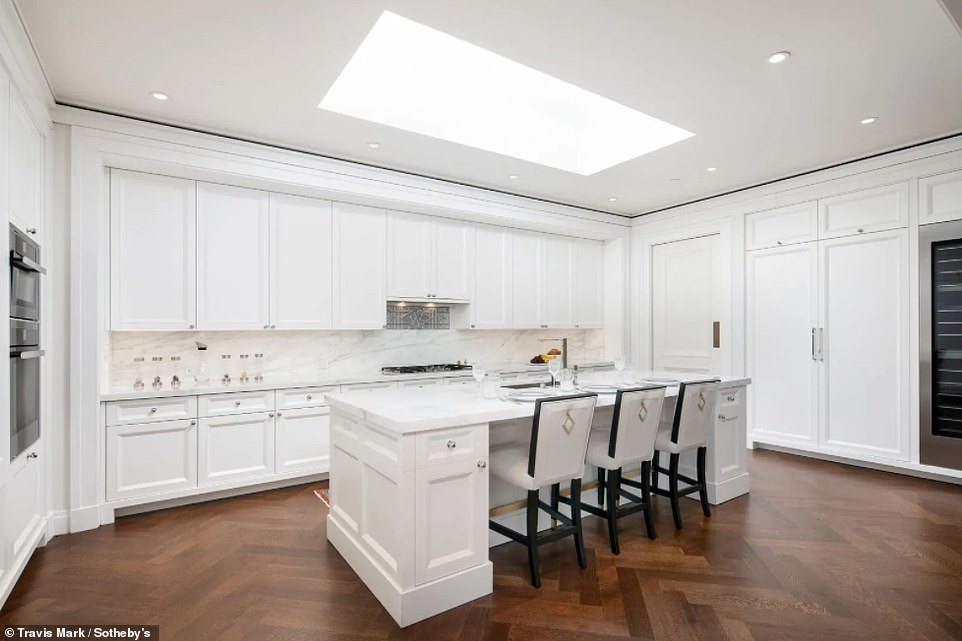 The kitchen includes custom-made cabinetry by DADA, the luxury Italian furniture giant, as well as marble countertops, a wine fridge, and two dishwashers 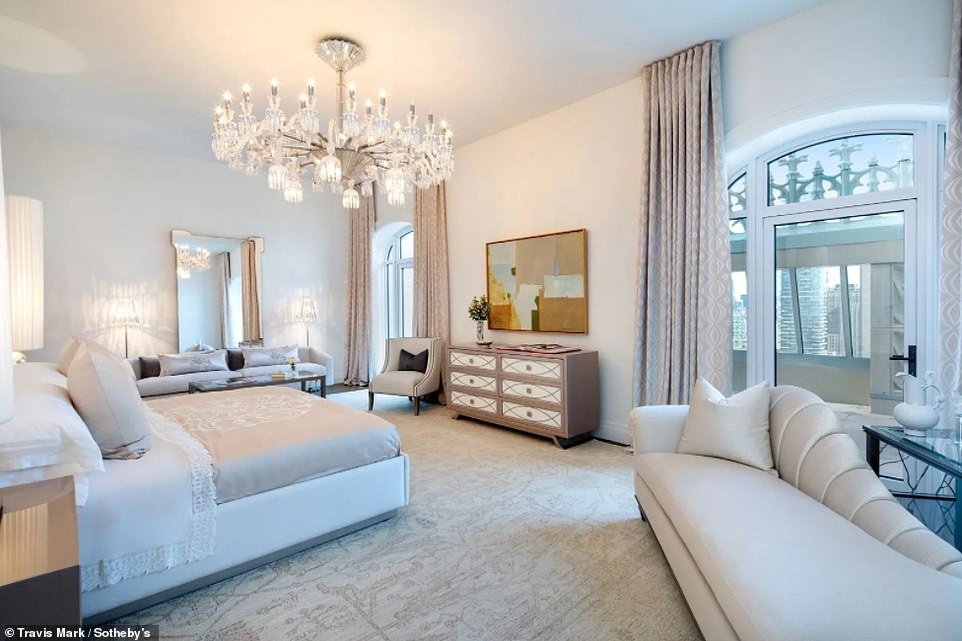 As if one open kitchen is not enough, there’s a morning kitchen in the master suite, which also has private access to the terrace and a walk-in closet 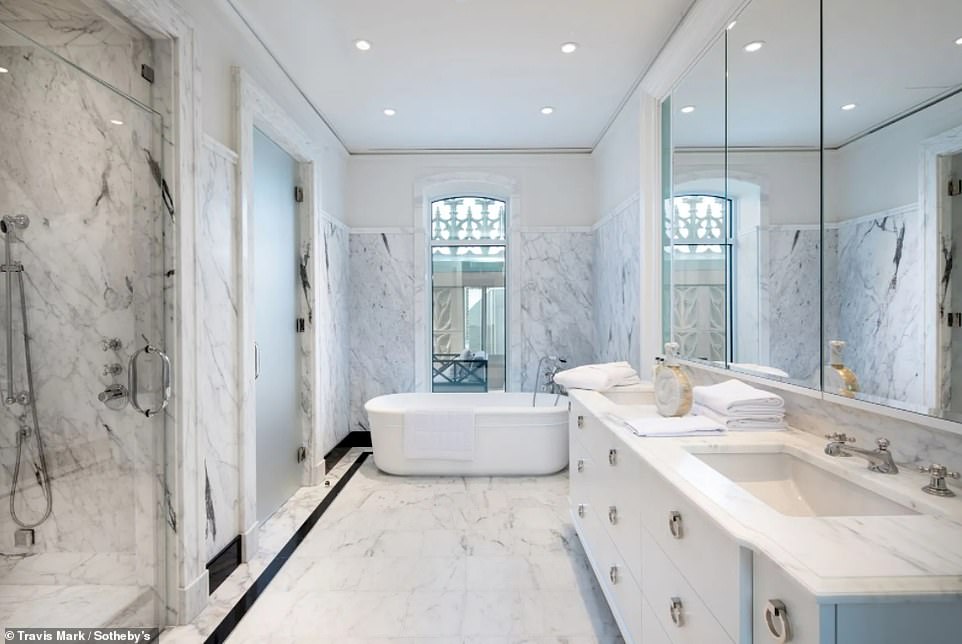 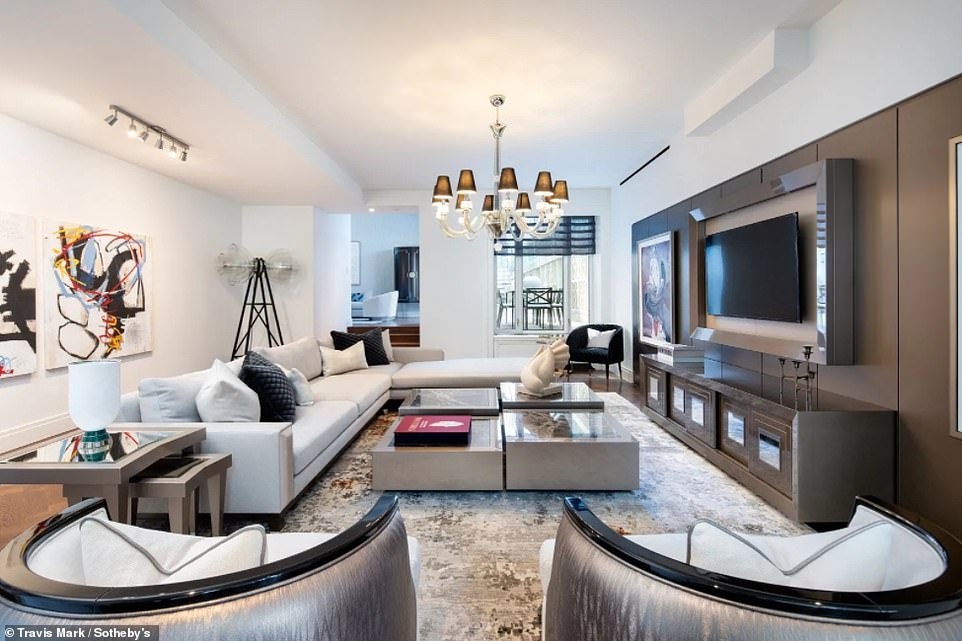 History of the Woolworth building

Near the kitchen is a 52ft long great room.

As if one open kitchen is not enough, there’s a morning kitchen in the master suite, which also has private access to the terrace and a walk-in closet.

There’s also a fitness studio inside the building that is only accessible to residents.

The prices of the luxury condos ranged from $3.5 million to $79 million for The Pinnacle, the massive penthouse which takes up floors 50 to 58 and offers panoramic views of the Manhattan skyline and New York Harbor.

The skyscraper was designed by Cass Gilbert and completed in 1913.

It supplanted the 700-foot-tall MetLife Tower in the Flatiron District as the world’s tallest and named for discount-store pioneer F.W. Woolworth, who paid $13.5million in cash for the project.

It remained the tallest in the world for 17 years until being eclipsed by the 1,046-foot-tall Chrysler Building.

Woolworth’s five-and-dime stores were the first to allow customers to examine what they wanted to buy without the help of a sales clerk.

He also created fixed prices for items by buying merchandise directly from manufacturers, eliminating the common practice of haggling

His building, nicknamed ‘The Cathedral of Commerce,’ housed a Woolworth’s in the first one-and-a-half floors and kept it its headquarters in the tower until 1997, when it was eventually run out of business by a new generation of retail competitors, such as Walmart.

Horn’s Alchemy Properties was the company charged with converting the top floors of the building to residential use.

Converting it into a penthouse was a challenge because there weren’t enough windows in the crown of the building to satisfy the city’s minimum light and air requirements.

Alchemy petitioned the city’s Landmarks Preservation Commission to add six windows and expand existing ones to bring the unit up to code, according to the Wall Street Journal.

There were also 3,500 pieces of damaged terra-cotta on the building’s façade replaced.

Residents of the building have access to amenities, including a spa with a sauna and hot tub, a fitness studio and a wine cellar and tasting room.

Woolworth’s private basement pool has also been restored for residents to use.

Among the many amenities, the building also features a residential lobby that has been fully restored from Woolworth’s private office, where the retail mogul cemented his legacy in the Big Apple.

The lower levels are still leased for commercial use.

The building is located beside City Hall Park, Brookfield Place and the Westfield World Trade Center. 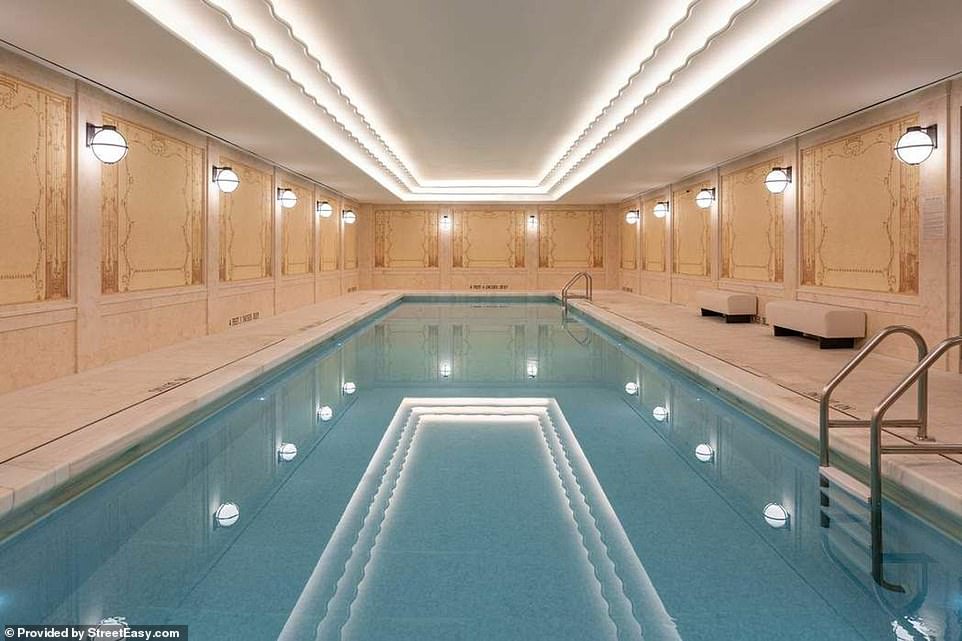 Frank W. Woolworth’s original pool has been restored for residential use 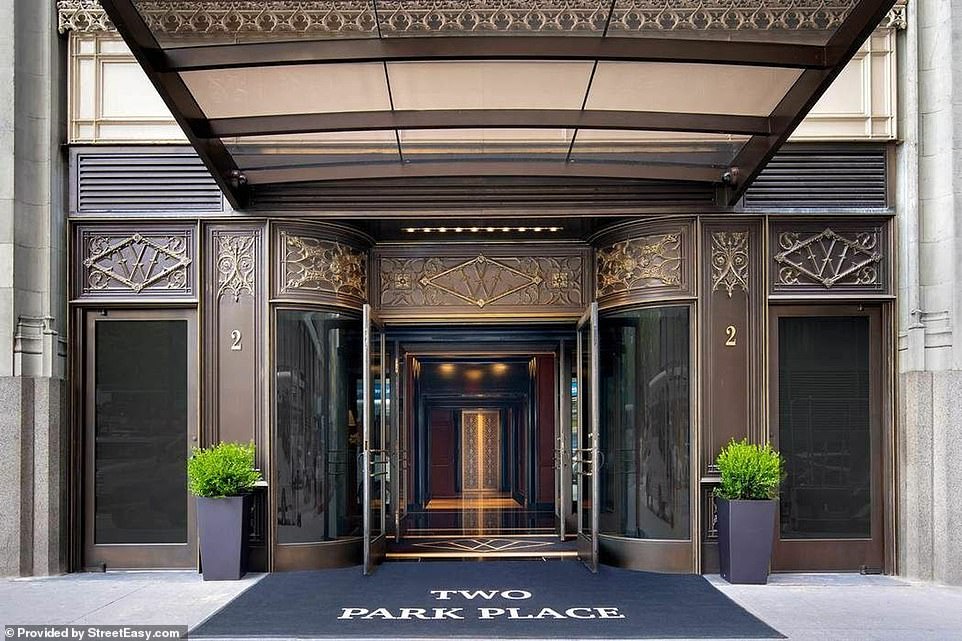 The property is located at 2 Park Place, in the Tribeca neighborhood 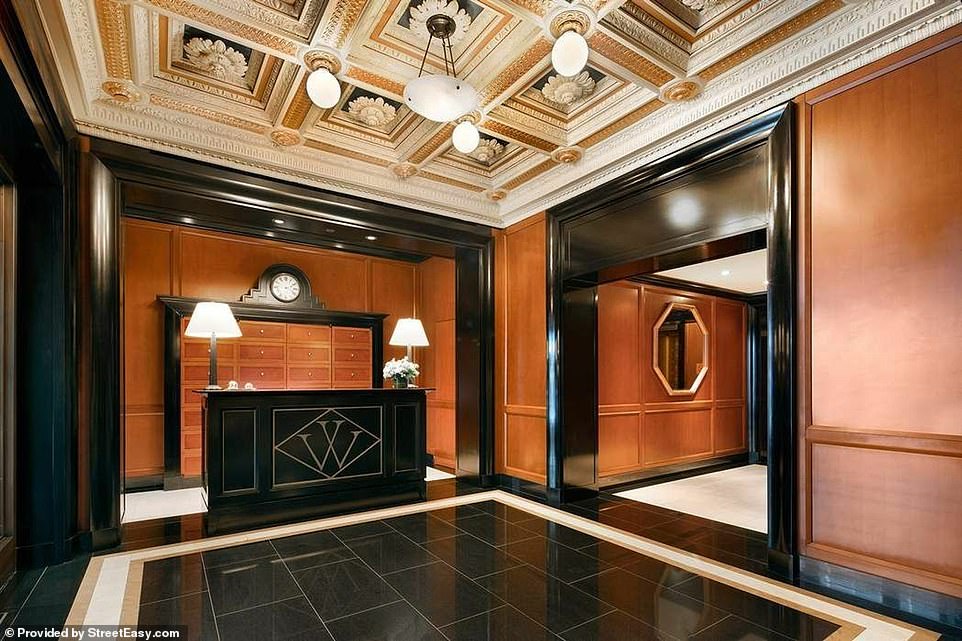 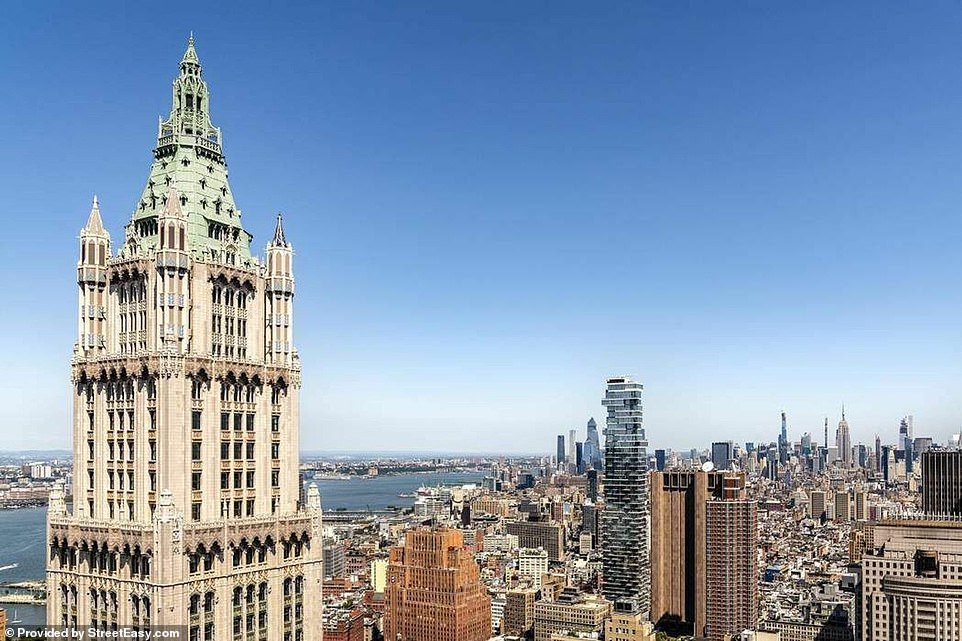 The 792-foo-tall Woolworth building, constructed for giant Frank W. Woolworth, was the world’s tallest building when it opened in 1913. It was dubbed the ‘Cathedral of Commerce’ 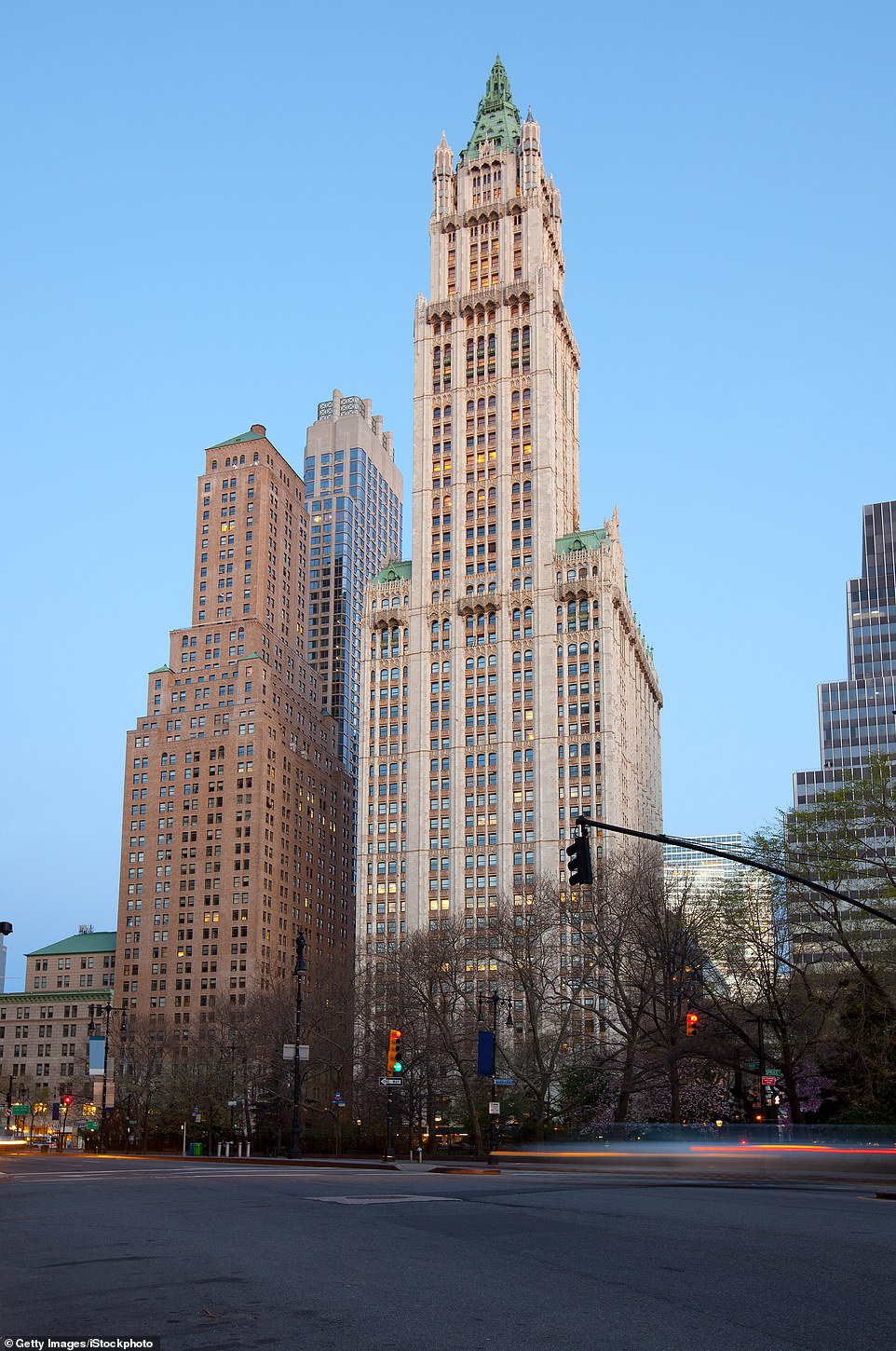 The 11 Most Frequently Asked Questions