Not enough? Here’s the challenge of moving even four HIMARS

I both love and hate Ukrainian aid announcements from the Pentagon. Here’s the latest:

I love them because hey, Ukraine is getting more of what they need to win this war. And the inclusion of HIMARS (more here) will mark a significant upgrade in Ukraine’s ability to beat back the Russian aggressors, just like Ukraine credits the M777 with helping it hold the line in the eastern Donbas front. This new aid package brings the US contribution to around $5.3 billion so far, with another $10.3 billion available as part of the recently passed aid package. So yes, this is exciting. So why do I also hate it?

Each announcement of aid, whether from the United States or any other ally, is inevitably accompanied by a chorus of wailing and complaining: it’s not enough, it’s too late, it’s taking too long, why won’t they do more, etc, etc, etc. Amazon has pre-conditioned people into thinking Ukraine could just order up whatever, and hey, there it is three days later with free shipping!

You might think, who cares that someone is wrong on the internet! (And to be clear, I don’t see it here, I see it in other social media outlets). It matters because such thinking is counter-productive, ignorant, and stupid, and betrays a lack of understanding of the actual situation.

First of all, Russia’s entire annual military budget is $60 billion, and that includes a large navy, tactical nukes, strategic air defenses, and other big-ticket budget items. The United States alone is on track to deliver 25% of that budget to Ukraine in a matter of months, with billions more donated by other partners. (Ukraine might even be close to actual parity given the amount of grift in the Russian armed forces.) The investment the U.S. and its allies have made in this war is massive and remains open-ended. Systems, supplies, ammunition, and parts are being delivered daily. But people seem to forget all that other stuff, or don’t care. They see “$700 million” as if that was the sum total of war assistance. Same people will have the same reaction next week when the next tranche is announced.

Second of all, it’s not too late. This war isn’t going anywhere anytime soon. Do we wish Ukraine had all this stuff earlier? Sure! Even better would’ve been before the war began! But no one knew how quickly the war would end. It wasn’t too long ago that the U.S.  dumped billions of dollars in military equipment on a weak government. It was possible that Ukraine could’ve pulled an Afghanistan, and it wasn’t unreasonable to let the first few weeks play out. The initial tranche of weapons helped Ukraine survive the schock-and-awe of those first few days and weeks of war. Ukraine had to prove it was worthy of the investment, and it did. Harsh but true.

Next, logistical lines had to established, first by establishing a supply hub near the Ukrainian border (at Rzeszow, Poland), getting those supplies across the border (in a way that made it hard for Russia to interdict), and then distributing it to the front lines in wartime conditions. Nothing about logistics is easy, even in the most peaceful conditions, so the way the allies and Ukraine developed theirs on the fly and in a war zone will be a great book someday. So at the start, it was a challenging enough getting Javelins, rifles, helmets, and Stingers to the front lines, forget trying to move equipment and weapons weighing in the tons. All of that had to be scaled up. And in just three months, they have.

Take HIMARS. The vehicle weighs 18 tons. That’s a lot, sure. But the ammo is the real beast. An MLRS/HIMARS pod carries six missiles, and weights 2.5 tons. That’s a single volley, enough for just seconds of firing time, and each one weighs 2.5 tons. 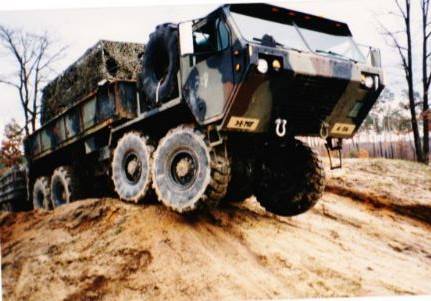 HEMTT from my platoon, carrying an MLRS rocket pod.

There’s been no talk about support vehicles, but Ukraine will need HEMTTs to lug these pods. Lots of them, since the bottleneck to the HIMARS (and M270 MLRS donated by Germany and the U.K.) will be the ability to supply and transport these rocket pods. Each truck can carry two pods, four if it has a trailer. So we’re talking 5-10 tons of rocket pods on a single truck, or enough for about 30 minutes of fire missions given HIMARs five-minute reload time. (Likely more, because the HIMARS will want to move to a new location to foil counter-battery efforts, but still, you get the point.)

A C-5 cargo plane can carry 140 tons of cargo, or 56 rocket pods—just 10-12 hours of fire missions for a single launcher. And those pods have to travel 1,200 kilometers (745 miles) from Rzeszow, Poland, to the edge of Ukrainian-occupied Donbas. That’s a serious challenge, almost impossible. Like the M113 armored personnel carriers on a ship somewhere in the Atlantic right now, this stuff will need to be shipped via ocean freight from the United States (backfilling German and UK stocks that can be delivered fastest).

And that’s just getting it to Poland. The pods would still need to be delivered by train closer to the front, and then delivered to the HIMARS themselves. That was my job! Yes, I had to make sure everyone in my platoon had food, fuel, water, and maintenance supplies. But that was the easy part. Keeping our launchers loaded with rockets? That was the real challenge. And in our war gaming during peacetime, it was hard to launch more than a few fire missions per day. MLRS/HIMARS are the most logistically challenging weapons system in the U.S. arsenal for a reason.

Wartime makes things both harder, because someone is shooting back, but also easier, because a desperate army will do whatever needs to get done to get those pods to the front faster and more efficiently. But the only reason we’re even talking about this now is because Ukraine has spent three months building, refining, and optimizing their supply lines. There’s no way they could’ve handled HIMARS in the early days of the war. It was hard enough to get troops (and especially their artillery) ammo.

So no, this shipment is not too late, and it won’t be too late when it finally hits the front in about a month. There’s no way this could’ve been delivered sooner, not without impacting the other desperately needed supplies that have been flowing into Ukraine. It’s not as if everyone was sitting around for decisions to be made.

In addition to needing more weapons, an army’s ammunition consumption is frighteningly high. Equipping hundreds of thousands of reservists with body armor, helmets, and rifles is a real challenge. Don’t forget fuel. For three months, those supply shipments haven’t slowed a bit. We still have multiple cargo planes from the U.S., Canada, United Kingdom, Italy, and elsewhere landing at Rzeszow on a daily basis. This operation is massive, it’s ongoing, and it’s been running full-speed from before the start of the war. And those shipments have always reflected Ukraine’s biggest priorities. They’ve called the shots. There were other priorities earlier in the war, but it wasn’t only until recently that they were in a place to beg for MLRS.

Related, people are complaining that it’s taking too long to get these HIMARS to Ukraine. People think three weeks is too long. I can’t believe that they’ll get HIMARS to the front in three weeks! Or better yet, I can believe they can get the launcher there, but as noted, the real challenge is in the rocket pods. An empty launcher is useless. A launcher that fires 1-2 fire missions then sits around for a week waiting for the next ammo shipment is a little useful, but mostly useless. HIMARS and M270 MLRS will have the impact we want it to have only if it is accompanied by an endless stream of rocket pods. That is what is going to take three weeks to set up, to establish those logistics.

Finally, there are those complaining that the four launchers announced is not enough. No matter what is announced, it’s not enough. When the Pentagon announced 18 M777 howitzers, the wails of “that’s it?” were deafening, when it was obvious that it was just the first shipment of many. To date, the U.S. has sent 108 M777s, and there’s nothing saying that more won’t be on their way in the months ahead. Once the proper logistics are established for HIMARS/MLRS, more will obviously arrive.

But again, note that the problem isn’t the number of launchers. Four HIMARS in the middle of Ukrainian held territory in the Donbas can more than cover the entire front so long as it is properly supplied. 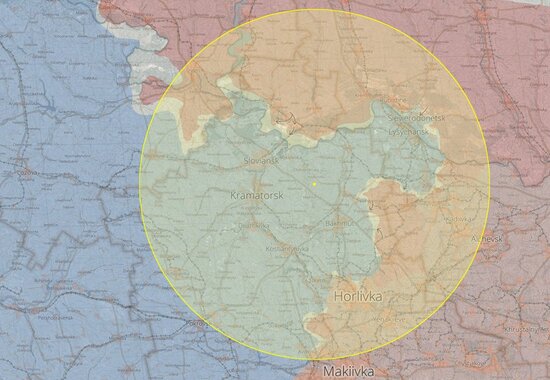 Heck, one HIMAR launcher could do so much damage given a steady diet of rocket pods.

So to sum all that up, the United States has done plenty, delivering what Ukraine has needed at every stage of the war, this initial shipment is by itself an amazing contribution to the war effort, and the delivery timeline is a marvel of logistics.

Here’s what to expect and how to watch the launch event- Technology News, Firstpost

How to Get Tattoos Safely

Who Is Behind QAnon? Linguistic Detectives Find Fingerprints