Black History Month: Lutalo Muhammad – Why I’m proud to be black and British 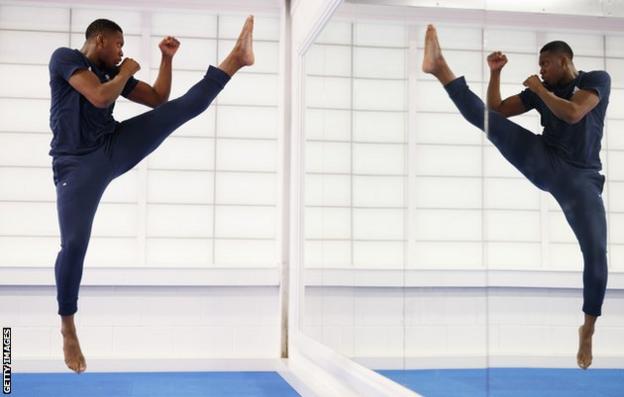 I’ve noticed this year footballers have said their piece for Black History Month. I saw Paul Pogba and some others saying there shouldn’t even be a Black History Month, but a humanity month instead. That’s a great idealistic scenario, but it’s not the scenario we live in.

I’m not coming out with gun fingers against Pogba or anything but I do see that attitude sometimes: ‘oh, we shouldn’t have a Black History Month’ or that it’s racist or it’s bringing up the past. And I’m thinking, well… no.

For me, the reason it exists is clear. It’s born out of necessity. There are stories that have not been told.

We’re exposing now that there are many, many amazing contributions to British history by black people that are not told for whatever reason and we have to deal with that reality.

Until we get to a day where black history is as common in schools as Henry VIII, until those black contributions are celebrated with equal weight to the British history we are taught, then Black History Month is highly necessary. Without it, they would just fade into obscurity.

At the moment it’s a hidden history. But black British history is British history and I don’t think it’s just for black people to know about such triumphs and significant contributions to this country.

For example, we should talk more about the Windrush generation and how they made their lives here after coming over following World War Two.

My grandparents and the majority of the generation that moved here were skilled people. They were welders, cobblers, people that came and literally had the assignment to help rebuild this country.

From what I know from talking to my grandparents, the process wasn’t immediate. Some of that generation had to wait 10-12 years after fighting in the war before they got the chance to come. But that was their mindset: ‘protect the mother country and the reward will be citizenship’. And still, when they came here, they faced a lot of racism, a lot of hate and struggle.

That was the reality they had to deal with and that story should absolutely be told. But I feel like maybe, due to the recent migrant crisis, for want of a better phrase – ‘crisis’ reveals something of how immigration is generally portrayed – a lot of white British people don’t understand that history.

These people were invited here; they didn’t come and sneak in. They had a job to do and they still faced that racism as they raised their families and tried to be good citizens despite the obstacles in their way.

For example getting a loan or finance was impossible for a black person in those days. That’s how pardner came about – ethnic communities pooling their resources. It was like the bank for the black community.

If you’ve got a group of 10 people, each paying in £20 per month, one person gets the full £200 given to them that month. You all pay in and use that big lump sum. This was done out of necessity because, in those days, they’d laugh black people out of the bank. And pardner still goes on to this day. If you went to Moss Side or Brixton you’d still find it. 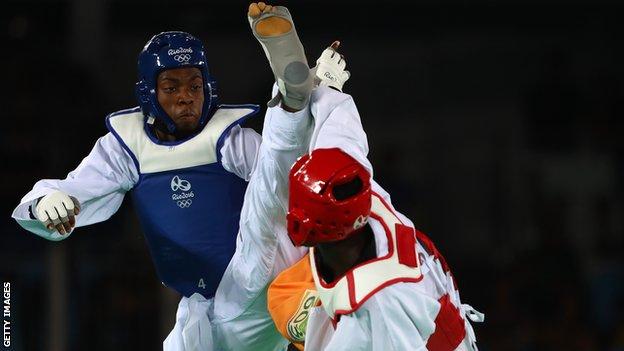 After missing the 2020 Tokyo Olympics through injury, Muhammad is in training for Paris 2024

I also feel like the black British story has been far less exposed even in this country compared with the American one.

If you stop someone on the street and talk about black history or black leaders, they’re going to name Malcolm X or Martin Luther King. This is fantastic. Both men are absolutely critical and there are many others who have transformed world history. However, I don’t feel we celebrate British black heroes to anywhere near the same level.

Even bringing up that point, if you say ‘who should we talk about instead?’ that’s actually difficult for me. Not because we don’t have a rich history but because you have to go out of your way to research and find those British stories.

There’s a few you might hear about – Olaudah Equiano gave us the narrative of a slave for example – but I feel like those stories are far, far less widely told. I think we’ve been terrible at documenting and celebrating things like, who was the first black MP? Those landmark moments of significant cultural achievement.

And when we do talk about black history, and I’m guilty of this myself, we automatically lean towards struggle. As much as I feel like those stories should be told more, equally I want the black success stories. 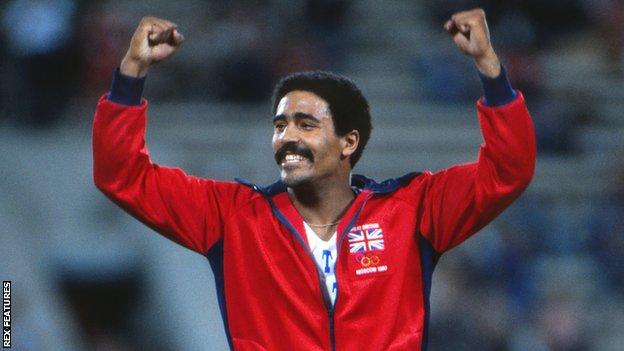 Two of my British heroes growing up were Daley Thompson and Linford Christie. I could relate to them because they not only looked like me but they came from the same place that I did and came up from a similar background.

Daley was so confident and so keen to do it his own way, it just inspired me and it really is the power of representation.

That’s what I really do like about the new generation in football – that representation we’re seeing now.

I remember growing up and what the England team looked like back then. I’m not saying they weren’t great players but sometimes it felt like maybe a token – one or two black guys on a team. But when you look at the last Euros we’re seeing a truly diverse team.

I’m just thinking, wow, what’s that representation doing for young black children up and down the country where they can see these superstars and identify with them? It’s fantastic on a sporting level but also on a representation level. I know that would’ve blown my mind as a youngster. 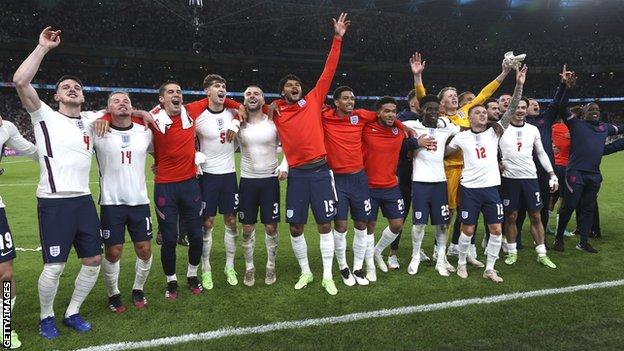 So my opinion would be, get as much out of this month as possible and hopefully this can be the start of something more long term – a wider movement for black British stories to be unearthed, uncovered and told to the next generation. Because I do feel now more than ever there’s a hunger and a thirst to hear them.

I take most pride now in the fact that, for me and a significant proportion of the black population in this country, our families came from very humble backgrounds. The striving, maybe I should say the sacrifice, to leave wherever they came from all over the diaspora to create a better future for their children – it was foresight.

It wasn’t a selfish thing like, ‘oh, I wanna go live in England’, they just wanted to give their children the opportunities they didn’t have. And I think that shows the attitude the older generation had – quite stern and quite serious. They were a war generation and that affected them. Racism, too, was far more open and vicious and in their face.

What an incredible sacrifice my grandparents made, that hundreds and thousands of others made, with the foresight of giving their children exactly what I have today – the right to pursue the life that I want to pursue.

That’s something they didn’t have. They had a role and a place and there was a cap on the level of success that they could have but they did it anyway, because of what probably seemed like a small and impossible dream.

They brought those dreams to fruition knowing my future children, God willing, will have even more of what I have.

When I think of black and British, this is what I think of. 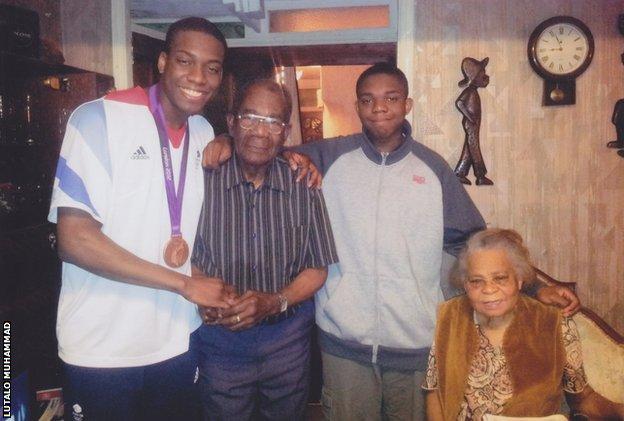 Muhammad with his younger brother, grandfather and grandmother, pictured after his 2012 Olympic bronze

An ‘Explosion’ of Anti-Ukraine Disinformation Is Hitting Moldova

7 New YouTube Features And How Marketers Can Leverage Them