WASHINGTON — High-profile former Trump administration officials are urging border states such as Texas to declare that they’re under “invasion” amid the historic surge of illegal immigration and begin using state law enforcement to return to Mexico people suspected of illegally entering the US.

The provocative policy idea is outlined by Ken Cuccinelli, a former acting deputy director of the Department of Homeland Security, in a paper published by the Center for Renewing America, which is led by former White House budget director Russ Vought.

Cuccinelli and Vought said in a statement that Texas Republican Gov. Greg Abbott should take the suggestion. Abbott previously rallied other states to send National Guard deployments to help secure the border.

“There can be no disputing that the documented influx of well over 1.3 million illegal immigrants this calendar year alone, and thousands of pounds of fentanyl and other deadly narcotics, facilitated by the widespread human trafficking efforts of violent cross-border international drug cartels, constitutes both an invasion and an ‘imminent danger as will not admit delay’ for purposes of Article I, Section 10, Clause 3 of the U.S. Constitution,” Cuccinnelli and Vought said.

“We call on Gov. Abbott and other border governors to enact emergency measures — beyond the scope of what has been undertaken to this point — to fill the void by: ending the invasion at the U.S. southern border, restoring both order and sovereignty, and protecting their citizens.”

Abbott’s office did not immediately respond to a request for comment.

A Biden White House official scoffed at the proposal, telling The Post that “enforcing immigration laws is under the purview of the federal government, so state authorities doing it or taking part in immigration enforcement would be illegal.”

But in a call with reporters, Cuccinelli said the plan wouldn’t amount to “immigration” enforcement. 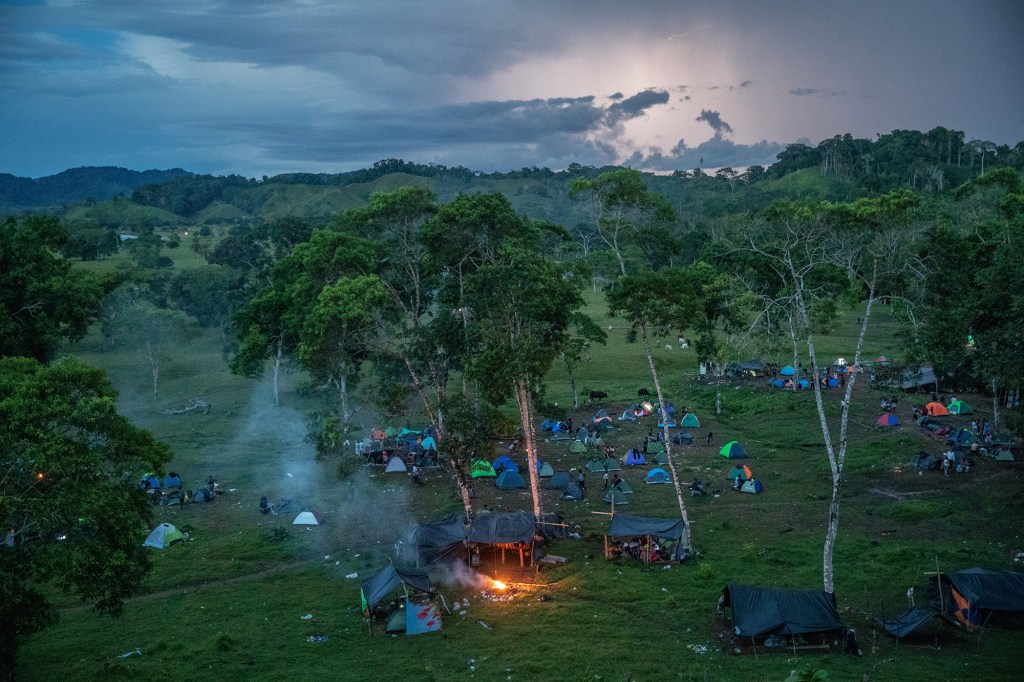 Migrants, most from Haiti, arrive to a base camp ahead of their trek through Darien Gap in Las Tekas, Colombia.John Moore/Getty Images

“This is not immigration. This is resisting invasion. That’s what this authority is,” he said.

In 2012, the Supreme Court struck down parts of an Arizona law that sought to make it a state crime to be in the country illegally. But Cuccinelli said that after declaring an “invasion,” states probably would have to do little more than certify that Mexico doesn’t torture people to avoid running afoul of prisoner of war conventions.

A potentially protracted court fight would be likely — delaying or preventing the plan from being adopted.

Cuccinelli said if the idea was implemented, officials would be able to take migrants who cross the Rio Grande and sail them back across the river to Mexico.

“There are no processing requirements,” he said. 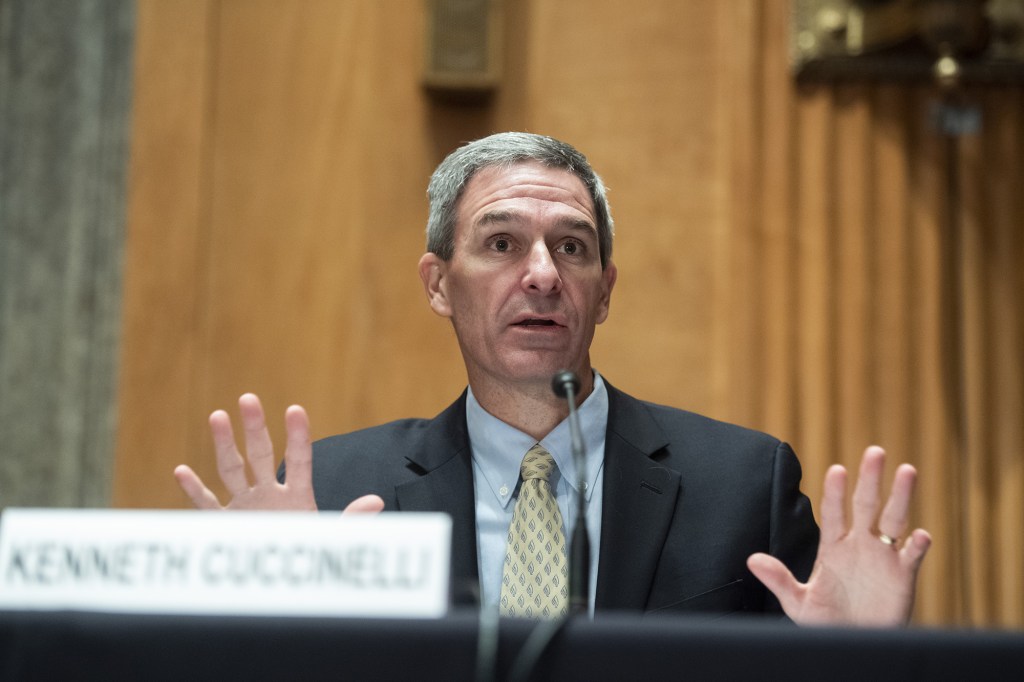 “The process there would literally be to hold people at the Texas side of the river with boats available, put them on the boats and probably fingerprint them get names and take them back over to Mexico and escort them off the boat,” he said.

“And probably just giving them a backpack of supplies. And you know, they made their way thousands of miles, they can make their way back.”

The Biden administration says it deports most single adults and some families under a COVID-19 policy called Title 42. But that policy is expected to be lifted eventually, potentially by court order, which Republicans say would worsen the crisis.

Illegal immigration into the US hit an at least 35-year record of about 1.7 million arrests in fiscal 2021, which ended in late September, according to preliminary data. In July, August and September, apprehensions of people who illegally crossed the border exceeded 190,000 — even more than when the crisis began earlier this year.

Critics argue that Biden’s policies are to blame for the surge in illegal immigration — a stance notably taken by Guatemala’s president and Mexico’s president. 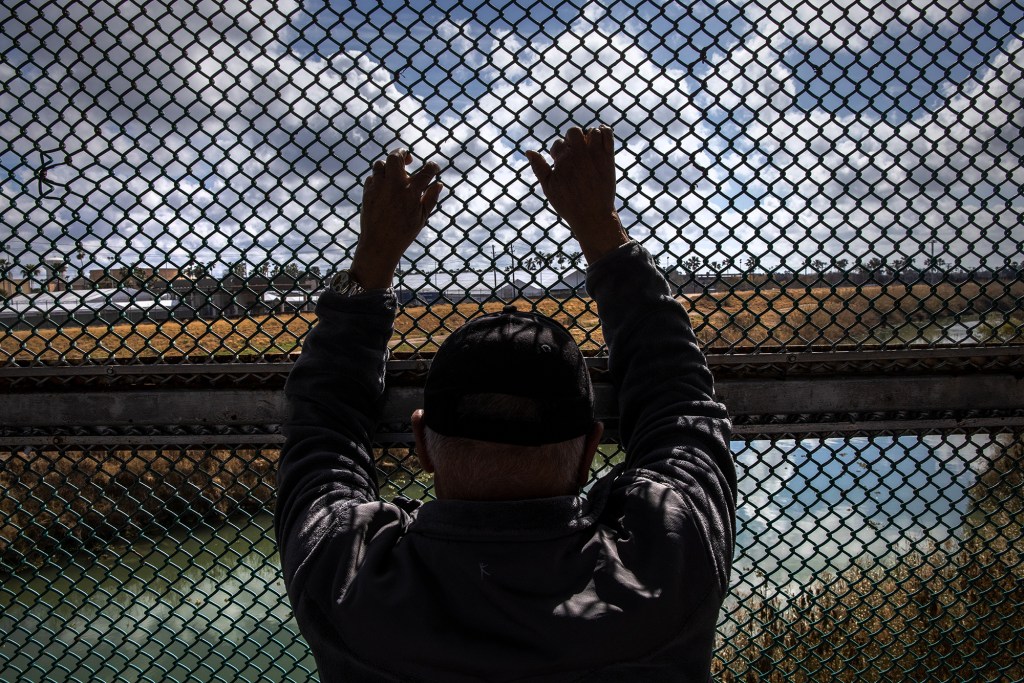 A man looks upon the Rio Grande while waiting to show his immigration documents to U.S. immigration officers at the U.S.-Mexico border crossing in Matamoros, Mexico.John Moore/Getty Images

Cuccinelli, a former Virginia attorney general, also was acting director of US Citizenship and Immigration Services during the Trump administration and took a hardline approach on matters such as lowering the US refugee cap.

The Department of Homeland Security did not immediately respond to a request for comment.

The infinite chaos of Greek football: How the latest hope for change was lost

Leader of Apple activism movement says she was fired.