The tri-state area could see up to four inches of rain Monday night into Tuesday, New York officials warned.

The Big Apple’s emergency response agency issued a travel advisory for Monday evening, through Tuesday afternoon, as the National Weather Service announced a flash flood watch for the five boroughs that stretches from 8 p.m. Monday through 5 p.m. Tuesday.

Forecasts as of Monday morning expect rain to fall at a quarter to half-inch per hour, and a peak rainfall rate of up to an inch per hour, with the heaviest rain hitting New York City between midnight and 5 p.m. Tuesday.

Winds are expected to be 20 mph to 30 mph and winds gusts of up to 40 mph are expected Tuesday afternoon into evening.

“This event may cause flooding in the city, including on highways, streets, underpasses, as well as other poor drainage or low-lying spots,” said Andrew D’Amora, the incoming acting commissioner of the city’s emergency management department.

“New Yorkers should give themselves additional travel time and take the appropriate precautions if they must move about the city during the storm.”

Meteorologist Paul Walker predicted a “heavy” downpour beginning at nightfall Monday and that the rain wouldn’t completely stop in the tri-state region until Wednesday morning. In total, New York City could see up to 5 inches of rain, he said.

Forecasts as of Monday morning expect rain to fall at a quarter to half-inch per hour.Chris McGrath/Getty Images

“We’re going to see some rain picking up this evening. Especially at night, it’s going to be heavy,” he told The Post Monday afternoon. “There could also be a thunderstorm in spots.”

“As the storm strengthens, it’s going to get very windy tomorrow,” said Walker. 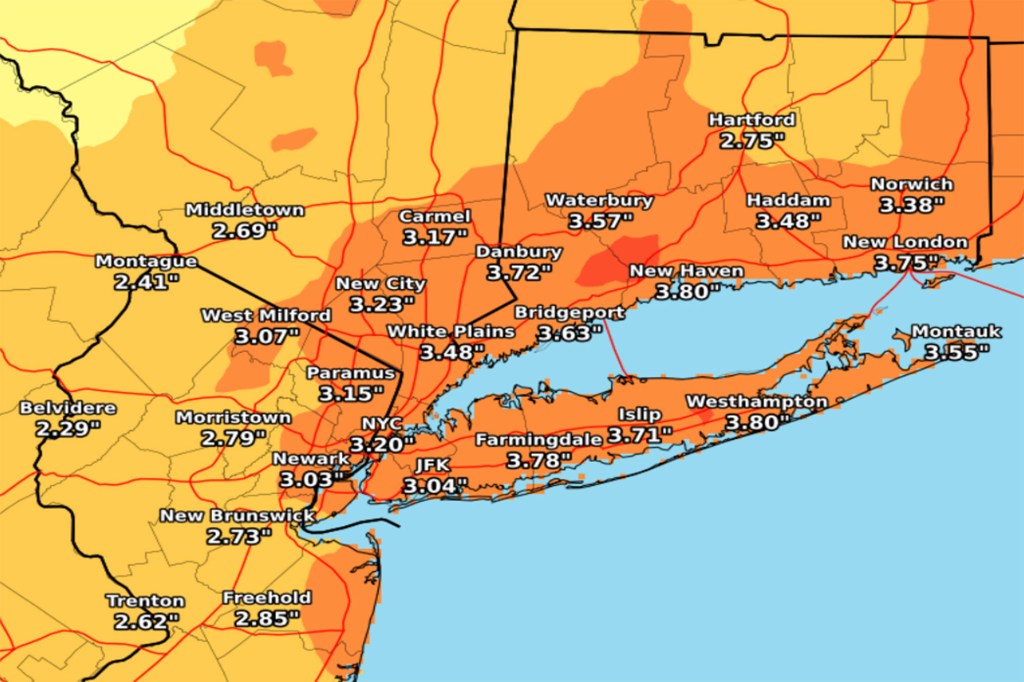 Winds are expected to be 20 mph to 30 mph.National Weather Service

Mayor Bill de Blasio cited forecasts indicating the weather “does not look extreme at all at this point.”

Still, Hizzoner cautioned that the city will take a “hypervigilant” approach to storms after the remnants of Hurricane Ida killed 13 New Yorkers in September, including 11 who drowned in their basements, as city and state officials were caught flat-footed when they didn’t heed NWS’ warning.

“What we’re hearing from both the National Weather Service and the other different sources we’re turning to now, what we’re hearing is between two and four inches total of rain expected starting late tonight going through the whole day Tuesday,” he said during his daily press briefing. 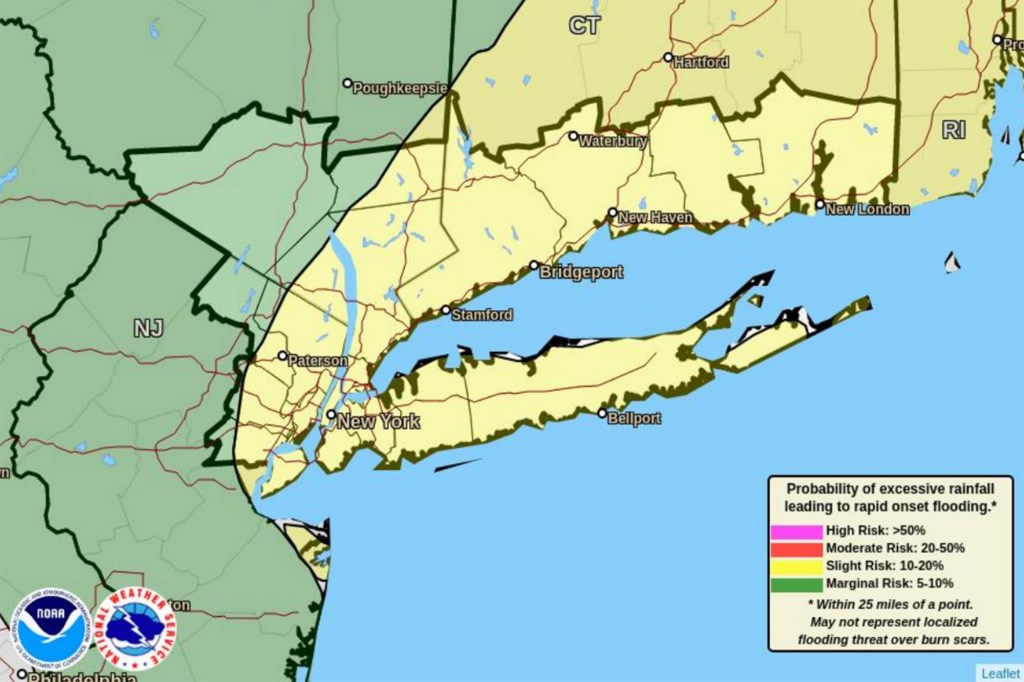 “That’s a small amount of rain spread out over two days. If that’s what really happens we should be OK, but we will have a flash flood watch in effect from 8 tonight to 5 p.m. Tuesday.

The mayor advised New Yorkers to “please exercise caution,” and to be “really careful around flooded areas, and not to drive through flooded roads. 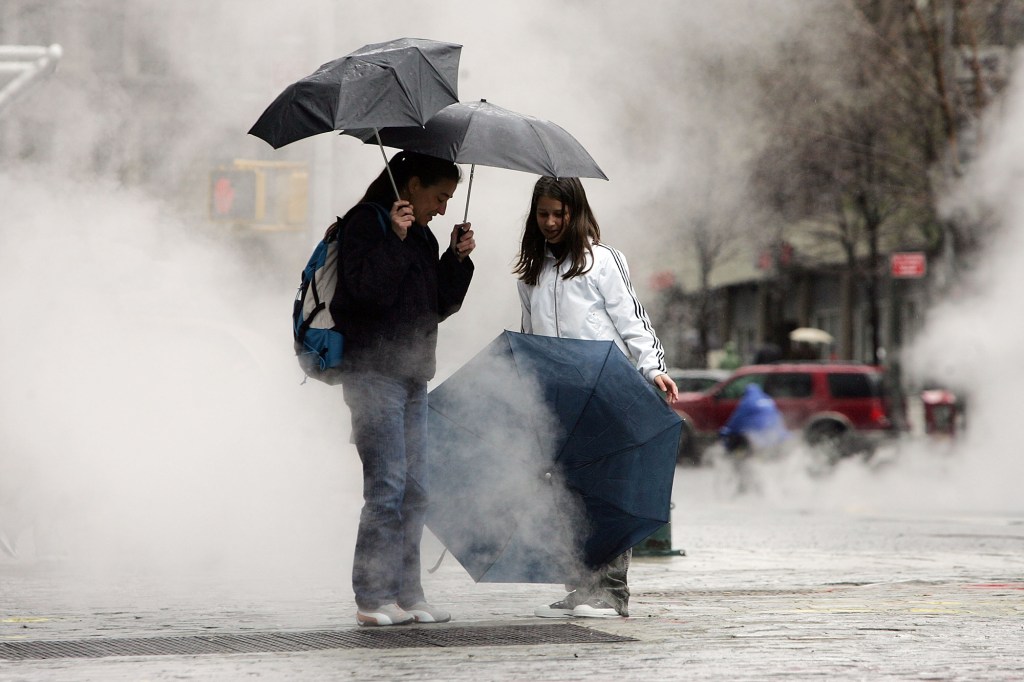 “With basement apartments, we do not expect this level of rain to have a major impact, but we’re going to be watching very very carefully and constantly updating New Yorkers,” he explained. “Hypervigilance is where we’re going to be from now on, in this city’s history.”

“This fast-moving weather system is expected to bring a lot of rain to the downstate area through Tuesday night, and New Yorkers should keep a close eye on the forecast so they can be prepared for any inclement weather that may come their way,” she said Monday in a statement.

“I have directed State agencies to prepare emergency response assets and to be ready to deploy them in the event our local governments and communities in those regions are in need of assistance. We stand ready to help our fellow New Yorkers.”