Staring at the watches celebrities wear every week can make timepieces feel agonizingly out of reach. But you don’t have to be a member of the Forbes list to enjoy collecting watches. Look no further than Kid Cudi, who sat courtside at the Lakers game this week wearing a lovable and eminently accessible G-Shock. Cudi’s particular watch was part of a larger collaboration between the rapper and A Bathing Ape released earlier this year, but he isn’t the only celeb who knows that you can have a great time with a watch that doesn’t run four (or more!) figures. In the past 12 months, John Mayer’s put out his own version of the model with Hodinkee, NASA created an all-white iteration of the piece, and Bamford, which typically works with luxury brands like Tag Heuer or Chopard, also made its own G-Shock. Cudi wasn’t even that much of an outlier at the Lakers game: Jack Nicholson, sitting not far from Cudi Tuesday night, wears a Timex Easy Reader.

Also this week, we’re trying something new: because the only thing more fun than ogling watches is collecting them yourself, we’ll be suggesting watches at splurge-level and affordable price points so your wrist can be courtside-, paparazzi-, and red-carpet ready, too. 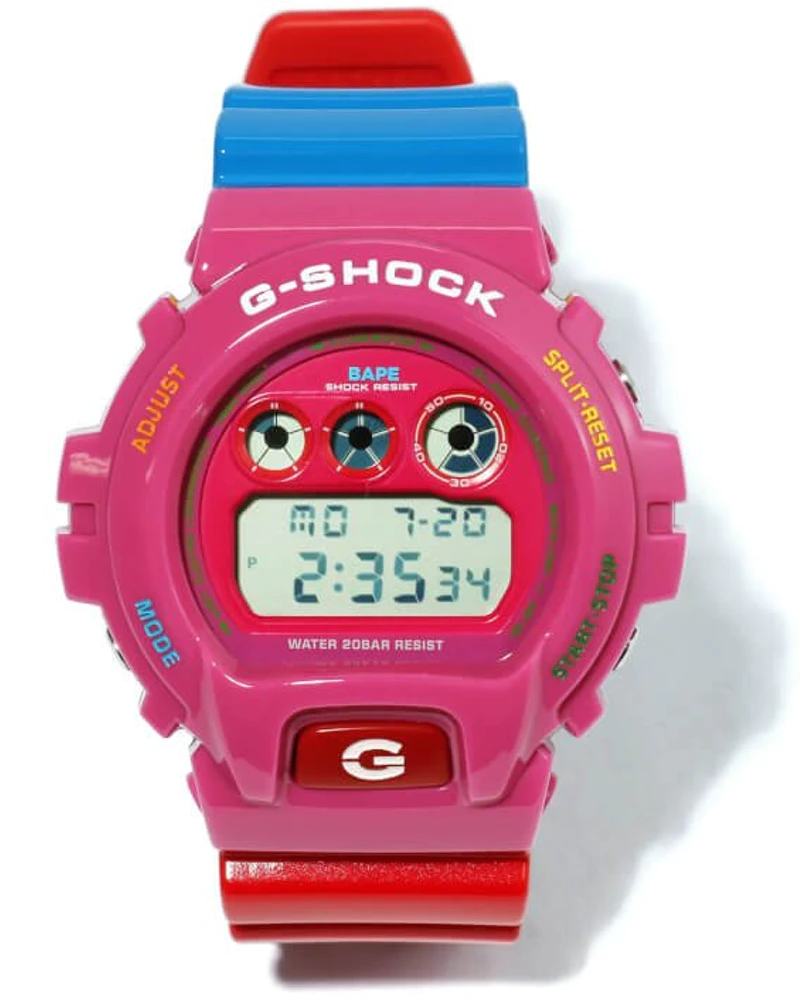 Bape and G-Shock are longtime partners—so much so that almost every time the brand collaborates with an artist or designer, it gets one of these watches into the mix, too. The tri-collab works especially well with Cudi, who worked at a Bape store in New York City before humming his way into a successful music career. This watch is a ton of fun: pink bezel with blue and yellow accents to go with a multi-colored blue and red band and yellow band keeper. 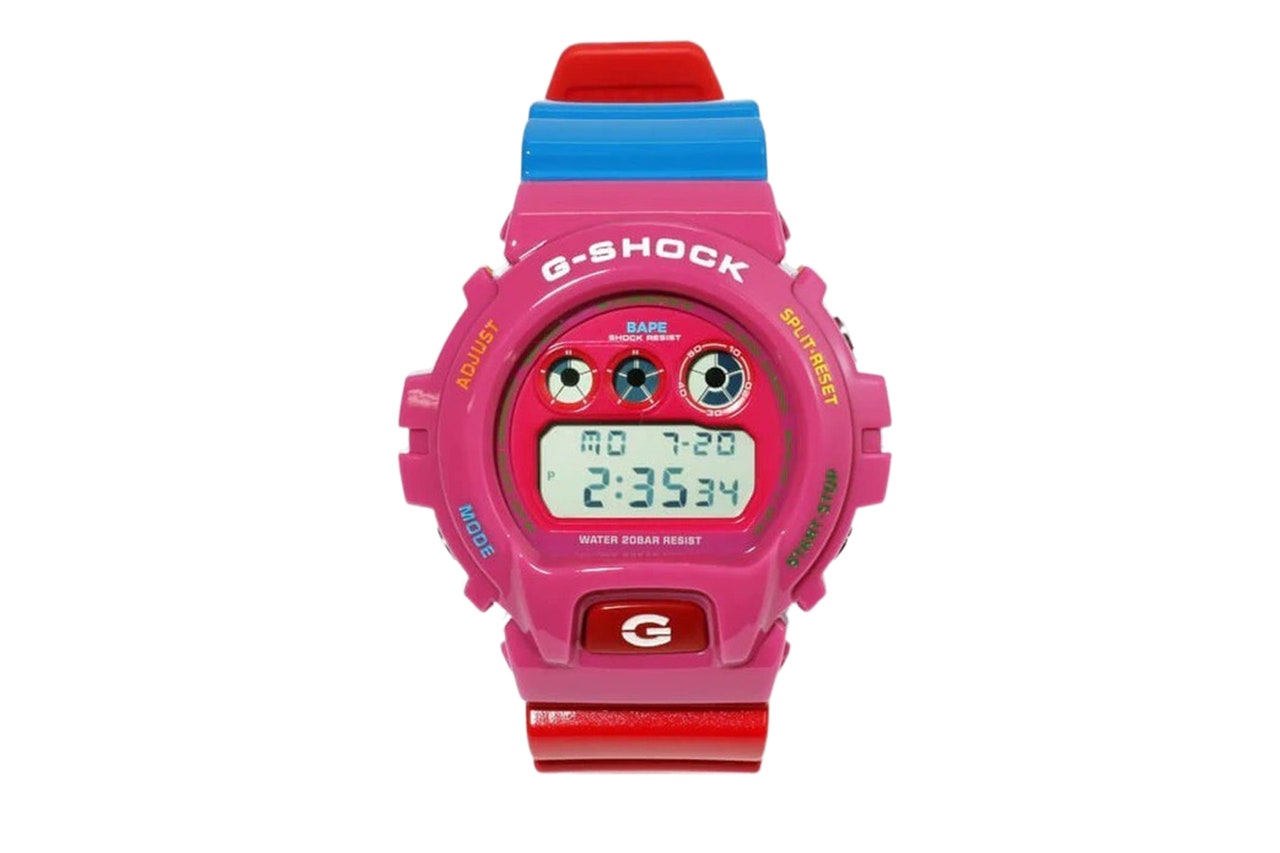 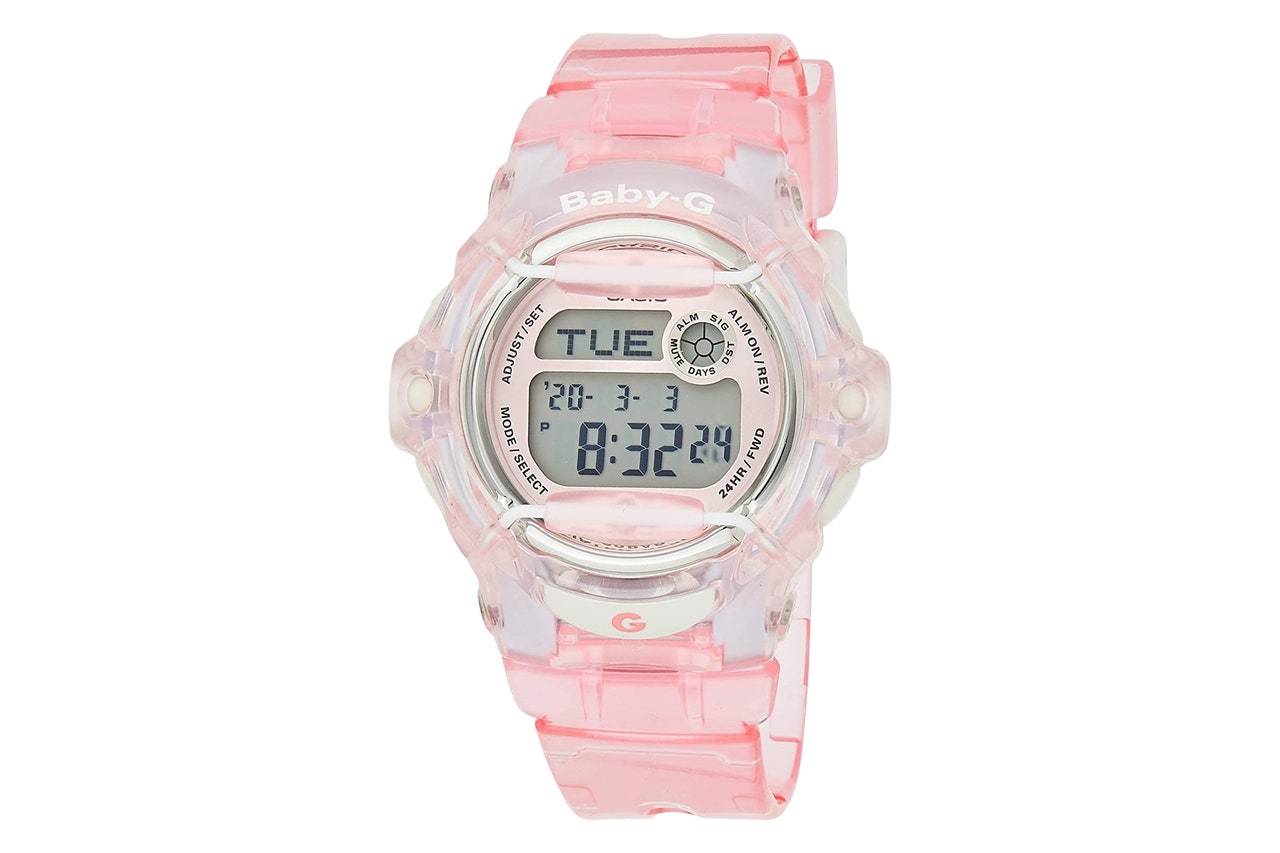 The splurge: There’s not much to overspend on here, honestly. The watch sold out from official retailers quickly upon release but it’s still available on sites like StockX for less than $500—pretty accessible compared to other celebrity wristwear.

The affordable choice: If $470 is too rich for your blood, there’s a comparable mainline G-Shock Baby-G. $80 will get you a watch with the chunkiness and color to go toe-to-toe with Cudder’s. Baby-G is technically a women’s line, but the watch’s 42.6 millimeter case is plenty hefty. 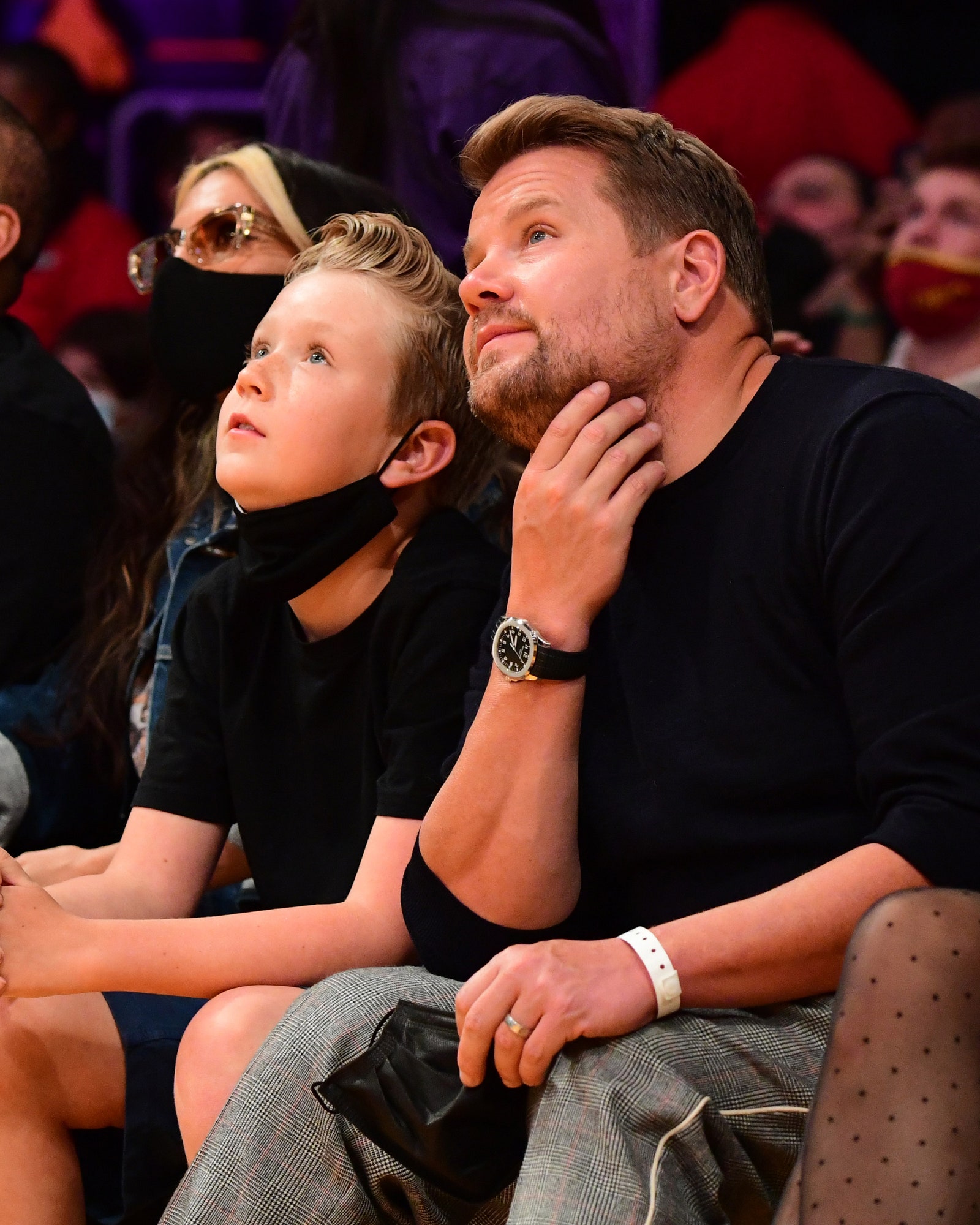 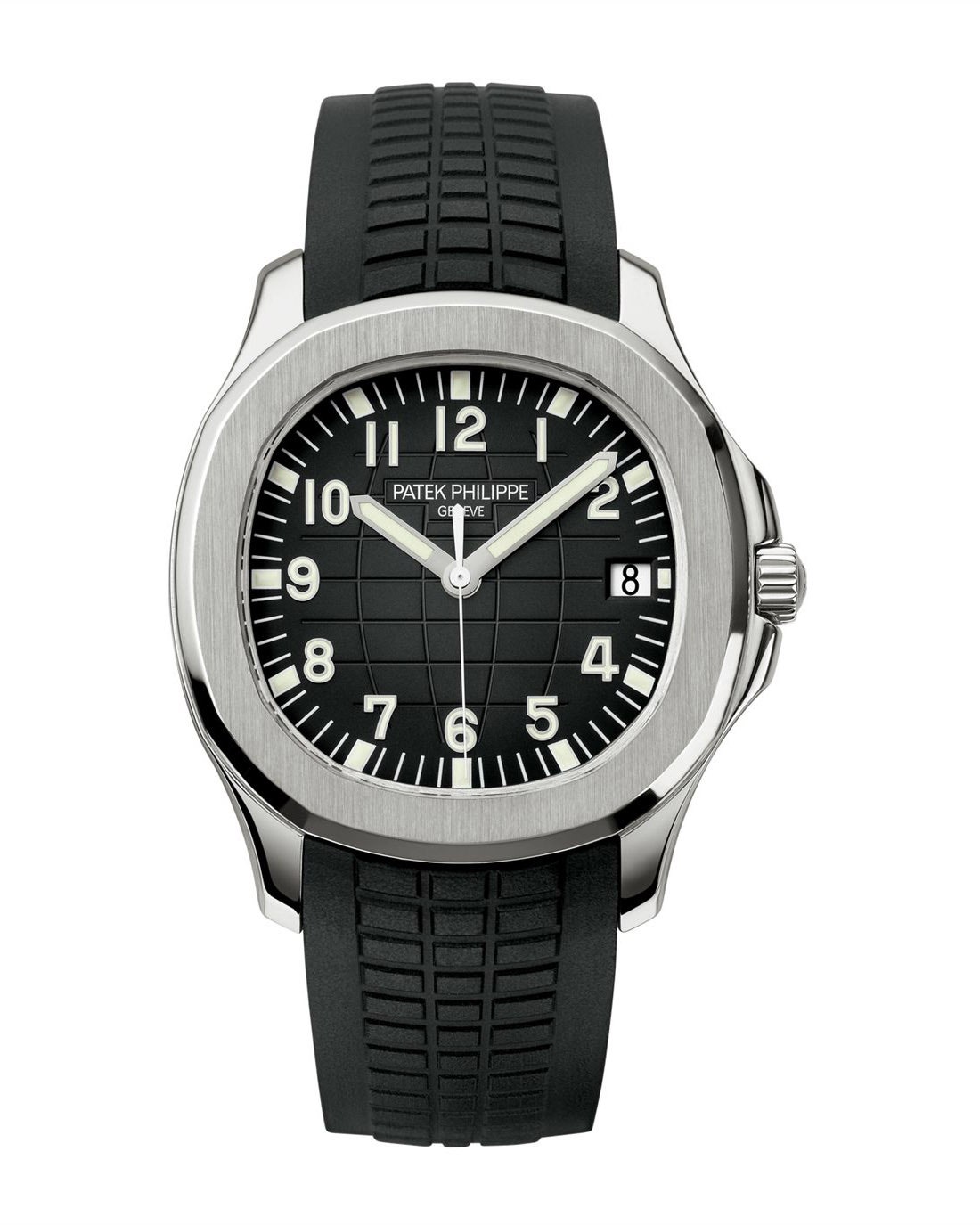 While Patek Philippe’s other sporty model, the Nautilus, has long enjoyed the warm glow of the spotlight, the Aquanaut is no longer content to be its overlooked little brother. The Aquanaut is the new choice among Hollywood elite: in the last month, Ringo Starr, Kumail Nanjiani, and now Corden have worn the watch. The new attention around the watch isn’t all that surprising. Patek is discontinuing the most popular version of the Nautilus this year while feeding the hype around the Aquanaut with new models. 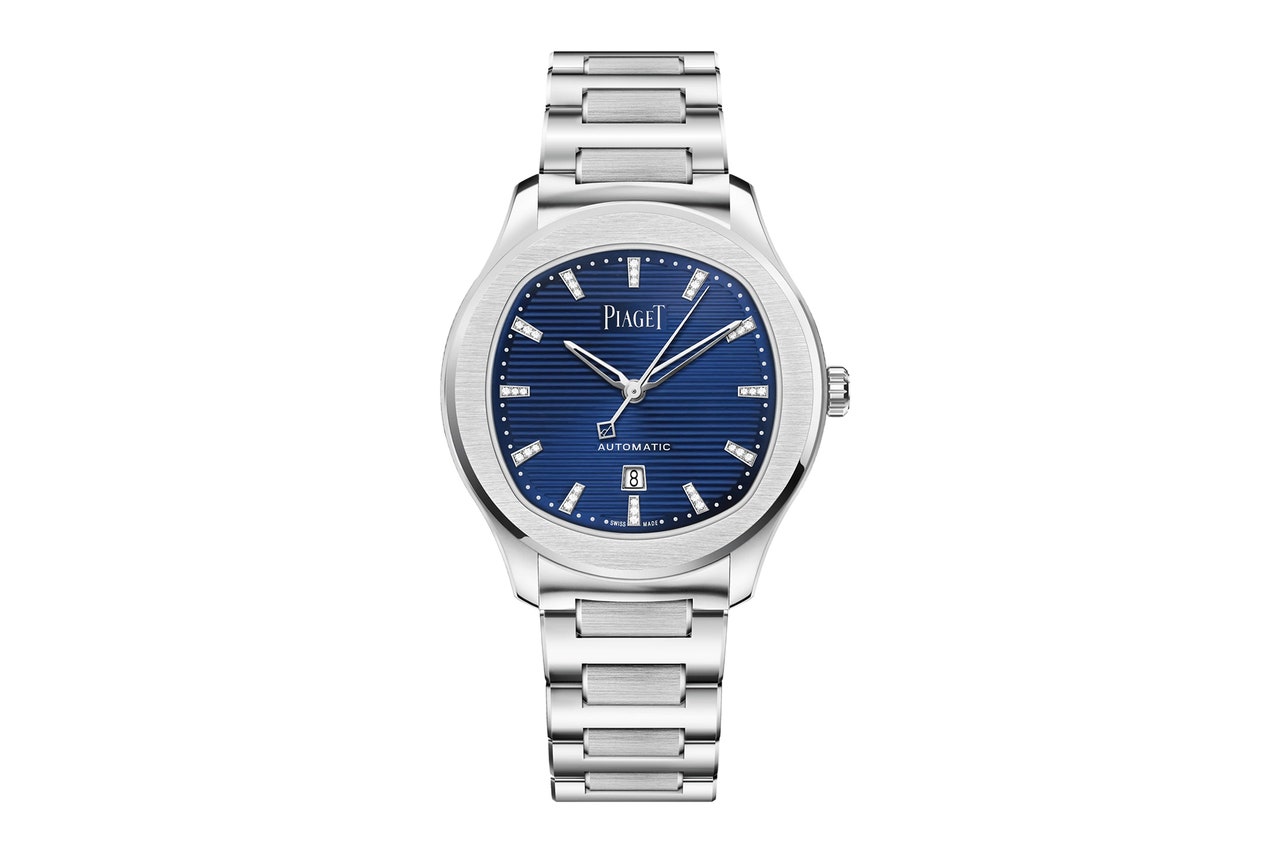 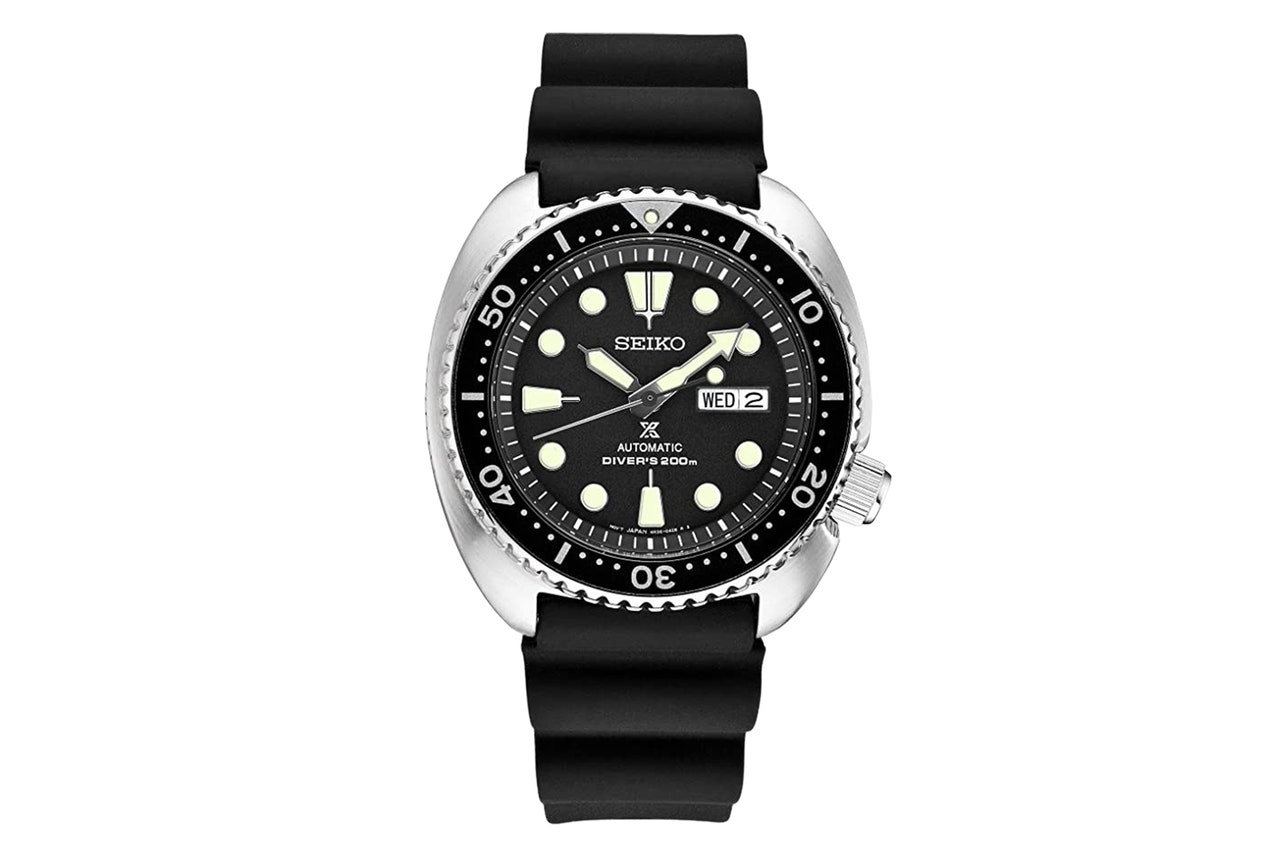 The splurge: Good luck finding the Aquanaut at its list price of $21,650. Instead, remove the headache of waiting lists and inflated secondary market prices with this Piaget Polo Date. Piaget is known for its super-slim luxury sports watches, but this Polo shares the Aquanaut’s curves.

The affordable choice: There is actually a Seiko 5 sports watch called the “Seikonaut” that is the gold standard for affordable Aquanaut alternatives. Unfortunately, like the real thing, the Seikonaut isn’t all that easy to find. But if you like Corden’s watch, it probably means you appreciate sports watches with rubber straps and a cushion-like case shape. In that case, you could do much worse than this Seiko Prospex until you have Carpool Karaoke money coming in, too. 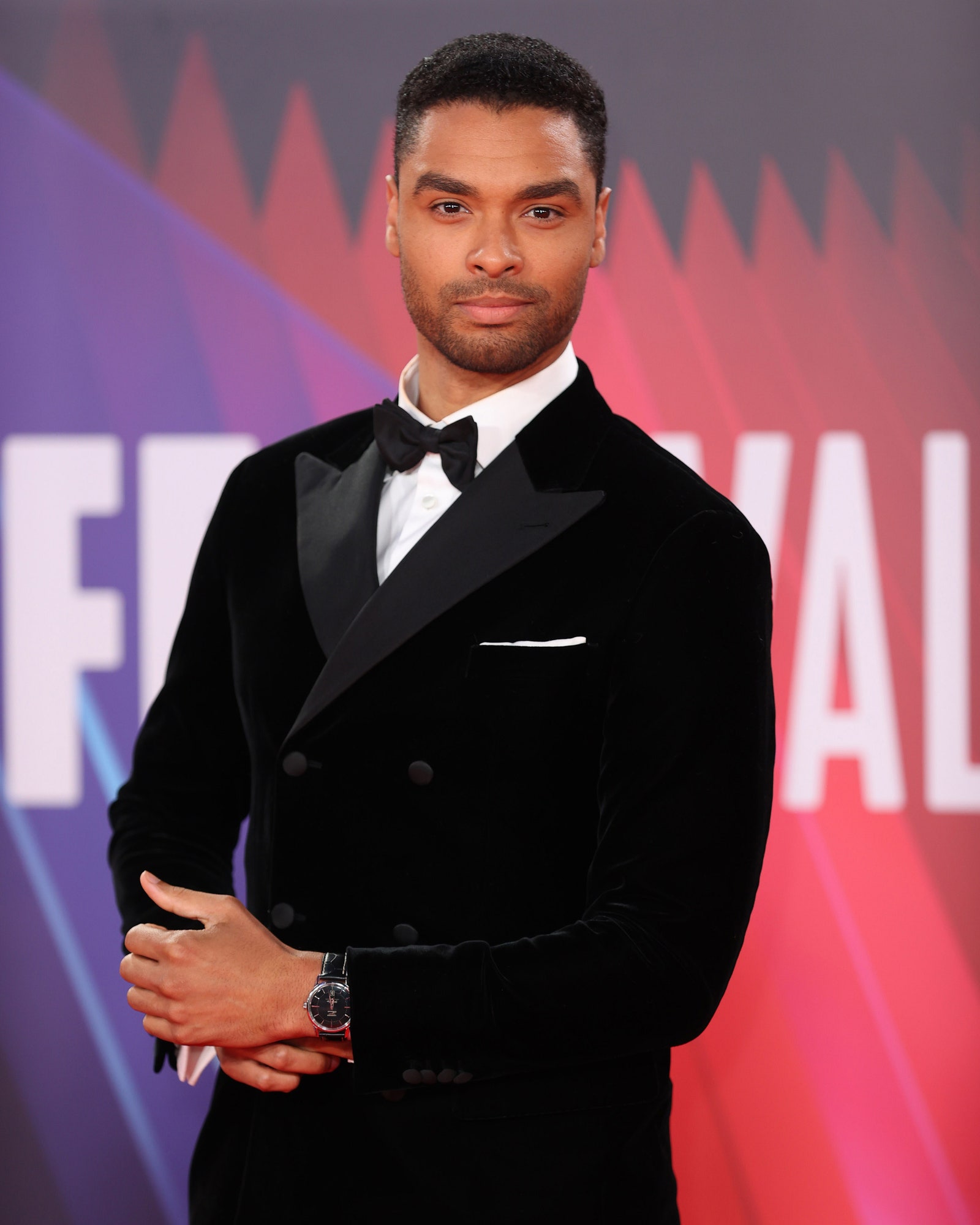 It may be fresh out of the box, but Page’s Longines looks like it’s been passed down for generations. That’s not an accident: the watch’s design is based on models from 1957. The watch—new but classic—is a nice fit with Page, who is a young gun with the sort of leading-man gravitas required to pull off dressy vintage pieces in 2021. 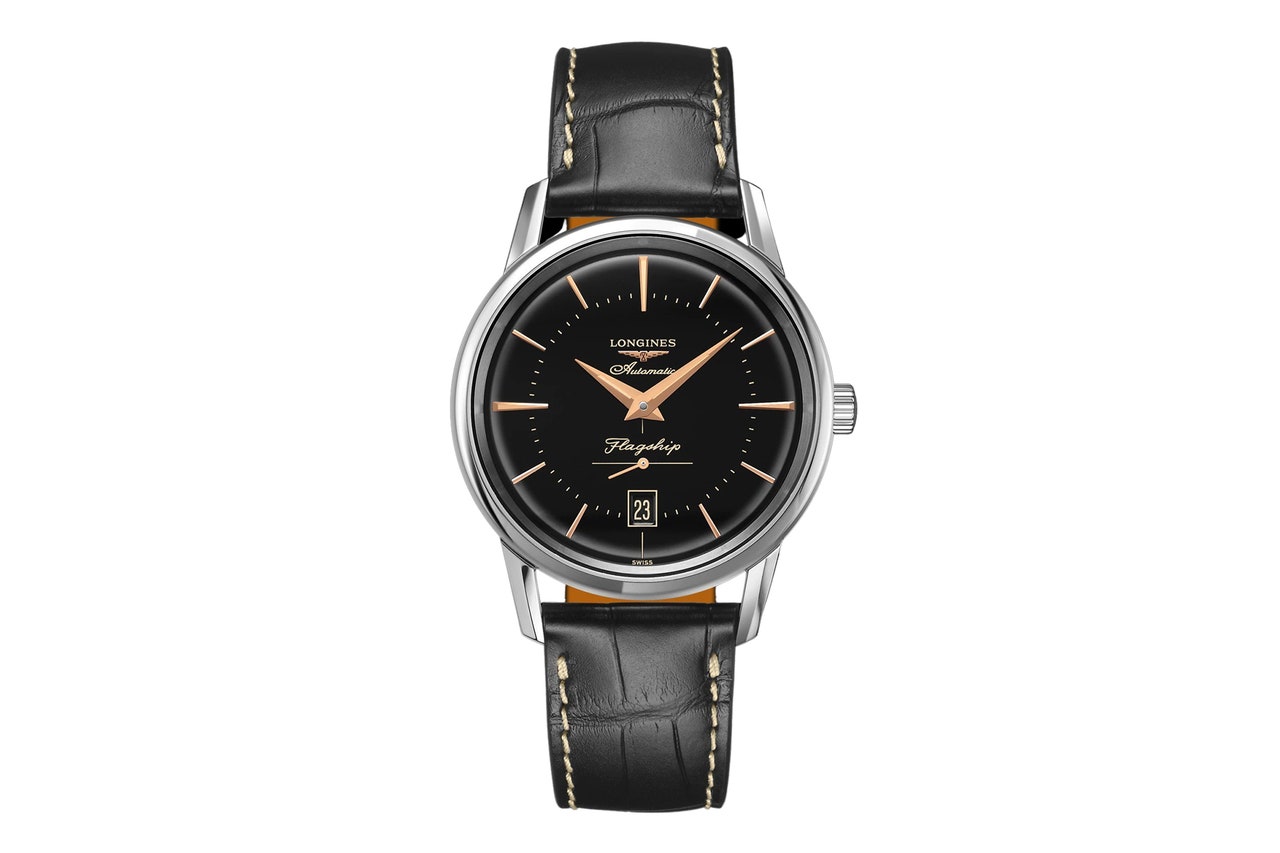 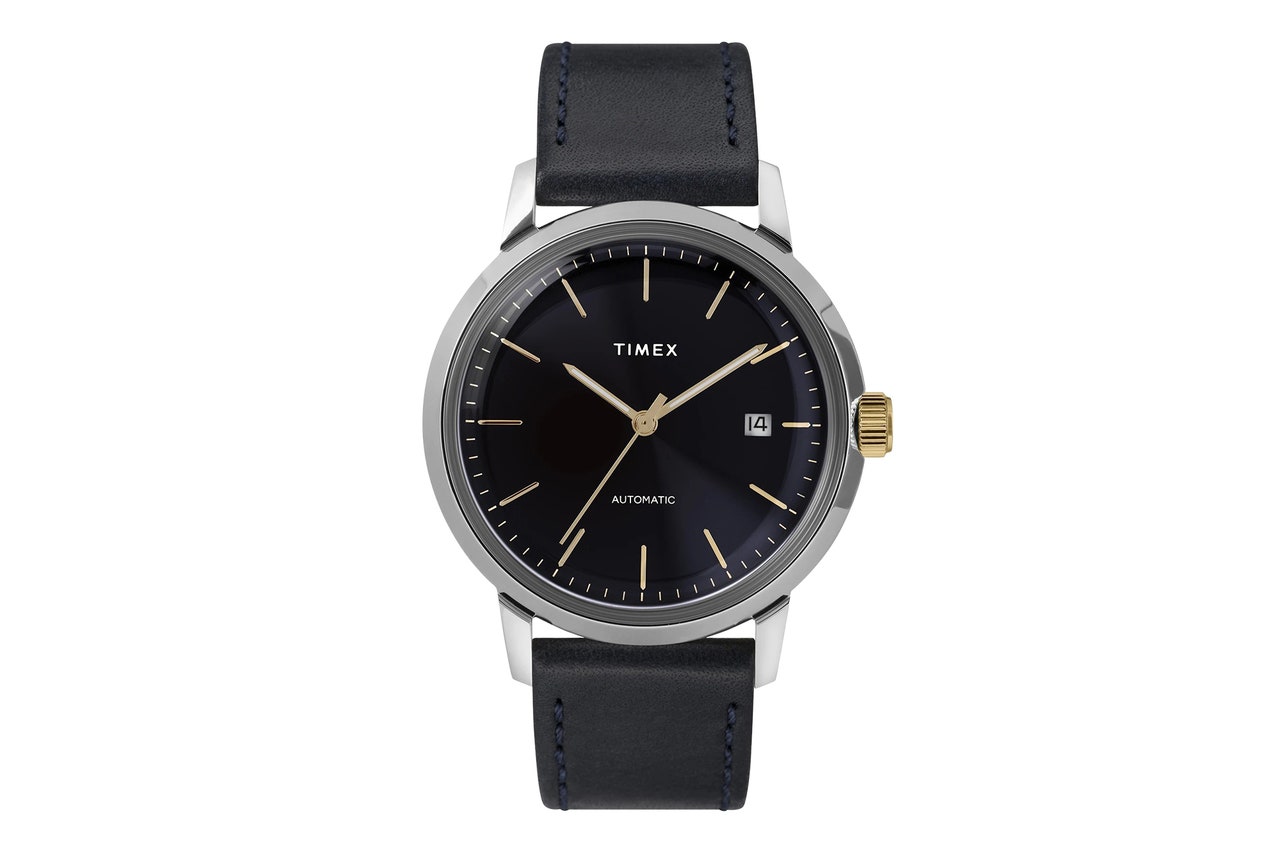 The splurge: The Longines Flagship Heritage, priced at a nifty $1,675.

The affordable choice: While the Longines was inspired by the late ‘50s, this Timex Marlin gets its design from a ‘60s-era watch. But both share the simple dial design of that bygone era and a useful date function.

An Affordable Laptop With Big Screen

What Is the Next ‘Star Wars’ Show After ‘The Book of Boba Fett’?