Red Bull’s Max Verstappen fended off a late challenge from title rival Lewis Hamilton to win the US Grand Prix.

Verstappen’s victory, taken in impressively mature and controlled style in a tense strategic fight, extended his championship lead to 12 points with five races to go.

Hamilton took the lead at the start, lost it when Verstappen made an early first pit stop and tried an off-set strategy aimed at fighting for the win in the final laps.

The Mercedes was on Verstappen’s tail with two laps to go but it was not enough.

It was a gripping battle held in front of 140,000 at a packed Circuit of the Americas in Austin, Texas, at the end of a weekend on which Formula 1 felt like its popularity in the US had reached new levels.

Hamilton crossed the line just 1.3 seconds behind after one of the most hard-fought races of a classic grand prix season.

“That was sheer class, Max,” Red Bull team principal said over the radio on the slowing down lap. “What a drive. And it was indeed one of Verstappen’s greatest victories, under the most intense pressure from Hamilton and Mercedes. 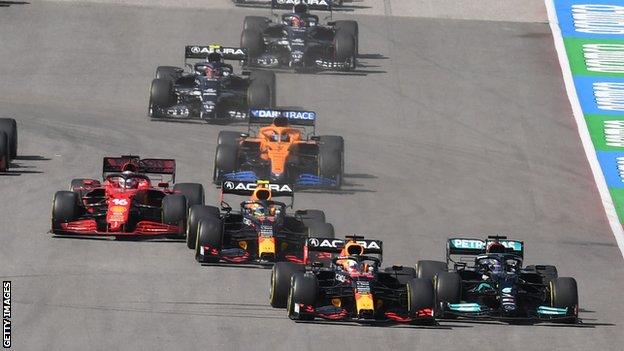 How did the race unfold?

Verstappen started from pole position, but he lost the lead at the first corner when Hamilton made a better getaway and passed his rival on the inside.

Trailing Hamilton closely through the opening laps, Verstappen appeared to have a pace advantage and Red Bull decided that they needed to try to get the lead on track and defend it from there.

They brought Verstappen in for an early first pit stop on lap 10, leaving Hamilton and Mercedes with no choice but to try to go long and come back at Verstappen later in the race.

They could not delay their first stop as long as they wanted, because Verstappen’s team-mate Sergio Perez was within range and red Bull brought him in only two laps after the Dutchman to force Hamilton to pit.

But in the second stint the race very quickly devolved into a straight fight between Verstappen and Hamilton, as Perez rapidly fell away and had to spend the rest of the race keeping an eye on Ferrari’s Charles Leclerc, driving an outstanding race behind the big three.

Verstappen pitted again on lap 29, with 27 laps still to go, and Hamilton stayed out for a further eight laps, Mercedes trying to give him as big a tyre advantage as possible in the final part of the race.

When he resumed after his stop on lap 37, Hamilton was just under nine seconds behind. He measured his pace in the early laps of the final stint, protecting his tyres, and then unleashed some pace, closing from 8.4secs back to 3.9 in just five laps.

With six laps to go, Hamilton was just 1.5secs off the lead, but on the following lap for the first time in the final stint, Verstappen edged away by 0.2secs and victory began to look like a step too far for Hamilton.

Only with two laps to go did Hamilton get the margin under a second, but it was too late and he held on for a superb win. 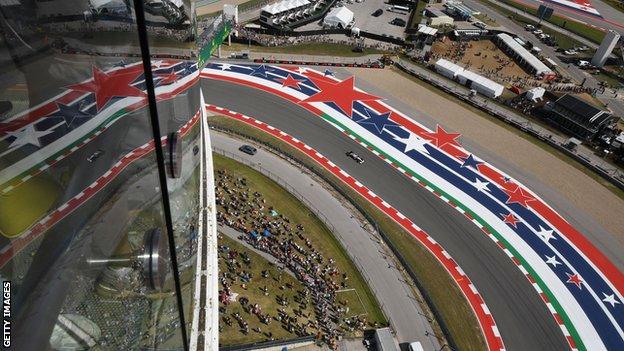 More than 140,000 people watched the race on Sunday

As the post-race interviews were held, the drivers were greeted by rapturous cheers from the crowd after a weekend in which everyone in F1 spoke of the obvious increase in appeal and interest the sport has generated in the US since it was last here before the pandemic.

Verstappen said: “We lost out in the start and we had to try to do something else. The tyre wear is quite high here and we went aggressive. I was not sure it was going to work. But it is super-nice to hang on.”

Horner had added over the radio to him: “His tyres were eight laps younger than yours and I didn’t think you were going to do that.”

Verstappen replied: “I like the way we did that. It’s good to be aggressive sometimes.”

Hamilton said: “Max did a great job today. It was such a tough race. I got a good start, gave it absolutely everything but at the end of the day they just had the upper hand this weekend and I couldn’t really do more.

“What an amazing crowd – to perform in front of you guys is such an honour. This is definitely our acceptance into the US. I hope we get more races out here and the sport continues to grow.” 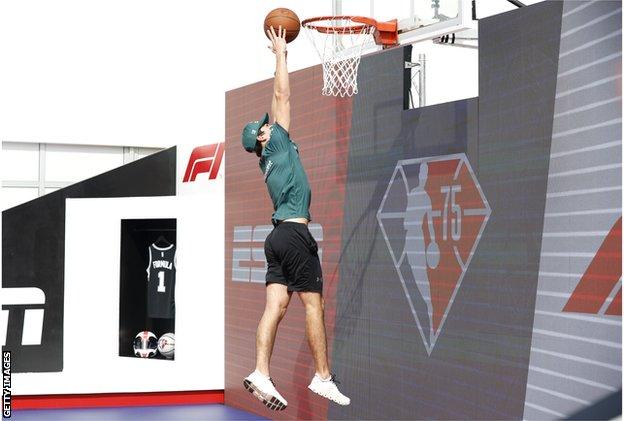 A hilarious cameo from Alonso

Behind the top three, Leclerc was superb in the Ferrari, finishing 24.6 seconds ahead of McLaren’s Daniel Ricciardo as the two teams continue their fight for third in the constructors’ championship.

Mercedes driver Valtteri Bottas recovered from ninth on the grid after a five-place engine penalty to sixth, ahead of the other Ferrari and McLaren drivers Carlos Sainz and Lando Norris.

Irrelevant to the points, but amusing for the viewers was a cameo from Fernando Alonso, whose campaign for consistent stewarding was continued during the race in a battle with the Alfa Romeo drivers.

First he complained that Kimi Raikkonen had passed him by going off the track at the first corner, which the stewards ruled required no further action.

Alonso was furious about that decision and later passed Raikkonen’s team-mate Antonio Giovinazzi with a very late lunge into Turn 12 that carried him way off the track.

Alonso was ordered to give the place back, a decision which led Alpine sporting director Alan Permane to intervene with race director Michael Masi – to no avail.

Alonso then pulled a legitimate pass on Giovinazzi at the same corner only for the Italian to hold on by going off track, and then be told to cede to the Spaniard.

Alonso retired late on from 12th place with what he said over the radio was a rear-wing failure. 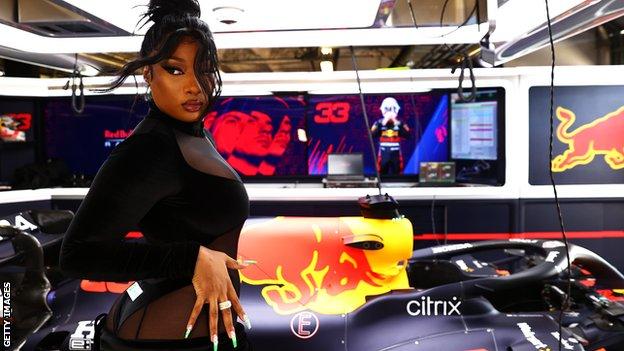 Several stars were seen in the paddock on race day, including rapper Megan Thee Stallion

Driver of the day

Whoever won would have deserved this – both title contenders were superb in their own way. But Verstappen deserves it for the mature way in which he measured out his tyres and controlled the race from the front once he had been handed the lead by his team’s strategy. An honourable mention, too, to Leclerc, who drove an unobtrusively masterful race of his own.

The Mexican Grand Prix in two weeks’ time – usually a happy hunting ground for Red Bull, Mercedes fear another defeat. If that transpires, Hamilton will have a mountain to climb in the final four races.

7 Canned Goods You Should Buy This Fall, According to Chefs