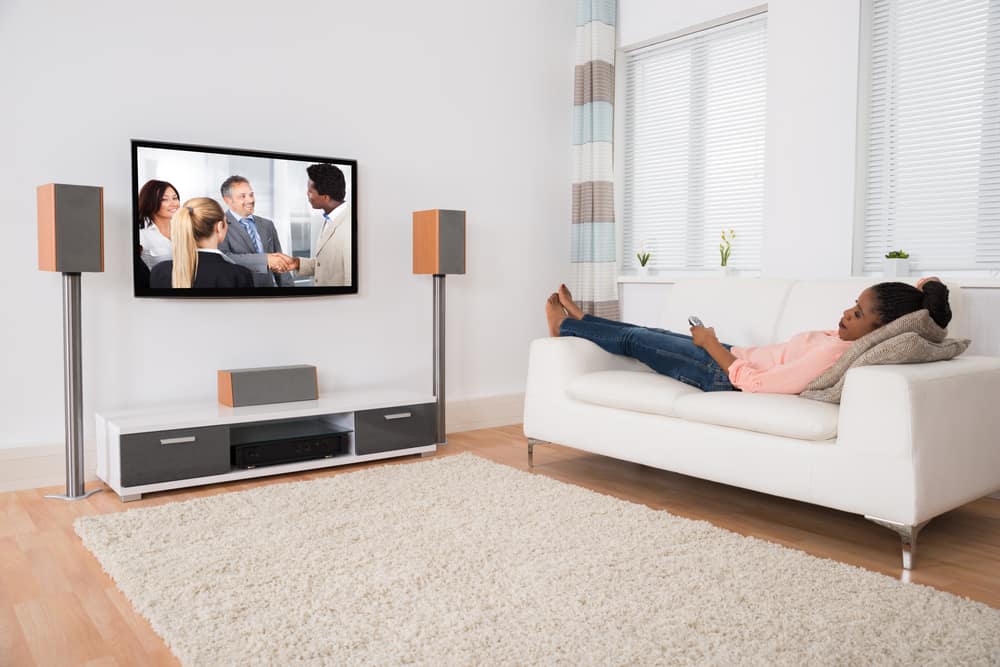 Do you need an adequate television that would fit your tight budget? If yes, then you have to go through this Hisense 32H4F review.

This article covers the design of the Hisense 32H4F in detail. Additionally, I’ll go through the features of the television, such as the display, speakers, ports and connectivity, and smart features.

Furthermore, at the conclusion of each segment of this review, I will offer a rating based on my personal perception. In addition to that, I’ll also make comparisons between the television and some of its main competitors. 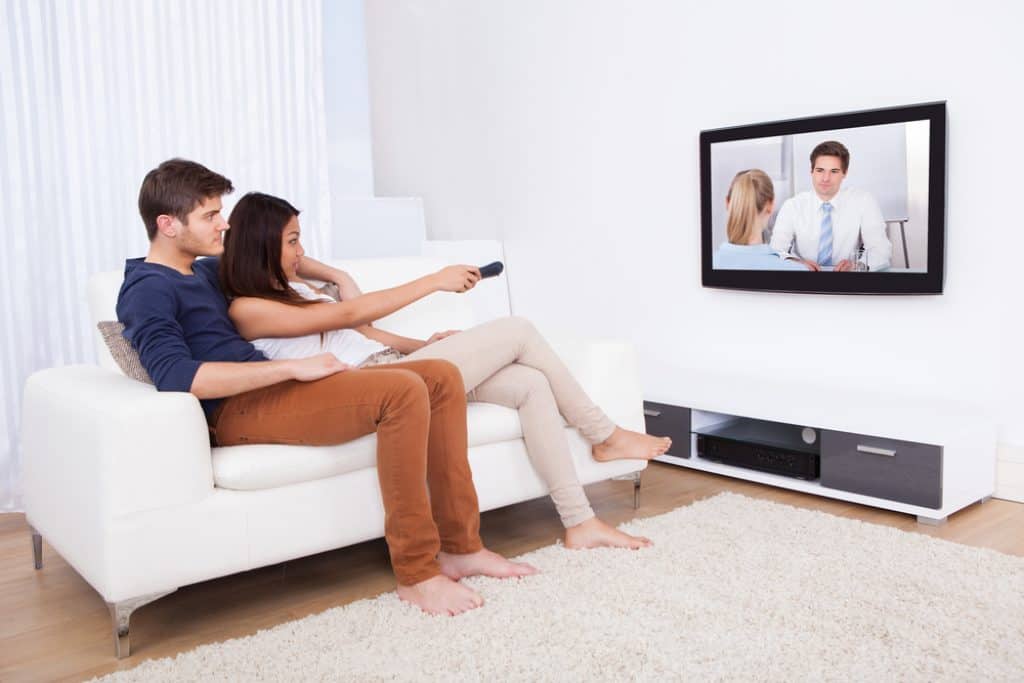 The Hisense 32H4F, commonly known as the Hisense 32H4030F1, is a low-cost television with mediocre picture quality. The television’s display is efficient at handling reflections, but it isn’t very bright, therefore; it is best suited for an average-lit room.

On the plus side, it offers excellent viewing angles and a quick response time for seamless motion handling. In addition to that, the Hisense 32H4F has a lot of ports and a fantastic ROKU smart TV operating system.

Furthermore, due to its low input lag, the television is also suitable for gaming. Additionally, the Hisense 32H4F is reasonably priced, with a $219.00 price tag in October 2021, when I wrote this review.

However, does the television’s low price match its performance? Well, there is no other way to find out than to read the rest of this review. 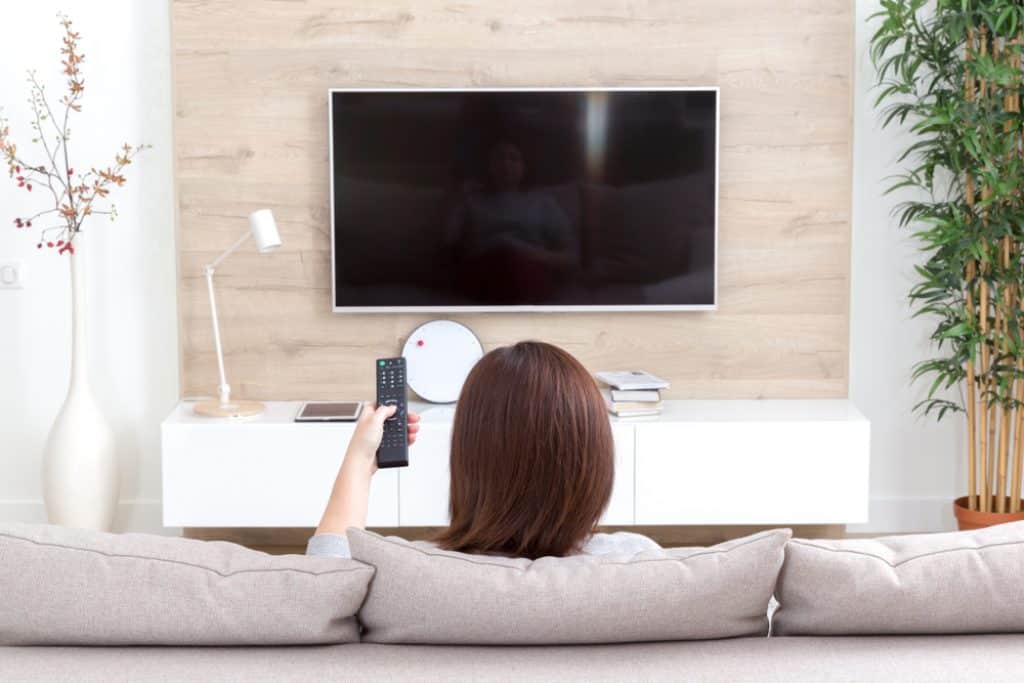 Just like most inexpensive television, the Hisense 32H4F has a pretty basic design. The body of the television is made of plastic and metal.

However, the bezels surrounding the television’s display are averagely thick and are made of plastic. Additionally, the bottom bezel features a Hisense logo in the center.

Moving on, the Hisense 32H4F comes with a pair of legs, which are also made of plastic. These plastic legs support the television well, but they wobble a little bit.

Even though the Hisense 32H4F doesn’t look or feel premium, its build quality is really impressive. There are no loose ends or gaps anywhere around the television’s chassis.

Thus, the Hisense 32H4F is one of the lightest television available in the market today. 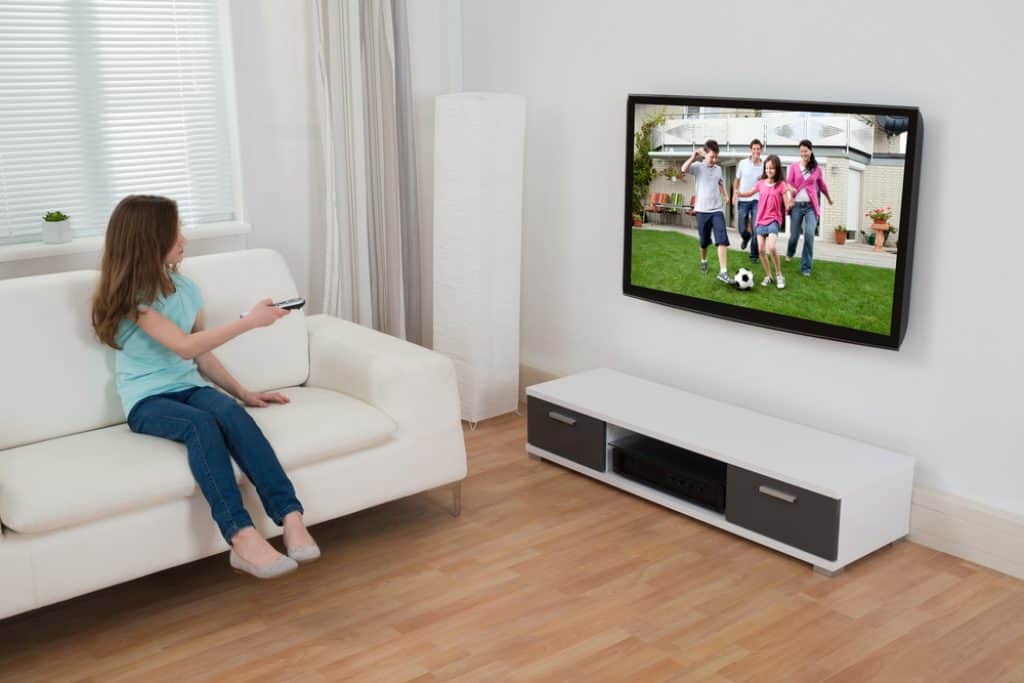 A display’s aspect ratio is the corresponding relationship between the display’s width and height. Common past and present display aspect ratios include 16:9, 4:3, 16:10, and 5:4.

Moving on, the Hisense 32H4F’s display has a mediocre contrast ratio – 1041:1. A contrast ratio is the brightness ratio of the brightest white to the darkest black that a display can produce.

As a result, users won’t enjoy viewing movies with lots of dark or shadowy scenes on the Hisense 32H4F. If you prefer a television similar to the Hisense 32H4F with a better contrast ratio, check out the TCL 32S327.

Unfortunately, the Hisense 32H4F doesn’t support HDR or has local dimming features, which would have enhanced its display’s contrast ratio. Local dimming is a technique for improving the contrast ratio in dark scenes by reducing the display’s backlight zones.

HDR, however, is a method of enhancing the brightness and contrast ratio of contents displayed on a screen. Additionally, HDR is an abbreviation for high dynamic range.

It records a mere maximum brightness of 178 cd/m². Therefore, the Hisense 32H4F is definitely not suitable to be used in bright rooms or well-lit areas.

So, you are better off using the Hisense 32H4F in a dim room.

On a bright note, the Hisense 32H4F’s display has impressive wide viewing angles. The viewing angle of a display is the angle at which it may be viewed without losing visual quality.

Therefore, even when viewing the Hisense 32H4F anywhere off-center, the picture quality will remain constant without fading. Something else that is good about the Hisense 32H4F’s display is its semi-gloss coating, which prevents reflection.

However, in a very bright room, the display’s semi-gloss coating may struggle to retract reflection. Therefore, making it hard for viewers to see what is on the display clearly.

Moving on, the Hisense 32H4F’s display has an impressive response time of 15.7 milliseconds. The amount of time it takes for a display to change colors is known as response time.

Additionally, a display’s response time determines how well it can handle fast motion contents. Thus, the quicker the response time, the nicer the viewing experience.

Furthermore, the Hisense 32H4F is also ideal for playing video games, due to its display’s impressive low input lag. The Hisense 32H4F’s display records an input lag of 14.8 milliseconds.

Input lag, also known as input latency, is the time it takes for a display to register a signaled input. The lower the input lag there is, the better.

In summary, the Hisense 32H4F’s display delivers average performance. However, gamers might find the display appealing due to its low input lag.

Therefore, the Hisense 32H4F will get a rating of seven from me in this display review section. 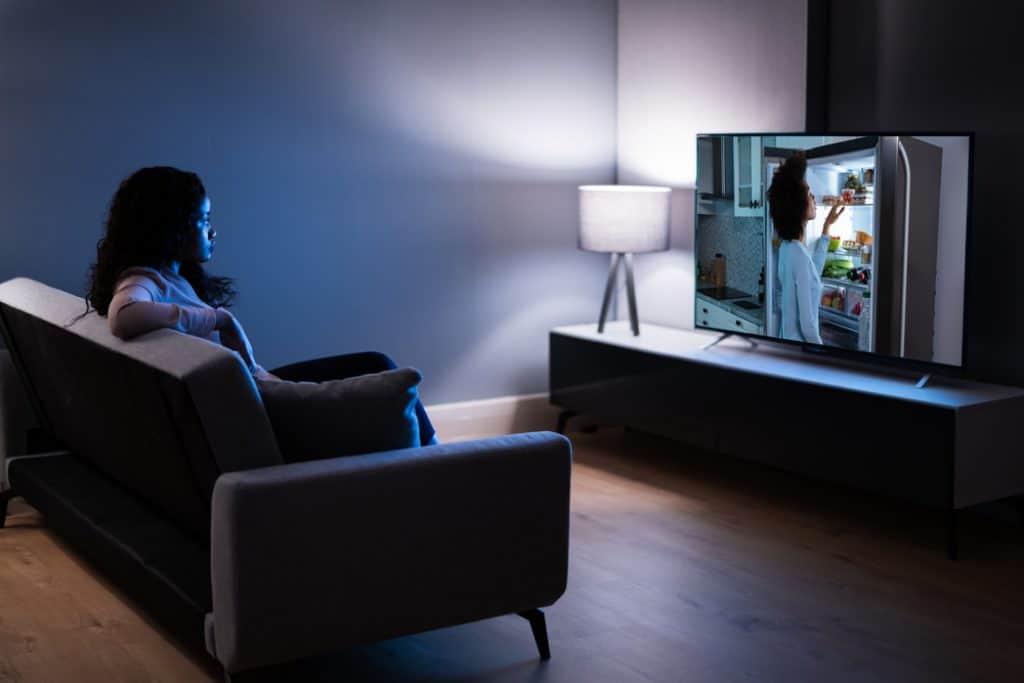 The only problem with these speakers is that they lack bass, just like most speakers on inexpensive televisions. This is evident through the speakers’ subpar low-frequency extension.

Additionally, low-frequency extension is usually recorded in hertz. Moreover, the lower the hertz generated, the more the bass produced.

A dialog sound can be described as an interaction between two or more characters in a film. Additionally, Hisense 32H4F’s speakers are fairly loud, and even at the maximum volume level, distortion is minimal.

This is evident through the speakers’ THD score. The Hisense 32H4F’s speakers registered an impressive THD score of 0.478.

THD, also called Total Harmonic Distortion is an assessment of how much distortion a piece of audio equipment produces. The measurement result is often stated as a percentage, therefore; the lower the percentage, the less distortion.

Therefore, even though the speakers lack bass, you will enjoy listening to loud music without the fear of sound distortion.

In conclusion, the Hisense 32H4F’s speakers are really impressive. However, they lack bass just like most speakers found on low-cost televisions.

Therefore, after thorough considerations, I will rate the Hisense 32H4F an eight out of then in this sound review section. 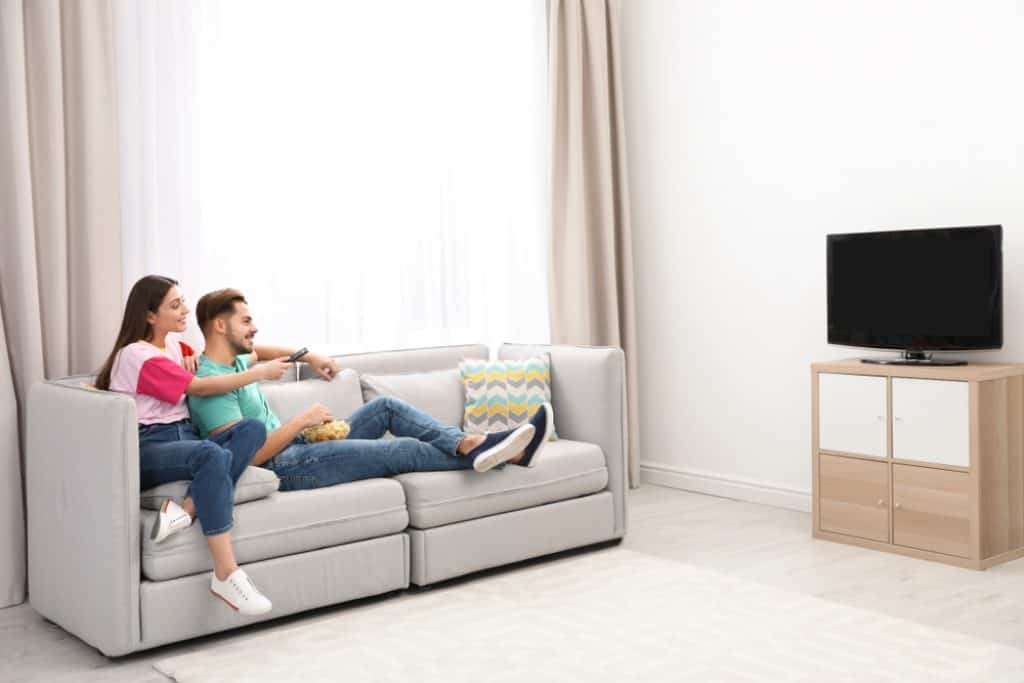 Port selection on the Hisense 32H4F is rather impressive compared to most budget television. The ports are actually at the back of the television, but they are side-facing.

Other ports on the Hisense 32H4F include one USB 2.0 port, Audio/Video input ports, and an Ethernet port. Additionally, the television features an RF port for connecting an antenna, a 3.5mm headphone jack, and optical audio out.

In addition to that, the Hisense 32H4F has WIFI for wireless connectivity.

Moving on, the Hisense 32H4F comes with a ROKU TV IR remote control. This remote control is quite small, and it should fit perfectly in your palm.

Additionally, the remote is pretty basic, with a matte-black finish. Just like other ROKU TV remote control, this remote control has a blue plus-shaped navigation button.

Additionally, the mute button and volume button on this remote control are on the right side of the remote. Unfortunately, this remote doesn’t have a microphone for voice control, unlike ROKU Voice Remote.

Therefore, to make use of the voice command, you will have to pair the television with a Google Home speaker. Additionally, you can also make use of an Amazon Echo or any Alexa device. 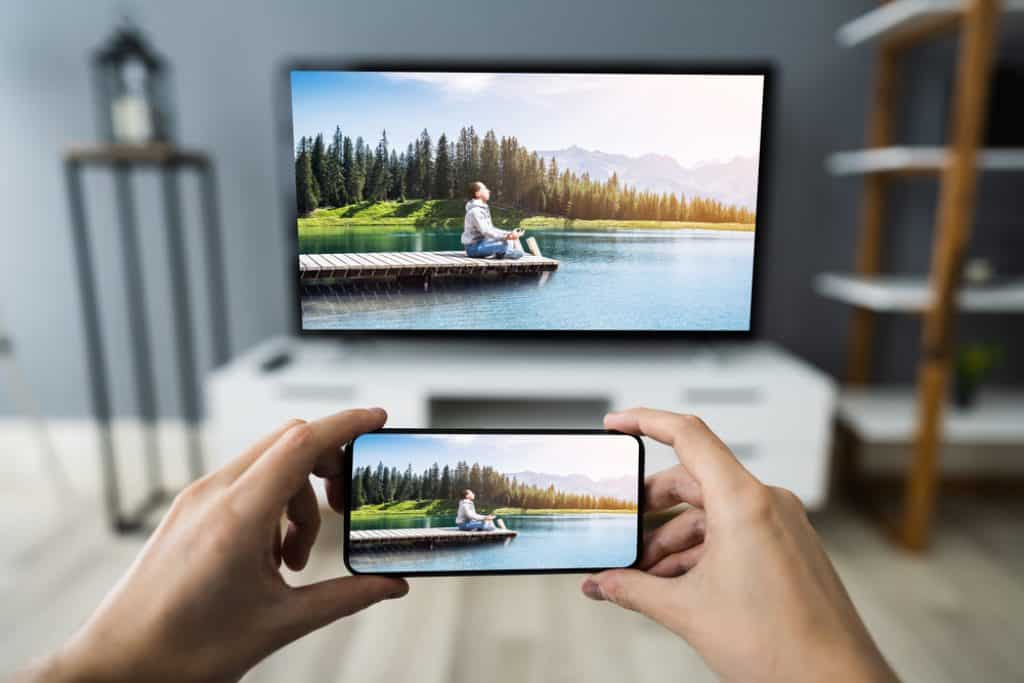 The interface of the ROKU smart TV operating system is very easy to use and has minimal lag. However, you will notice some ads once in a while.

Additionally, it takes apps a few seconds to launch after input.

The streaming services on the ROKU smart TV operating system which are free include Pluto TV, Tubi, and ROKU Channel.

Additionally, using Miracast/Wi-Di, you can stream movies from your laptop or computer to the Hisense 32H4F. You may also stream content to the television using the ROKU app on your mobile device.

Therefore, in this smart feature review section, I will be rating the Hisense 32H4F a nine out of ten. 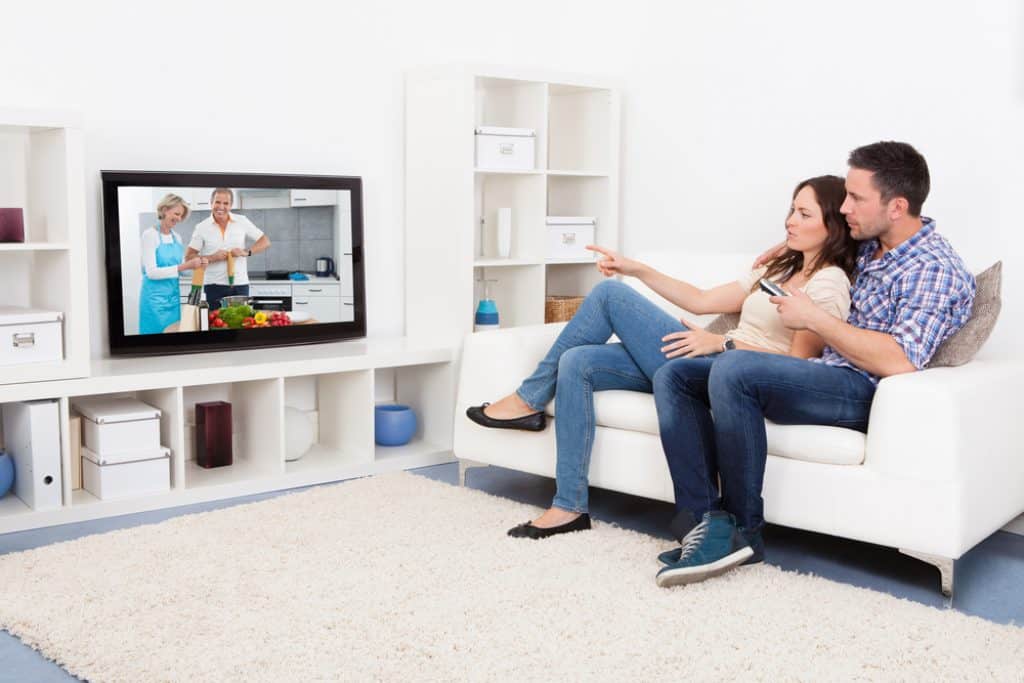 1. Is Hisense Based In China?

Yes, they are. Hisense Co. Ltd., based in Qingdao, Shandong Province, China, is a Chinese multinational major appliance and electronics manufacturer.

2. Where Are Hisense Products Manufactured?

Hisense, a Chinese multinational company, produces a wide range of major appliances and electronics, such as refrigerators and televisions. It claims to have 13 manufacturing plants in China and others in Hungary, Mexico, South Africa, Egypt, France, and Algeria.

3. Which TV Is Better: Toshiba Or Hisense?

4. Are Hisense Televisions Manufactured By Samsung?

No, they aren’t. Hisense televisions are made by Hisense Group, which is a subsidiary of Hisense Visual Technology Co., Ltd. According to Wikipedia, Hisense has about 14 industrial facilities.

These facilities assemble a wide range of electronics and home equipment.

Yes, they are. All Hisense TVs in the United States have either an Android smart TV operating system or ROKU TV Smart OS. These operating systems offer streaming apps like Amazon Prime Video, Netflix, and Disney Plus.

6. Is Hisense Superior To TCL In Terms Of Quality?

Hisense TVs come with more picture-enhancing features, more powerful speakers, and more TV inputs. On the other hand, TCL televisions are more robust and come at an affordable price.

7. What Is The Average Life Expectancy Of A Hisense TV?

8. Does The Hisense 32H4F Have Bluetooth?

Yes, it is. The Hisense 32H4F is a decent smart TV that can also be used as a PC monitor. Additionally, the television is very affordable and has a low input lag, and feels very responsive. 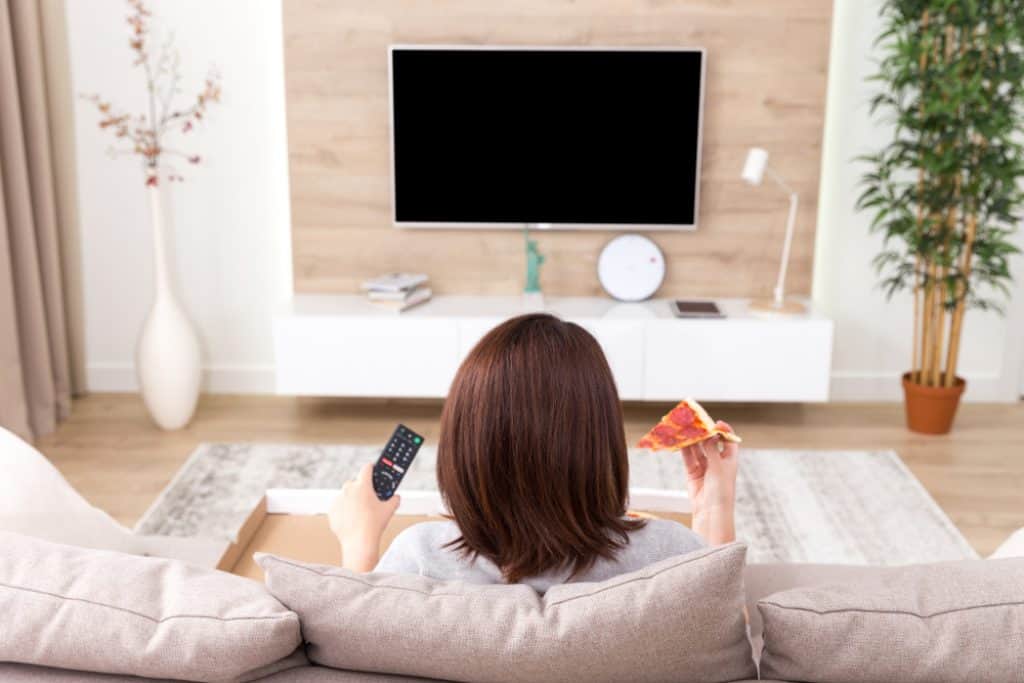 The Hisense 32H4F is an average affordable 32-inch television with one of the best smart TV OS, ROKU TV. This television has access to thousands of streaming services and applications, thanks to its ROKU TV operating system.

Additionally, its display has wide viewing angles, and low input lag, which makes it an ideal option for gamers. However, the Hisense 32H4F’s display has a disappointing contrast ratio and its brightness is also very poor.

Overall, the Hisense 32H4F is an average smart television with a powerful operating system.

The Troubled Fate of ‘Y: The Last Man’

The Creation of the Arcade Game Centipede