The New York City doctor behind a groundbreaking pig kidney transplant predicts surgeons will be able to perform the same procedure with livers, lungs and hearts in the near future — bringing hope to thousands of Americans on donor lists.

Dr. Robert Montgomery, an NYU Langone surgeon who successfully attached the hog organ to a brain-dead woman, said Thursday he expects live patients could begin receiving the animal kidneys in clinical trials in a year or two.

Within ten years, he believes other previously non-compatible pig parts will also be successfully gene-edited for the life-saving surgery.

“I would predict we are within a year or two of a pig to living human [kidney] transplants,” Montgomery said at a virtual press conference.

Dr. Robert A. Montgomery says that surgeons will be able to perform the same procedure with other organs in the near future.NYU Langone Health

“There are a number of different groups preparing for the first clinical human trials.”

The promising gene-editing science — which involves removing a sugar that causes the human immune system to attack animal organs — could later be used on animal livers, lungs and hearts, the surgeon said.

“Ten years from now, I think we’ll be transplanting all of these organs from pigs,” he predicted.

Montgomery, who is a leader in the field of transplantation, also gave new details about the promising procedure, which could eventually help tens of thousands of people on organ donor waiting lists in the US.

During the innovative surgery, performed on Sept. 25, the pig kidney was attached to the blood vessels in a female patient’s thigh along with the animal’s thymus gland, which aids immune system development to keep her body from rejecting it, he said.

The placement allowed the doctors to observe the blood-filtering organ, which appeared “pink” and healthy and “with no evidence of rejection,” for 54 hours, Montgomery said. 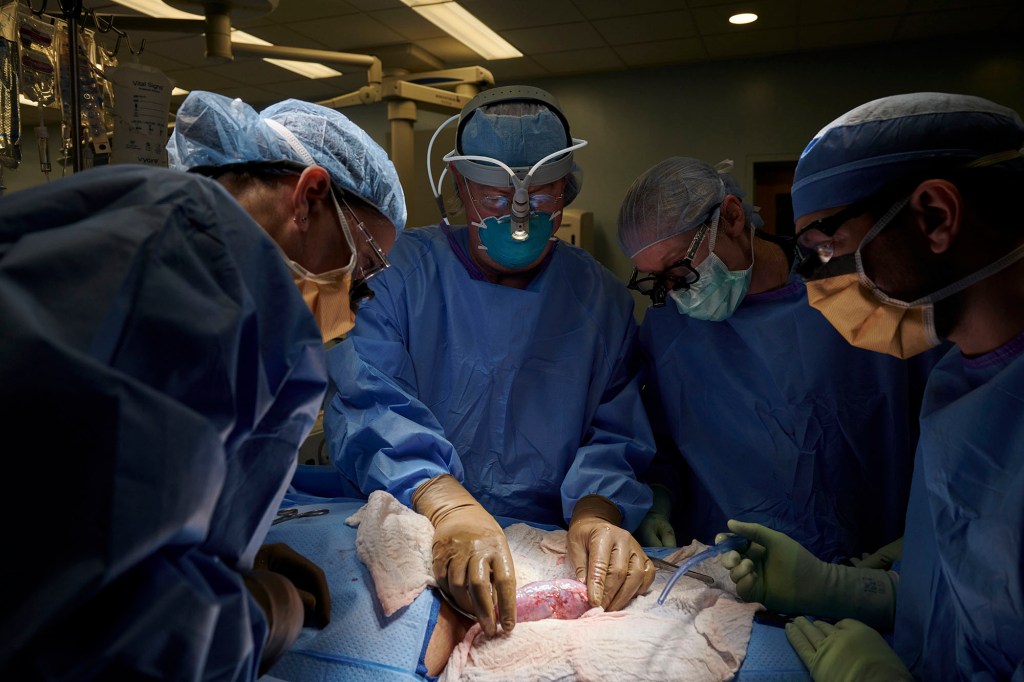 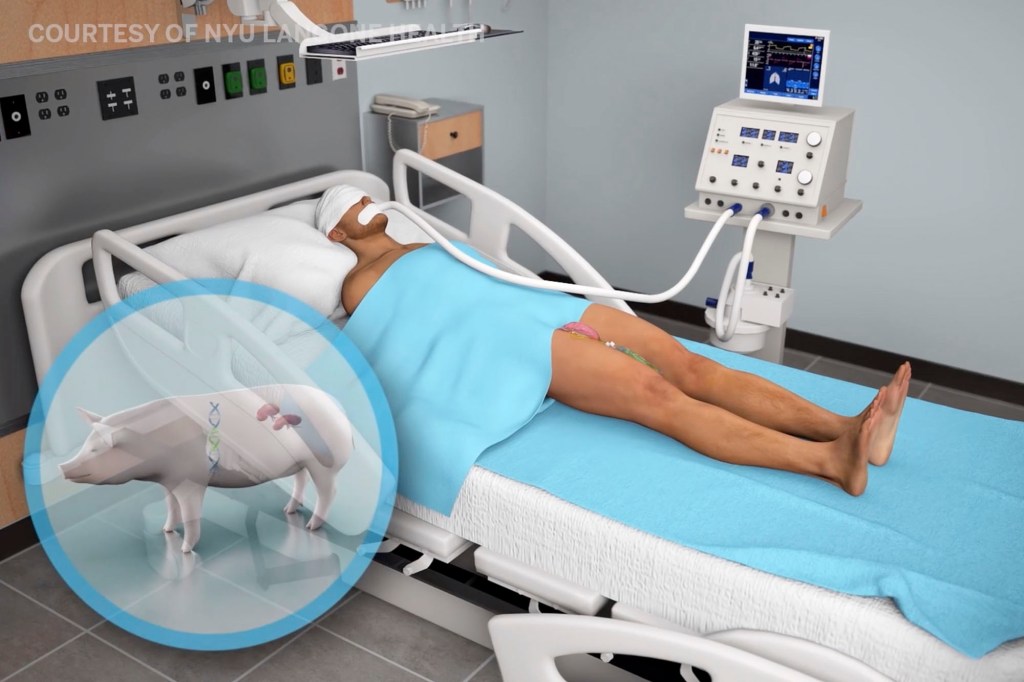 According to Dr. Robert A. Montgomery, the viability of using pig organs will give hope to the 107,000 people waiting for an organ donation. NYU Langone Health. pig kidney transplant

“The kidney began to function, making large amounts of urine within minutes,” he said. “[It] functioned just like a human transplant.”

More data is now needed to ensure pig kidney transplants would work on a widespread level, he said.

“This is the critical intermediate step,” said Montgomery, who himself is a heart donor recipient. 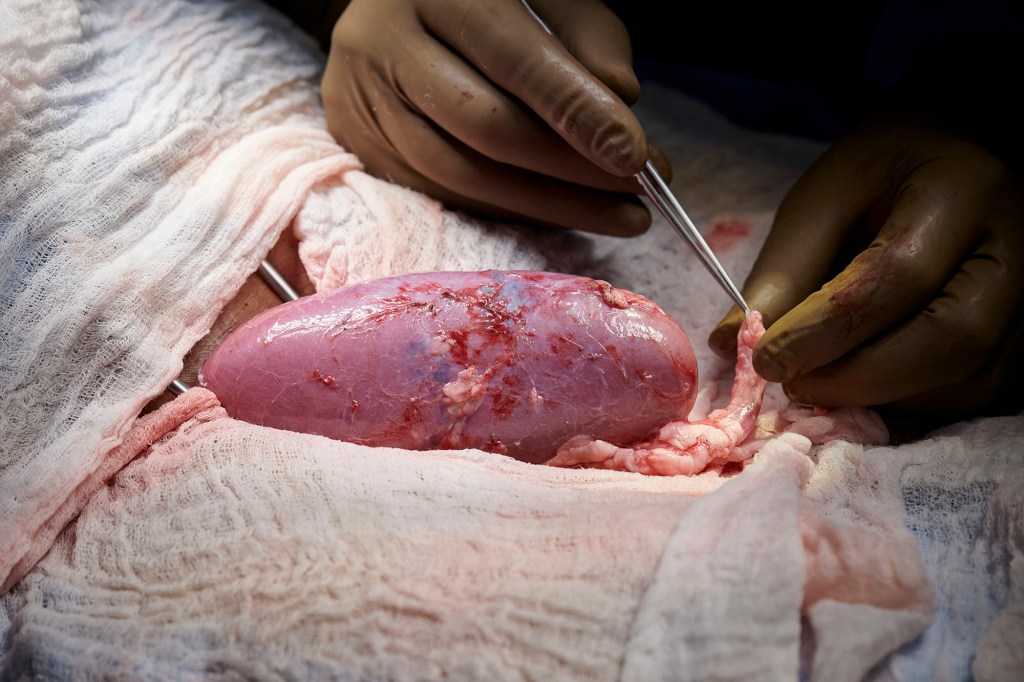 A pig’s kidney is prepared to be implanted in a human body.Joe Carrotta for NYU Langone Health

In the US, almost 107,000 people are waiting for organ transplants, including more than 90,000 for kidneys, whose wait times average three to five years, according to the United Network for Organ Sharing.

Washington Post newsroom drama may have cost this features editor a promotion: report

Where to go for the Best Tapas in Madrid