The Sri Lankan Lions will be taking on Black Caps in the 23rd & 24th match of the ECS-T10 Cyprus Encore on October 21st and 22nd at Ypsonas Cricket Ground in Limassol.

The Sri Lankan Lions are ranked third in the ECS-T10 Cyprus Encore rankings having won four of their six matches. They are off to a good start in this tournament and will be looking to maintain their form in this match.

The Black Caps are placed sixth in the ECS-T10 points table with five defeats in six games. They haven’t had an ideal start to the season and will be aiming to make a strong comeback in this encounter.

The surface at the Ypsonas Cricket Ground in Limassol generally favors the batters. The ball comes onto the bat nicely, making it easier for the batters to play their shots. A total in excess of 100 could prove to be challenging on this track.

Sachithra Tharanga: Sachithra is a great option from the wicketkeeper section. He has been in excellent touch with the bat in recent games and has also contributed behind the stumps.

Roshan Sirwardana: Roshan has been a consistent performer this season. He can be crucial in this match.

Atta Ulla: Atta has been outstanding with the bat, scoring 339 runs so far and will be looking to add more to his tally.

Chamal Sadun: Chamal is an excellent all-rounder for the Lions. He has scored 339 runs and has also grabbed 18 wickets in the tournament.

Waqas Akhtar: Waqas is an excellent all-rounder for the Caps. He has hammered 373 runs and has also chipped in 11 wickets in the tournament.

Umar Farooq: Umar has bowled well so far this tournament, having picked up eight wickets. He can be a crucial bowler in this battle.

Kamal Raiz: Kamal is one of the best picks in the bowling department. He has scalped 20 wickets so far and could be a key player in this game. 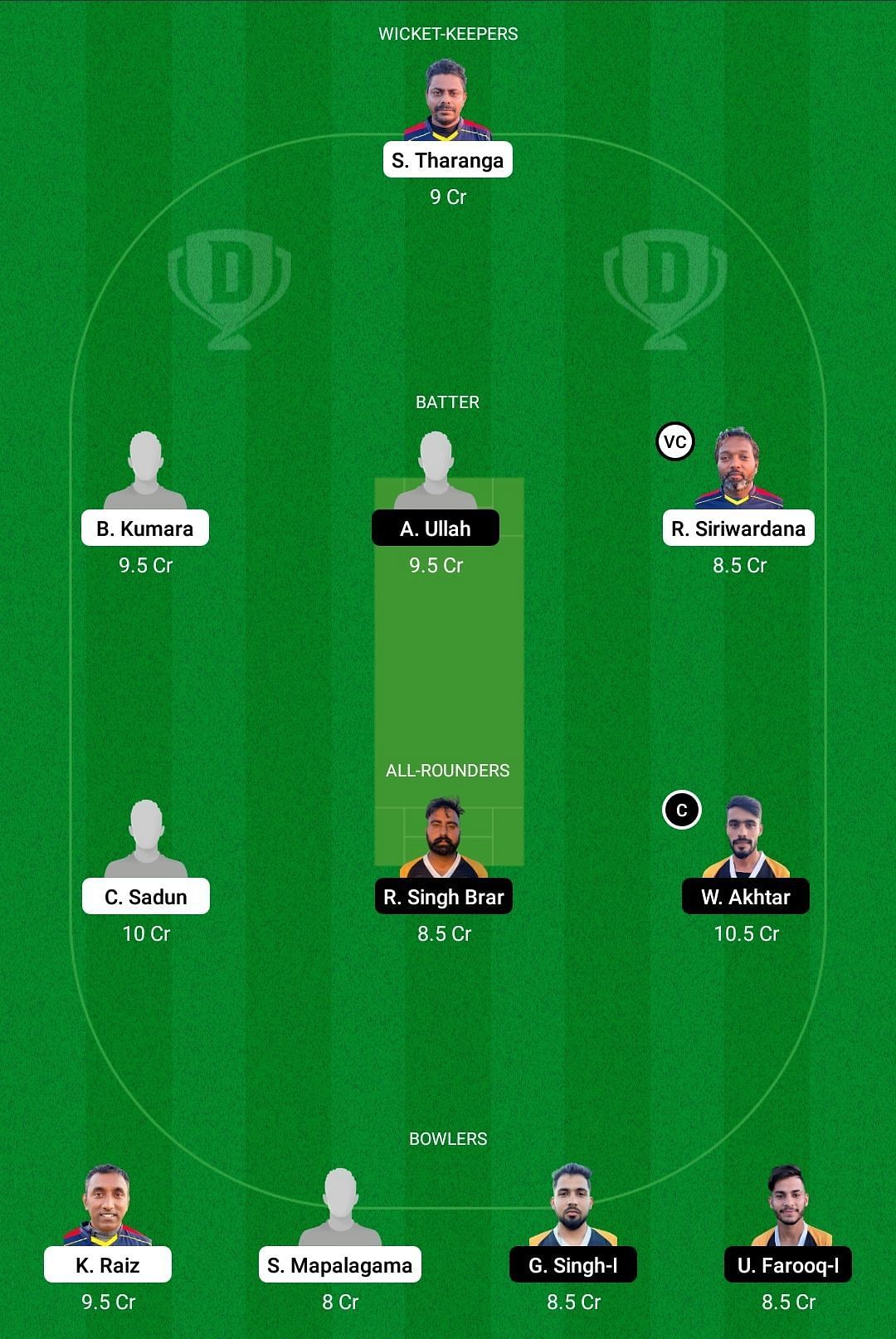