The monarchy of the tiny principality of Monaco would have looked very different if Marilyn Monroe was on the throne.

The new Curiosity Stream docuseries “Royals: Keeping the Crown,” dives into how the Hollywood starlet was reportedly eyed by Prince Rainer to be his wife and princess before Grace Kelly took her place.

Rainier was about to lose the Monégasque crown shortly after World War II due to possible financial ruin and low tourism, according to People. The prince had no heirs and was unmarried at the time, so he had to find a wife in order to secure the throne and the principality’s future, according to the docuseries.

University of St. Andrews historian Chandrika Kaul explained that the prince was 32-years-old and “the idea that he might lose his principality if he doesn’t marry well and produce a male heir is uppermost in his mind.”

“The stakes couldn’t be higher — Monaco is under threat. It could collapse, and Rainier has to save it,” royal historian Kate Williams added.

Instead, the crown’s advisers came up with an almost devilish plan to seal Monaco’s fate: Rainer should consolidate his House of Grimaldi nobility with America’s “new royalty” by courting a Hollywood celebrity.

Monroe was regarded as Hollywood’s It girl and as a sex symbol during the Golden Age of film in the 1950s.FilmPublicityArchive/United Arch

“Prince Rainier was advised that he would do well to marry a Hollywood ‘princess,’ and [capitalize on] all the celebrity and fame that went with that marriage,” Kaul noted. “What Monaco needed was to revive its tourism trade. It made perfect economic sense.”

Monroe was high up on the list of A-listers at the time that could make for a good spouse for the prince, the docuseries said. However, her status as a sex symbol as well as her overtly sexual public image made her not the right contender, or so “Royals” claimed, and so the “Gentlemen Prefer Blondes” star’s name was quickly thrown out.

The “Rear Window” actress attended the 1955 Cannes Film Festival on the French Riviera and she was later invited to visit Monaco for a photoshoot for “Paris Match” magazine at the royal palace.

“The executive at ‘Paris Match’ thinks that this will be a really dramatic, sensational meeting between the queen of Hollywood and their own prince, who is an eligible, young, handsome bachelor — who also just happens, rumor has it, to be looking for a wife,” said Kaul. 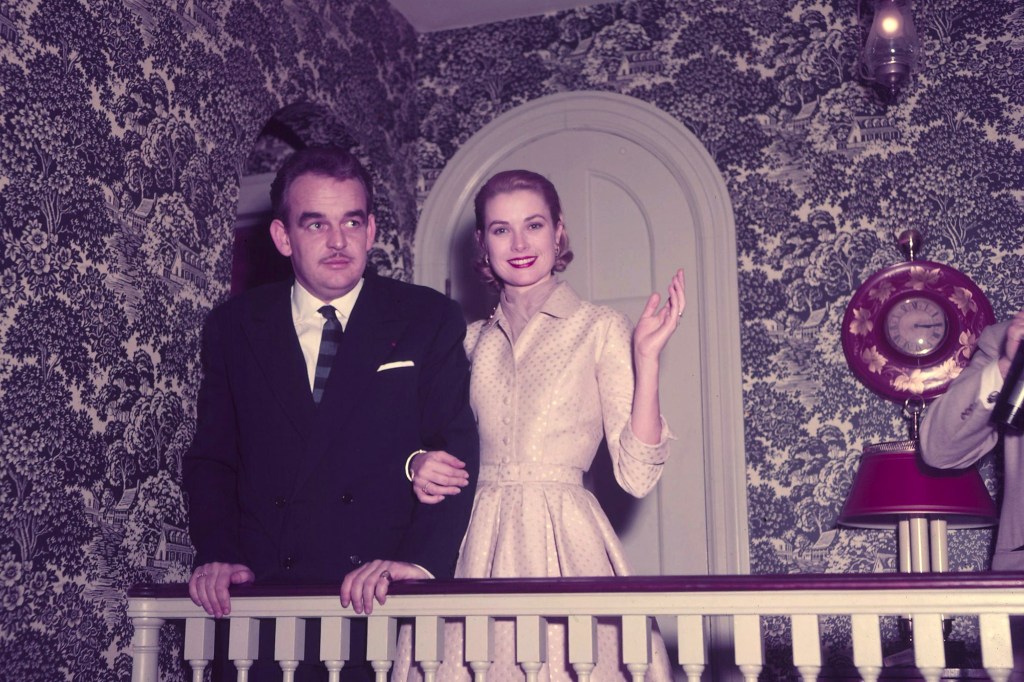 Rainer and Kelly married in 1956 after only a few months of courtship.NY Daily News via Getty Images

“During this photoshoot, you really see how Rainier is entranced by Grace, and really, I think, he falls in love with her on a personal level — but he also sees her as the answer to so many of his problems,” Williams added.

Kelly got her fairytale ending and the pair married in April 1956 and had three children — Princess Caroline, Prince Albert and Princess Stephanie.

But becoming royalty has a price. Kelly decided to give up her career when she was just 26 to marry Rainier and she even paid a $2 million dowry to become a princess.

Human remains discovered in the search for Brian Laundrie

From Alabama to Utah, Efforts to Vaccinate Medicaid Enrollees Against Covid Run Into Obstacles