Gene therapy pioneer Richard Jude Samulski remembers when he avoided the words “gene therapy.” In the mid-2000s, he told people he worked on “biological nanoparticles,” even attempting to trademark the term. “We felt that was the disguise we were going to have to wear to go forward,” recalls Samulski, a professor of pharmacology at the University of North Carolina at Chapel Hill.

The death of a teenager in a gene therapy clinical trial in 1999 and cases of leukemia in a trial soon after almost extinguished the field, which seeks to treat diseases at their roots by replacing or counteracting a malfunctioning gene. There were federal investigations, funding cuts and a lot of negative media attention. Yet a handful of researchers never stopped working, sometimes out of doggedness and sometimes because they couldn’t say no to desperate parents. “Everybody adapted to do what it took to keep going,” Samulski says.

The gene therapy story has a happy ending. Today, the Alliance for Regenerative Medicine lists nine available gene therapies worldwide that have been approved by internationally recognized regulatory agencies, as well as more than 200 in advanced clinical trials. The field attracts billions of dollars in funding each year. But its tumultuous past reminds us that the course of medical innovation rarely runs smooth.

It all began more than half a century ago, with the discovery of molecular knives and a virus lurking in monkey cells.

In the 1960s, researchers identified proteins in bacteria that work like chemical knives to cut DNA into fragments. These “restriction enzymes” raised the amazing possibility that scientists could take DNA apart and put it back together. Then, in the 1970s, a virus called SV40, isolated from monkeys’ kidney cells, proved to be able to deliver genetic material into target cells.

Together, the discoveries suggested that it was possible to use a viral vector like a molecular FedEx truck to deliver new DNA into cells to counteract or replace malfunctioning DNA. Unfortunately, SV40 proved to be too unreliable and risky for medical applications. It tended to insert chunks of DNA in places that could cause cells to become cancerous. So began the multi-decade hunt for new, better vectors.

Two initial gene therapy trials conducted in the United States in 1989 and 1990 used modified retroviruses, a type of virus able to change its RNA-encoded genes into DNA once inside a cell. Both treatments — one for melanoma, another for an inherited autoimmune disease called severe combined immunodeficiency, or SCID — had no ill effects, but only limited success. Despite this, dozens more clinical trials were conducted throughout the 1990s with retroviruses and other vectors, including adenovirus, a cause of the common cold. After selecting a virus based on how well it could transfer genes into cells, scientists would remove any viral genes that might cause disease and then tack on the “healthy” genes slated for delivery.

Over the next 10 years, almost 4,000 patients were treated in 500 trials, but with virtually no success.

Meanwhile, Samulski had been searching for other vector options. In a virology book, he spotted adeno-associated virus, or AAV, listed as a virus that doesn’t cause disease in humans. “It was a eureka moment,” he recalls. “Wow, why aren’t we using something like this as a delivery system?”

By 1994, Samulski and his first graduate student, Xiao Xiao, showed that in addition to being less likely to cause disease, AAV vectors had a key, desirable feature for gene therapy: When AAVs delivered a gene into a cell, that gene was expressed for the lifetime of the animal.

At first, however, no one believed them. How could their viral vector persist, while others lasted only weeks before being destroyed by the immune system? “We were getting so much pushback,” says Samulski. When the work was finally published in 1996, many labs began calling and asking for the vectors.

Initial results using the vectors got everyone excited. At the University of Pennsylvania, Katherine High and colleagues developed an AAV-based gene therapy for hemophilia, an inherited bleeding disorder that had long been an attractive target for gene therapy because it is caused by a single malfunctioning gene. The therapy worked in a mouse model, then in a dog model. It was time to test it in people.

Gelsinger was a teenager enrolled in a phase 1 safety trial at the University of Pennsylvania for a gene therapy to treat an inherited metabolic disorder. His disorder was under control with diet and medication, yet he opted to participate to help others with the condition. Gelsinger died from an inflammatory response to the adenovirus vector. News that an experimental treatment had killed an otherwise healthy volunteer made national headlines and initiated a Food and Drug Administration investigation into that trial and others. 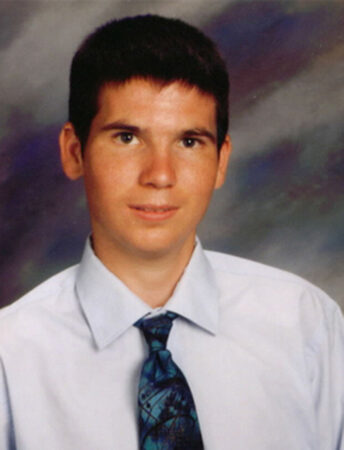 The death in 1999 of Jesse Gelsinger, a teenager enrolled in a gene therapy trial, and other high-profile failures pushed many research teams away from gene therapy.Wikimedia Commons

Then, from 2002 to 2004, five of the 20 children in a SCID gene therapy trial in Europe developed leukemia. The viral vector had integrated in their genomes next to a cancer-causing gene. One died.

“The whole field entered a five-to-10-year dark age,” says Guangping Gao, director of gene therapy at the UMass Chan Medical School in Worcester, Mass. Gao was studying AAV vectors at UPenn at the time but was not involved in the clinical trial. “It went from a place of hype to no hope at all.”

With so many high-profile failures, some labs closed, others pivoted away. Samulski, High and Gao were among the few who carried on. “We never stopped our research,” says Gao. “I’m a very bullheaded person, so stubborn. So if I decide something, it’s hard for me to give up.”

In Europe, a team testing a different SCID gene therapy was allowed to enroll just one patient at a time. “It took us eight years to do the first 14 patients because of that,” says Maria Grazia Roncarolo, who led the trial while at San Raffaele Telethon Institute for Gene Therapy in Milan. She is now a professor of pediatrics and medicine at Stanford University School of Medicine.

And there was one pivotal group that did not abandon the field: the parents of sick children. With no other treatment options, parents appeared in researchers’ offices, often with their kids in tow, asking, “Can you save my child?”

From a trickle to a roar

Parents funded foundations, and those foundations funded scientists. “They kept labs alive that were either going to close or go where money was being made,” says Samulski.

By 2010, Gao, gene therapy researcher James Wilson and colleagues had identified new AAV vectors, scientists knew more about how and where viral vectors work in cells, and labs recorded success in animal models. “At some point, you couldn’t keep saying, ‘It’s not going to work,’” says Samulski, who in 2001 cofounded AskBio, a North Carolina–based gene therapy company.

Based on that promising preclinical work, human trials restarted. Many employed AAV vectors, although other vectors were also used. In 2009, Roncarolo’s team published their successful effort for treating SCID using a retroviral vector without causing leukemia. “This trial proved that it could be safe, but more importantly proved it could cure the patients,” she says.

Dozens of biotech companies joined the field, and large pharmaceutical companies funded clinical trials. In 2013, High and colleagues founded Spark Therapeutics in Philadelphia, and led a team with Jean Bennett and Albert Maguire at Penn Medicine that obtained the first FDA approval of an AAV gene therapy, Luxturna, in December 2017. Also in 2017, the FDA approved two gene therapies that use a patient’s genetically altered immune cells, called CAR-T cells, to fight rare types of cancer. A year earlier, Roncarolo’s SCID therapy, Strimvelis, was approved by the European Commission.

In late 2021, there were 46 gene therapies in the final, phase 3 stage of clinical trials, including High’s therapy for hemophilia, an early version of which was first tested in humans 20 years ago. In the same year, over 1,220 gene therapy clinical trials were aiming to enroll 90,000 patients worldwide. The FDA and the European Medicines Agency predict they will each approve 10 to 20 gene and cell therapies — therapies that transplant cells, whether genetically modified or not, into a patient’s body as a treatment — per year by 2025.

Each achievement in the field has been like climbing to the pinnacle of a mountain only to realize it’s another base camp, says Samulski. Current mountains include trying to prevent a toxic immune response that can occur in reaction to large doses of a gene therapy, ramping up manufacturing of vectors, and continuing the never-ending hunt for more effective gene delivery systems.

High, now President of Therapeutics at AskBio, is excited about new approaches to gene therapy, including CAR-T cell therapies and gene editing with CRISPR/Cas9. But she hopes researchers can learn from the past: It takes time and perseverance to develop a new class of therapeutics. “My excitement is always tempered by my hard-won knowledge,” she says.