Do you have that friend who’ll compromise the enjoyment of the group in order to indulge their own ego? You know, the ‘wacky’ friend who not only has to do everything just a little differently, they need you to know that they’re special and unique and out there and WILL YOU JUST ORDER A NORMAL COFFEE, CLIVE?

Ahem, sorry. Anyway, the point is, Aeon Must Die! is avowedly, aggressively different, but in a way that unfortunately highlights its shortcomings rather than elevating proceedings into something fresh. It’s trying super-duper hard to impress, but it comes off a little — as the kids say — cringe.

The story is dull and tiresomely presented with ceaseless cutscenes of banal dialogue. You play as a creature of a race known as Starspawn, possessed by the spirit of evil emperor Aeon. Or something like that. The game’s story is so uninteresting that we eventually started skipping cutscenes, mashing the ‘B’ button as soon as one appeared. Frankly, we defy you to do otherwise. Besides, this is a fighting game, not a visual novel.

Visually, we’ll throw it a bone by begrudgingly admitting that the harsh blacks and generally dark palette work well with the new Switch OLED. Outside of this boon afforded by glorious new hardware, however, it’s a bit of a state of affairs. It would be churlish not to praise the stuff that deserves to be praised, such as the stylish menus, but nobody buys a video game for those. 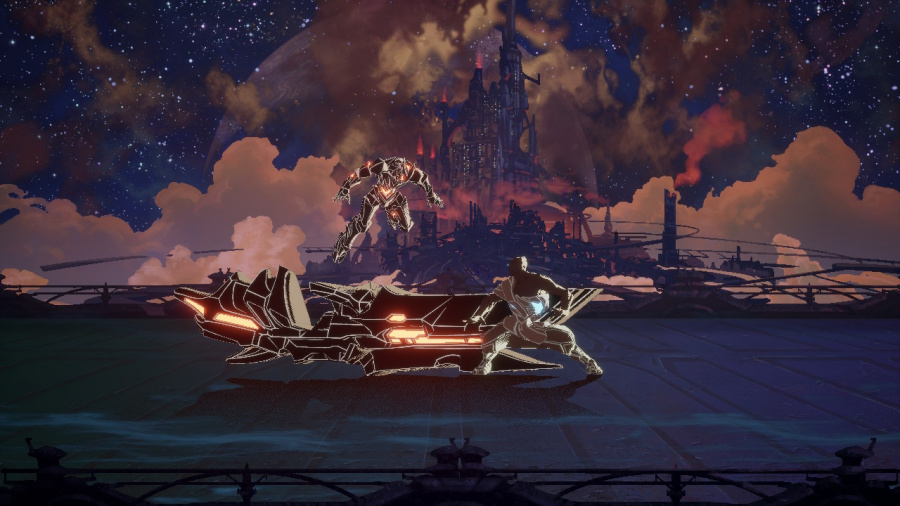 In-game, the characters look fuzzy and indistinct — oddly enough, this is by design rather than a technical issue, seemingly. Character designs feel generically “edgy”, all harsh angles, fiery energy and SHOUTING, but it’s all bluster. There’s nothing to invest in, nothing with any real humanity. And with themes of possession in play, you’d think they’d make the effort to do so.

Performance-wise, the game is in the unusual position of running really well, but also horribly. See, it runs perfectly both handheld and docked, but “perfect” for Aeon Must Die! is… spotty at best. It’s been animated at a relatively low frame rate, so every movement feels leaden and unpleasant. Sort of like it’s lagging behind your actual inputs, like you’re streaming it; watching rather than playing. We’d best describe it as feeling disconnected, which is far from ideal in a game this demanding.

The bulk of the gameplay — well, the entirety of it — is fighting, but this is no belt-scroller akin to Streets of Rage 4. More’s the pity, because the single-lane system here is downright repetitive and that’s without even getting into how identical the battles tend to feel. There are definitely plenty of moves and throws, but none of them actually feel good to execute. The same over-leaden feeling of the movement also sneaks into the combat, with every punch or kick feeling sluggish. Of course you have your combos, your specials, but our drive to actually use them was lacking considering the repetition and frankly confusing systems in place. 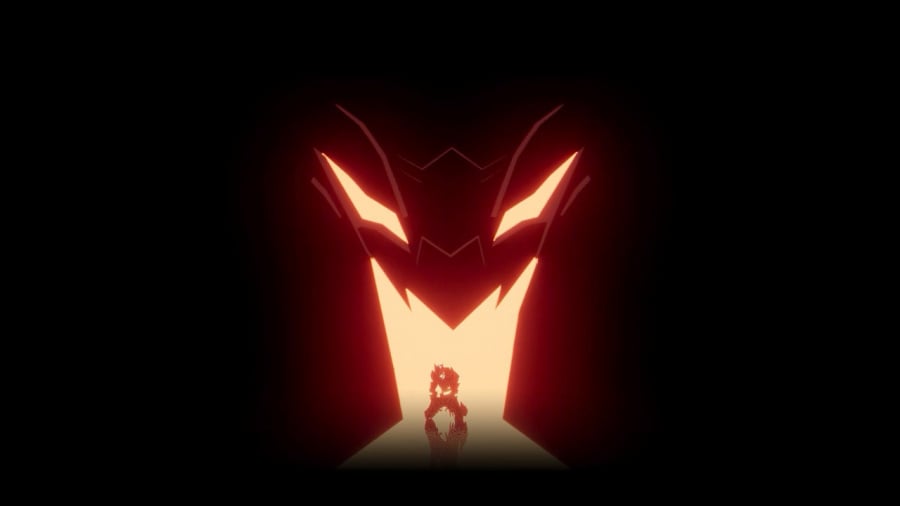 In combat, you have regular attacks and heated, flame-based attacks. The latter cause a bar to raise which, when full, puts you into an overheated state which makes you more powerful while also making you susceptible to a single-hit kill. Conversely, you can enter an opposite state that makes you weaker while also resulting in a single-hit kill situation. Thusly, you’ll find yourself juggling the heated and non-heated attacks in a way that feels more time-consuming than tactical. When you encounter enemies that can only be damaged by one or the other, things ought to pick up but they simply don’t because ‘involved’ doesn’t necessarily mean ‘fun’. The ingredients of a good game are here, but all the parrying, dodging, throwing, and unlocking of additional moves and skills amounts to nothing when the core fighting is so uninteresting and feels so sluggish to play.

Taking a balanced look at Aeon Must Die!, we really struggle to see exactly what anyone could get out of it. It’s repetitive, ceaselessly uninteresting and frustrates on a fundamental level. We’ve certainly played worse games and it deserves credit on some level simply for having so many ideas, but none of them are good — or, at least, none of them are executed with the requisite level of skill that would make them work. It’s a shame, because with more refinement, more of a tight clutch and a willingness to throw out what doesn’t work, we feel like Aeon Must Die! could be pretty special. As it stands, there’s no level on which we can enthusiastically recommend it.