A road trip to Ilocos Norte and Ilocos Sur: Rich in Culture, Traditions and Lifestyle.

Our trip began at Quezon City, one of the cities that make up the Metro Manila.

We decided to travel on our own with our private vehicle and to use information about the places we were planning to visit through the web. We even used Google maps on how to reach our destination and it was actually accurate.

It’s not that hard getting to those provinces since we traveled on main highways, except for some dangerous curves on the mountain road.

Next Stop: The City of Vigan

Vigan is the capital of the Province of Ilocos Sur, a World Heritage Site since it is one of the few Hispanic towns left in the Philippines. There are hotels and other accommodations in and around the area; contemporary and traditional restaurants. Of course, go for the traditional!

So our plan was to look for a good accommodation since we were planning to stay the night in Vigan. The travel time took 8 hours including stops to have a rest and to eat our packed lunch. We left Quezon City at around 6:00 am and arrived to Vigan at around 2:00 pm.

We searched in advanced for good places to stay the night in Vigan and decided to stay in Villa Angela, since it had positive reviews and reasonable rates. Unfortunately it has very few rooms and there were no vacant rooms when we got there. Don’t worry you can make reservations! We just overlooked. 🙁

So we decided to look for other hotels and found Casa Rica Hotel, a boutique hotel not far from Villa Angela. A really good place! You could feel the traditional life style! Surprisingly we were the only guests to check in the hotel, no worries! Was actually fun because we felt like it was our rest house! 🙂 They were very accommodating, informative and included breakfast. Good service and located less than five minutes drive from the Heritage Village.

It is not hard to find the tourist spots in Vigan. Just around the Heritage Village (which is the main attraction) are plazas, old cathedrals, churches, and museums (donation fee: any amount, others costing only from 20 to 50 pesos).

You can walk or ride the kalesa, it will take you to 7 to 8 different places, but you can request not to go to some of them if you have visited already. Of course it will take you more than one hour to make the complete tour since during that time you’ll take pictures inside museums, climb up a bell tower and other stuff. So be ready! 🙂

We ate at Cafe Leona for dinner, there’s a wide variety of local to modern dishes. Again, LOCAL! 🙂 In the menu are their must try local dishes. We ordered llocos longganisa, Pinakbet Pizza, Chopseuy, and Plain Rice. Good good good! Good service too! Then back to our hotel for a good night sleep. 🙂

Then we took off to Laoag, Ilocos Norte at around 11:00 am

Vigan to Laoag will take 1 hour and 30 minutes.

The City of Vigan is a Unesco World Heritage Site in that it is one of the few Hispanic towns left in the Philippines where its structures remained intact, and is well known for its cobblestone streets, and a unique architecture that fuses Philippine and Oriental building designs and construction, with colonial European architecture. Because of this, Vigan City was officially recognised as one of the New7 Wonders Cities of The World.

We arrived to Laoag at around 12:30 pm and headed to the Marcos Museum and Mausoleum (Open daily, 9:00 am to 12:00 pm and 1:00 pm to 4:00 pm) We waited for 30 mins for the registration. It’s a place to learn a lot about Ferdinand E. Marcos, president of the Philippines for 20 long years, his power, success, riches and…more riches…..and more riches….and more and more and more…. riches. His embalmed body in the mausoleum looked like a wax replica to us.

From there we headed to Malacañang of the North and Paoay Lake which took us 30 minutes to arrive (Tuesday – Sunday 9:00 am to 11:30 am and 1:00 pm to 4:30 pm). Also called the Malacanang ti Amianan, was the place where the former President Marcos resided with his whole family, had a golf course and the Paoay Lake at the back of the house where they played water sports.

Wow! Lifestyle of rich and famous!

Since we were out of time, we decided not to go to La Paz Sand Dunes but we really recommend going check it out! We couldn’t make it to our planned lunch out since we were going to the Bangui Windmills and to the beaches in Pagudpud, where we didn’t know where we would stay the night. The original plan was to eat lunch at Saramsam YlocanoRestaurant or La Preciosa Restaurant. Try them out! They are located in the city and are near each other. Very Convenient!

We headed off to Pagudpud, which took us another hour and 30 minutes. 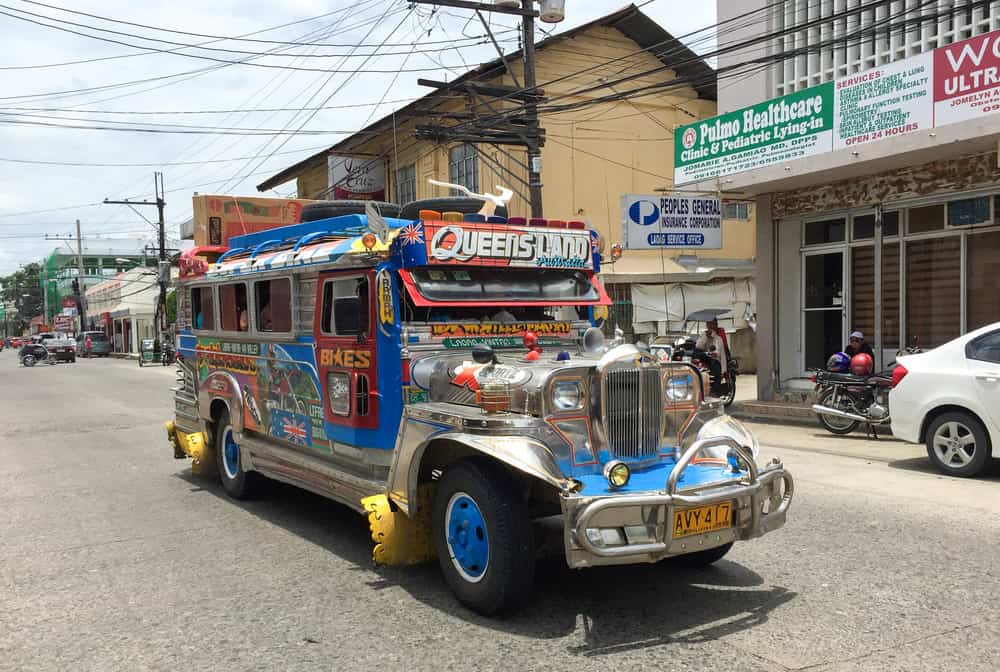 Laoag, Ilocos Norte Jeepney is a most popular public transport on Philippines. – Depositphotos.com

Before reaching Pagudpud, we went to the Bangui Windmills. You can go down those sharp curves of the mountain roads for a closer look. They are actually gigantic windmills that generate electricity.  It is not hard looking for a Beach Resort or any accommodation in Pagudpud, there are plenty of choices from hotels to lodges.

We decided to stay in Terra Rika Beach Hotel, which is an “okay” hotel. I suggest you try out Hannah’s Beach Resort, which has lot of activities. You will have to drive another 20 kilometers, which is why we decided not to go to since we were tired. 🙂 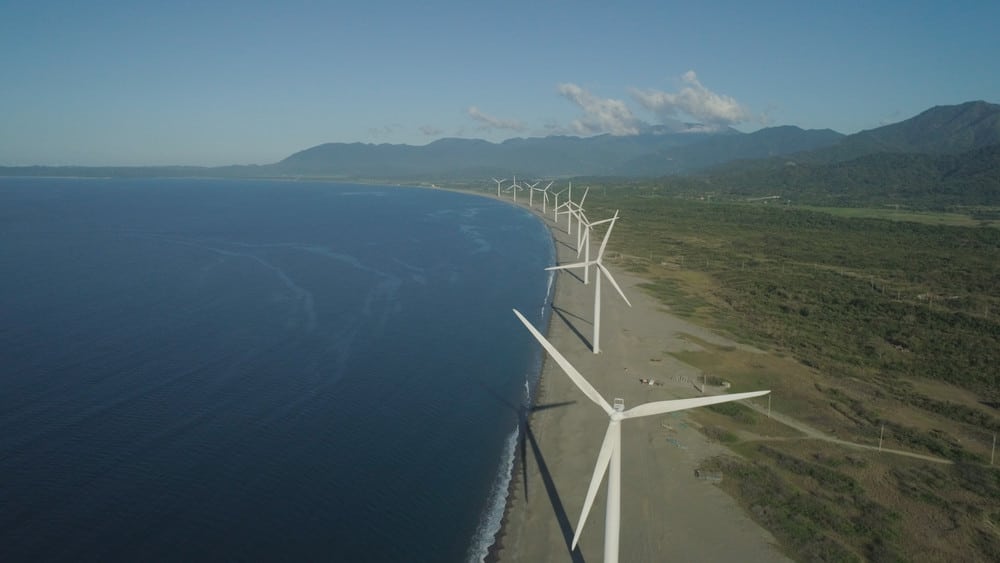 Sigrid Makes a Splashy Return With Her Sophomore Album