I’m always doing things in a metaphorical way,” says the hairstylist Jawara, who created the gravity-defying shapes in this story. “I wanted to get across the idea of hair in motion to represent change—getting out of dark times and leaving uncertainty behind.”

Born in Brooklyn, partly raised in Jamaica, and based in New York and Paris, Jawara, who prefers to use his first name only, knows a thing or two about moving forward. In the eight years since he broke out on his own, after assisting fellow hair greats Guido Palau, Luigi Murenu, and Sam McKnight, he’s become one of the fashion industry’s most in-demand names, and a go-to for stars such as Beyoncé, Solange, FKA Twigs, and Naomi Campbell. 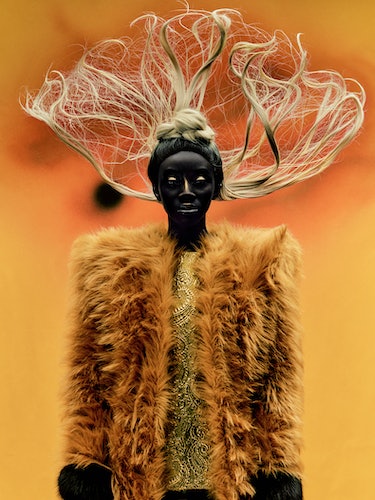 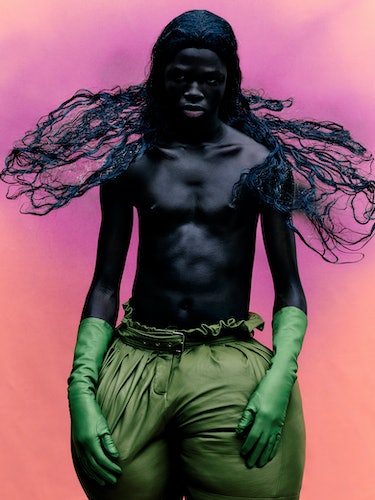 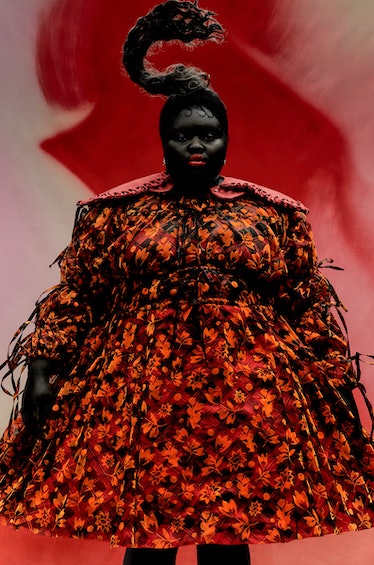 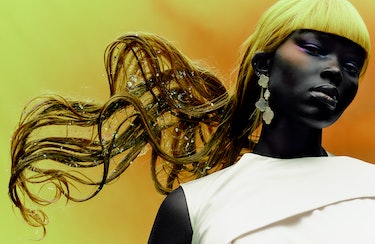 The images on these pages might represent optimism for the future, but the hero reference on Jawara’s mood board was actually an ad from 1979. “When I was younger, there was a Maxell cassette commercial that I thought was so cool,” he says. “You know, the one where a guy is sitting in front of a speaker, and the sound is blowing back his hair, his face—it’s blowing everything. I love that idea of hair being alive.”

Inspiration locked in, the stylist began experimenting in his studio: “I just started playing around with ways to use resin in the hair, so some of the looks were beautiful mistakes, and others were quite intentional.” Jawara made each hairpiece on a different day, “so they all lived in different spaces,” he says. “Some are a bit more serious, or extreme, and some are more fun and upbeat, like the one embellished with bits of broken glass and confetti.”

At work on a publishing project between shoots and shows, Jawara is also focusing on ways he can help educate and lift up the next generation. “I come from a different background from everyone else that I’d worked under, so I felt like my point of view was very rare,” he says. “I would love to open up the door for younger creators who wouldn’t normally have the chance to be in our world of beauty and fashion. I’d like to urge people who feel like their own point of view doesn’t matter to cultivate their ideas, because the world needs to see them.” 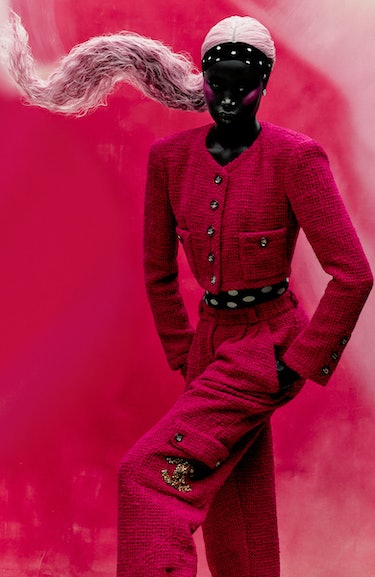 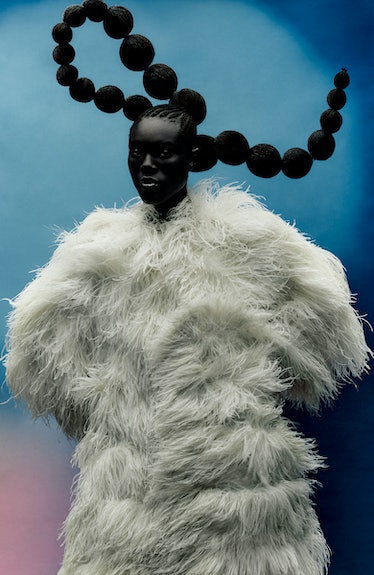 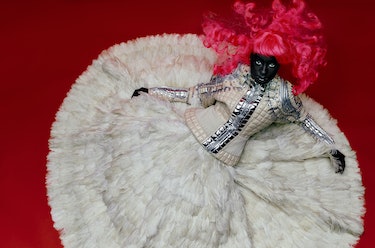 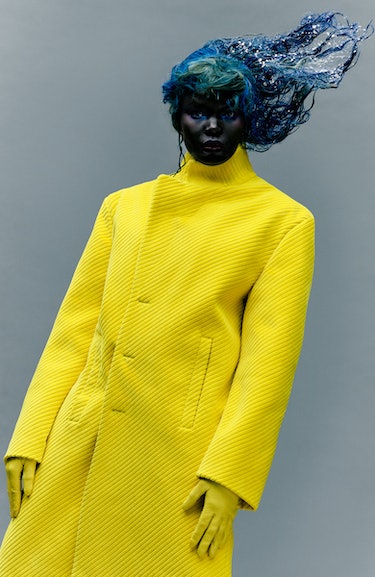 What to Do With That Box of Lemons