Want to know what the best Diablo 2 Resurrected Assassin build is? The Assassin was first playable in the RPG game in the Lord of Destruction expansion alongside the Druid. While the Assassin has some great builds to offer those who choose this class, we’ve gone for the iconic ‘Trapsin’ build that specialises in creating deadly traps for the demons in Sanctuary. With the right equipment and skills, the Assassin can become the ultimate jack of all trades character.

Compared to the other Diablo 2 Resurrected classes, the Trapsin excels in almost every key area – she can tank hits, handle crowds of enemies with ease, and is reasonably simple to play once you learn her abilities. Place lightning traps around the battlefield and set your enemies alight using fire blast to clear any screen filled with enemies.

As with all of our Diablo 2 builds, the Trapsin build can take you all the way from Normal to Hell pretty quickly. Whether you’re going it solo in the RPG game, or have a group of friends to fight demons with, the Assassin fits in perfectly as she can truly do it all. Here’s everything you need to build the best Diablo 2 Resurrected Assassin build.

Activision Blizzard is facing a lawsuit filed in July by the state of California (since expanded for QA and customer service contractors) alleging years of discrimination and harassment. Since then, CEO Bobby Kotick has called the company’s initial response “tone deaf”, employees have staged a walkout, Blizzard president J Allen Brack has left, and the ABK Workers Alliance has demanded change at the company. The lawsuit is ongoing; follow the latest developments here. In September, an agency of the US federal government opened an investigation into Activision Blizzard’s response to sexual misconduct and discrimination complaints from its employees, as part of which Kotick has reportedly been subpoenaed. The company is also facing a separate unfair labour practice suit alleging “worker intimidation and union busting” filed by a workers’ union, also in September.

When played correctly, the trap Assassin doesn’t need to be near enemies to take them down. Fire Blast is one of the Assassin’s best skills, allowing you to throw a small yet powerful bomb at your enemies. This skill costs very little mana and can deal a large burst of damage quickly. Burst of Speed increases your attack and movement speed – this also applies to the time it takes to place a trap.

As for the Assassin’s traps, Death Sentry, Wake of Fire, Wake of Inferno and Lightning Sentry provide you with enough firepower to cripple Diablo’s minions. You can get away with using fire traps throughout most of the game, but once you hit Act 4 on Nightmare, most minions gain fire resistance. From this point, your general game plan involves dropping four Lightning Sentries and using Death Sentry to explode any nearby corpses.

If things start to get a bit dicey, the Assassin can temporarily stun a group of monsters using Mind Blast. This ability stops enemies in their tracks, giving you plenty of time to use some potions and get yourself ready for battle.

When it comes to assigning stat points in Diablo 2 Resurrected, the Assassin is no different from any other classes. You need just enough points in strength and dexterity, usually around 27 points before all the buffs you receive from your equipment, to wield the best armour and weapons. Aside from that, every other point should go directly into vitality. Don’t put any points into energy as you can quickly regenerate mana using potions. If you’ve made a mistake, you can fix them one time by following the steps in our Diablo 2 respec guide.

Here are all of the skills you need to level up for the Diablo 2 Resurrected Trapsin build: 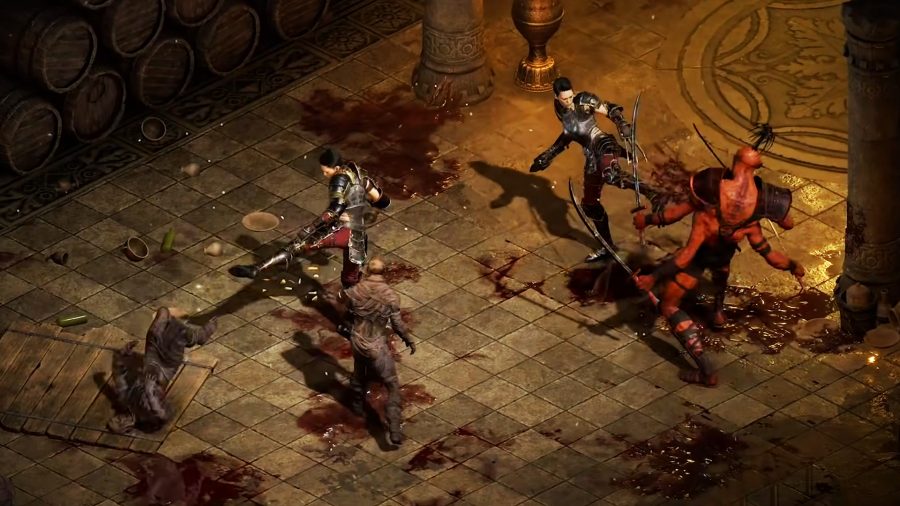 This equipment gives the Assassin an extra boost to strength, health, and includes additional skills. Whereas the best Diablo 2 Resurrected Necromancer build utilised equipment to raise the dead faster, the rate of casting buffs does not affect the Assassin’s traps. Instead, the increased attack speed from Burst of Speed provides enough of a buff that we can ignore this specific stat.

You can find the best mercenary for the Assassin in act two – pick the defensive mercenary with the Holy Freeze aura. This aura is perfect as it drastically slows down enemies, giving them plenty of time to take damage from all of our traps.

The 15 Best CBD Products To Help You Sleep