Apple’s “Unleashed” event on Monday, October 18, is possibly one of most anticipated tech events of the year—more than the WWDC 21 keynote and the “California Streaming” iPhone 13 event last month, even more than any event put on by Google, Intel, AMD, or any other tech company this year. Why? Because Apple is about to unveil some of its most anticipated new products in years. Here’s what we expect to see on Monday.

The computers we’ve all been waiting for are finally being unleashed. Reports about the new MacBook Pro have been flooding the rumors mill all year, and to say the Mac community is excited is something of an understatement.

That’s mostly because these new laptops should feature the next chip in the two-year Apple silicon rollout, which will likely be dubbed the M1X to differentiate it from the M1 that was released last November in the 13-inch MacBook Pro, MacBook Air, Mac mini, and this past spring in the 24-inch iMac. (Bloomberg’s Mark Gurman wonders if Apple will call it something other than M1X, but whatever it’s called doesn’t matter in the end. It’s about the technology of the chip itself.) The M1 was an impressive debut for the Apple silicon that will eventually replace all of Intel’s processors, and after a year, we’re ready to see the chips evolve.

An SD Card slot on a new MacBook Pro will be an appealing feature for content creators.

Wait, there’s even more we can see from the new laptop. It’s possible that Apple will equip the MacBook Pro with more ports than on the current 13 models, and also include an SD Card slot. Apple may change the power adapter to one with a magnetic connector that can break away in case the cord is yanked. The FaceTime camera could finally be upgraded to a 1080p camera, like the one on the 24-inch iMac. And the Touch Bar could go away or modified, and there should be a dedicated Touch ID button. Add it all up and you’ve got a spectacular upgrade and easily the biggest advancement for the MacBook Pro in years.

Apple released the M1 Mac mini about a year ago to replace the Intel-based models at the lower price points of the lineup. However, there’s still an Intel-based Mac mini for $1,099, the highest-priced standard configuration.

The $1,099 Intel Mac mini could be replaced at the “Unleashed” event. Reports say that Apple is working on a mini with an M1X SoC and a new case that’s half the height of the current Mac mini. The case could also be made with a material different from the aluminum that’s been used for years, possibly with iMac-style colors. It also will likely have have four Thunderbolt/USB-C ports and a pair of USB-A ports, ethernet, and HDMI. 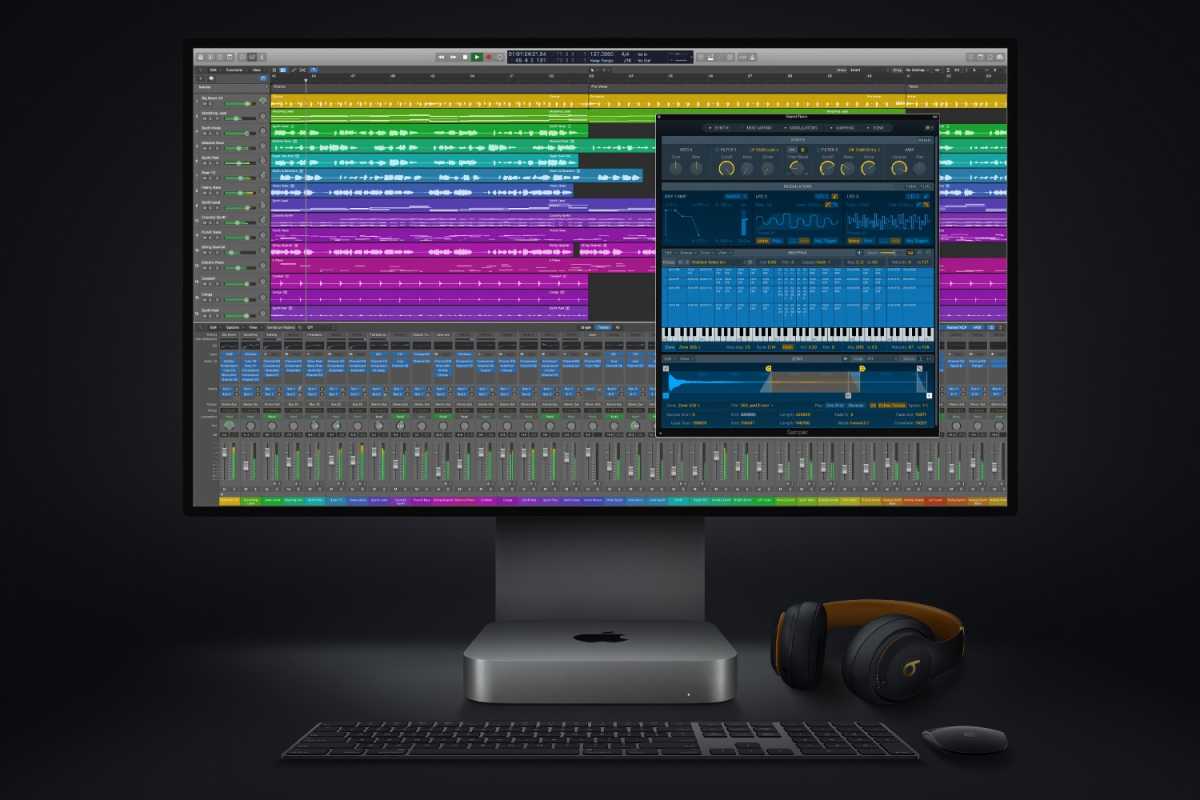 The M1 Mac mini (pictured here) could be joined by a faster model with a case redesign.

This new Mac mini would be a higher-end alternative to the M1-based Mac mini in the lineup. Those cheaper models will still be available but might not be upgraded for monther six-to-12 months.

This one is a no-brainer—it will definitely be part of the Unleashed event. Apple usually releases the major update to macOS in the fall, and iOS 15, iPadOS 15, watchOS 8, and tvOS 15 have already been released. We just got the tenth beta, so developement is nearly finshed, and Apple will reveal when macOS Monterey will be available—it could happen right after the event. It will also ship with the new Macs announced at Unleashed.

New features in Monterey include updates to Messages and FaceTime, Quick Notes, Focus, Live Text, Low Power Mode, Finder and window changes, and more. Several features that Apple showcased at WWDC 21 will not be available at Monterey’s release and will be made available in later updates, such as Universal Control and SharePlay. Read our macOS Monterey Superguide for a FAQ, tips, how-tos, feature explanations, and more.

It feels like we’ve been hearing about the release of the third-generation AirPods forever. They’ve been rumored to appear in past events, but haven’t yet shown up. Could they finally make their debut at Unleashed? AirPods will be a hot holiday purchase, and Apple likes to open its events with a smaller product announcement, and AirPods both figuratively and literally fit.

Reports say that the third-generation AirPods will have redesigned earbuds, shorter stems, and a case that more closely resembles the AirPods Pro case. They will have the mostly same features as the second-generation AirPods, including fast device pairing and switching, optical sensors, and motion and speech-detecting accelerometers. They will not have active noise cancellation, since that’s a feature reserved for the Pro model. The case could support MagSafe charging and the new AirPods will likely support the expanded Find My support that was added to the AirPods Pro and AirPods Max in early October. 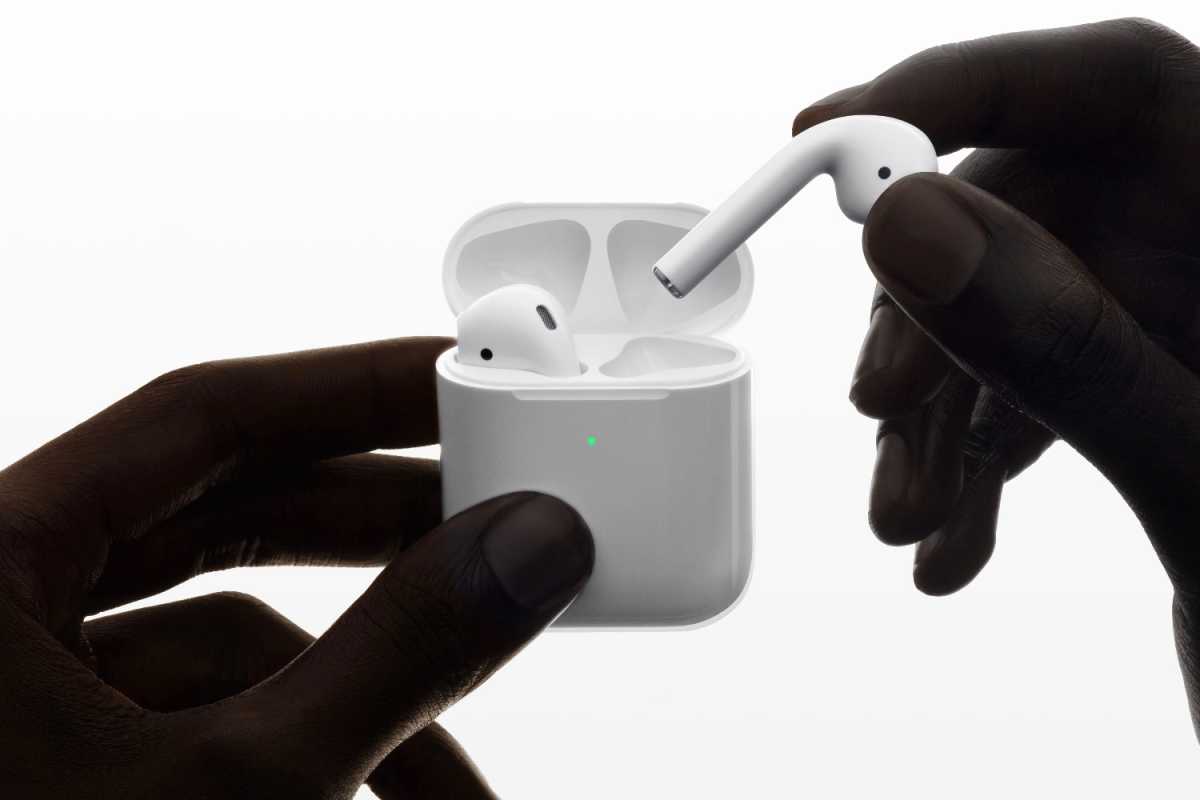 New AirPods could have shorter stems than the second-generation AirPods (pictured).

There are some other products that could be announced at Unleashed on Monday. Apple could release a display that’s more affordable than its current Pro Display XDR, which starts at $4,999. Such as a display would not be as feature-filled as the XDR, but an affordable 4K display could go well with the new Mac mini.

There’s also a possibility that Apple could release a 32-inch iMac to replace the current 27-inch iMac, though recent reports have said that it’s more likely that the larger iMac won’t be ready until 2022. If it were to arrive, we expect a design that’s similar to the 24-inch iMac, with a smaller footprint and thinner bezels.

4 Ways To Use Google Lens on PC, Chrome, Android, and iPhone