The Ncase M1, a crowdfunded marvel of a PC case, has been discontinued

In 2012, fed up with the sorry state of small-form-factor (SFF) computer cases, two users on the HardOCP community forum decided to create their own. Wahaha360 and Necere came up with the $200+ Ncase M1, a 12.7-liter marvel designed to put every cubic centimeter of that space to good use. Amazingly, they managed to attract the attention of renowned PC manufacturer Lian-Li to manufacture small batches of their crowdfunded case out of high-quality aluminum, and the result was greeted with rave reviews.

Nine years later, though, Ncase has announced that it’s discontinuing the M1 for good.

It’s a weird situation. Yesterday, the company posted that it had discontinued the M1 entirely — but overnight, the post was updated to read that it’s just the current “classic” design that’s gone for good.

Ncase tells The Verge that’s because there’s a successor on the way. “I can say that what we are working on will follow the formula the M1 pioneered, updated and modernized to better reflect the current hardware market,” Ncase says, adding:

Video cards, especially, have on average grown significantly larger over the past couple of years – a fact that has hurt the M1’s compatibility, which had previously been very good for its size. The M1 was already highly space-optimized, so accommodating such larger cards was not possible within the current design footprint. Hence the need for a more thorough redesign from the ground up, which also allows us the opportunity to explore alternate manufacturing methods, updates to the visual design, and additional features.

That makes some sense: This isn’t a product that’s particularly out of date or where demand has suddenly dried up. While there are many worthy imitators like the Cooler Master NR200 or Lian-Li’s own TU-150 — with a neat integrated carry handle, too — the Ncase M1 is still widely regarded as one of the best cases on the market. Would-be buyers were eagerly awaiting another batch, which was tentatively slated for November.

But it is true that some of the oversized coolers on the most recent generation of graphics cards keeps many of them from fitting well in the M1. (Still, you can easily stuff a RTX 3080 Ti Founder’s Edition in there if you’ve got enough airflow and a potent power supply. I certainly did!) 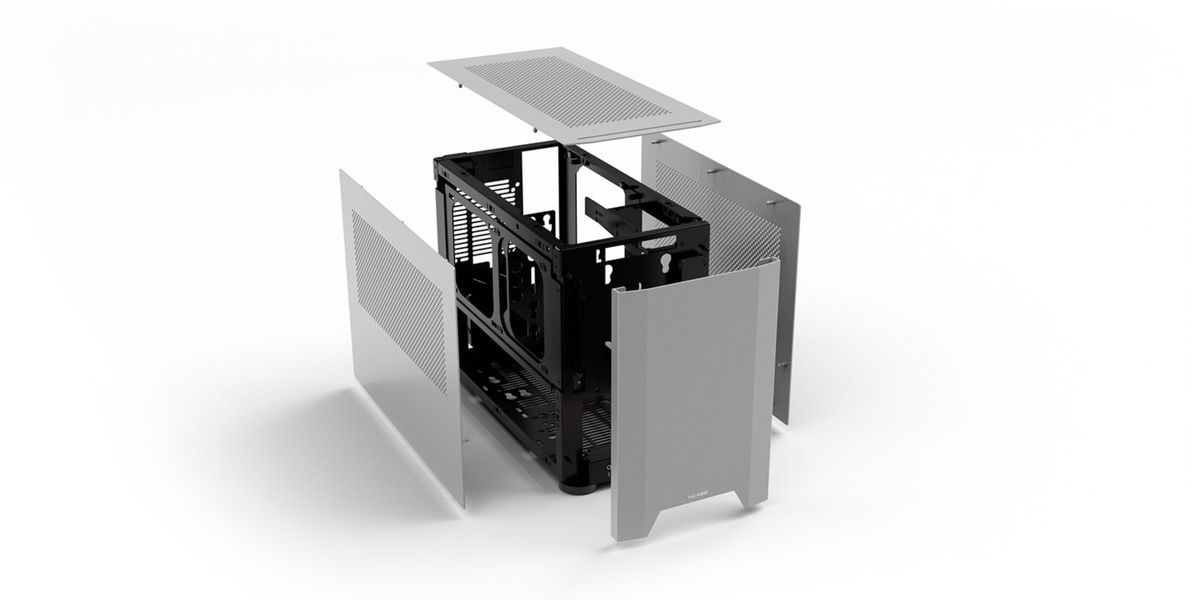 Praise the M1’s pop-off panels, a staple of Lian-Li cases. You can even fit a slim-line optical drive or SSD under the front shield.

It’s worth noting that Ncase’s founders do work on other PC cases as well. For example: The 14.7-liter SSUPD Meshlicious, a mass-market case that SFF specialist YouTuber Optimum Tech called “the 2021 ITX case to beat”, is also a Wahaha360 product made by Lian-Li. (So is the 9.5-liter FormD T1, another case that gets produced in small batches.) Ncase also collaborated on a design called the Mach One, too — and if you told me that its LRPC concept inspired Microsoft’s Xbox One S, below, I wouldn’t bat an eye.

Ncase concept vs. Xbox One S

It feels premature to pour one out for the best computer case I’ve ever owned, one that I plan to keep using for years and one that’ll likely make a cameo appearance in even more Verge reviews than the ones you might’ve already clocked. But even if we might be getting an Ncase M2 someday, I don’t mind pressing F for the legacy this brand built. Ncase helped change the face of SFF cases, and whether you’re buying your next one from them or someone else, our desks are better for it. 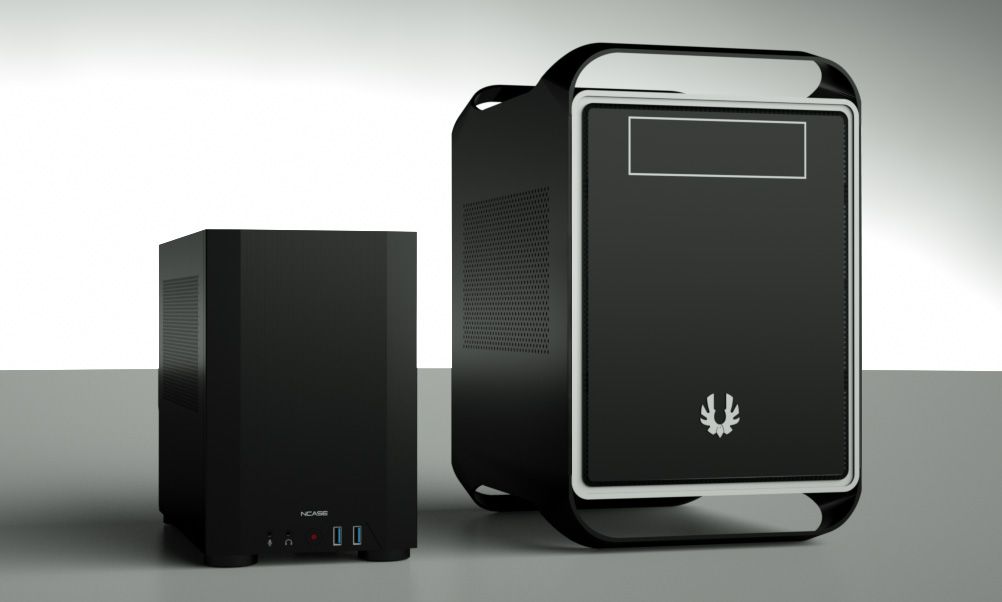 To think the comparatively gigantic BitFenix Prodigy (right) was considered a groundbreaking Mini-ITX case in 2012.

The Invaluable Secret Benefit of Having a Mentor