The father of a girl who was allegedly sexually assaulted in a Virginia school bathroom should be treated as a domestic terrorist, the National School Boards Association (NSBA) suggested in a pointed letter to the White House — after the distraught dad stormed a local school board meeting demanding officials take responsibility.

Scott Smith, 48, was filmed being wrestled to the ground and arrested at a June public meeting of the Loudoun County School Board — with his wife yelling, “My child was raped at school and this is what happens!”

“In Virginia, an individual was arrested,” the NSBA wrote, linking to an NBC Washington report about Smith’s arrest at the meeting.

It was one of the key examples of what the association said proved that “America’s public schools and its education leaders are under an immediate threat” from a “growing number of threats of violence and acts of intimidation occurring across the nation.”

“NSBA specifically solicits the expertise and resources of the US Department of Justice, Federal Bureau of Investigation (FBI), US Department of Homeland Security, US Secret Service, and its National Threat Assessment Center.”

The letter insisted that the “heinous actions” were “equivalent to a form of domestic terrorism and hate crimes.”

The letter, which came to light this week, was dated Sept. 29 — just five days before Attorney General Merrick Garland’s controversial decision to get the FBI to investigate the apparent threat.

Smith on Tuesday said that such a clampdown was clearly “wrong.”

“That’s really scary, that our government will weaponize themselves against parents and they’re using my video across the nation to spread fear,” he told Fox News.

Smith had told The Daily Wire that his daughter was attacked at Stone Bridge High School on May 28 by a boy who took advantage of transgender rules “to get into the bathrooms.” 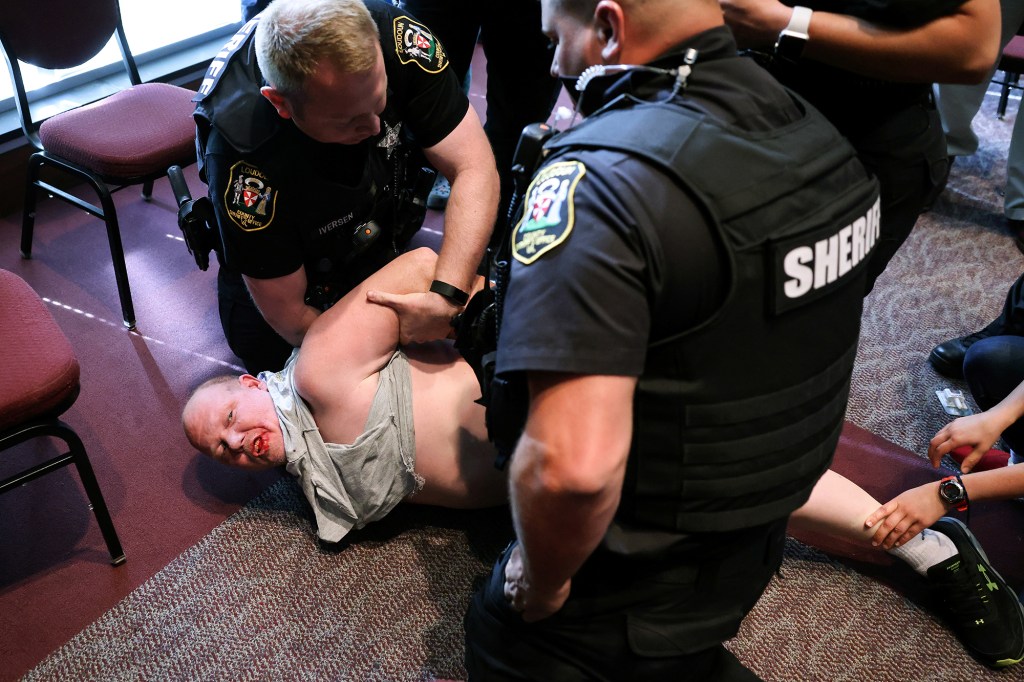 Scott Smith said it’s “really scary, that our government will weaponize themselves against parents and they’re using my video across the nation to spread fear.”REUTERS/Evelyn Hockstein

Smith also claimed this week that the same juvenile suspect is one charged with a second attack earlier this month.

He then insisted he went to the meeting to warn other parents and not attack the LGTB community.

“I don’t care if he’s homosexual, heterosexual, bisexual, transsexual. He’s a sexual predator,” Smith told the outlet of the suspect.

Despite the district superintendent telling the heated June school board meeting that there wasn’t “any record of assaults occurring in our restrooms,” a spokesman confirmed the allegations this week, saying that the May attack had been “reported immediately” to law enforcement.

Smith was charged with disorderly conduct and resisting arrest at the board meeting. He was in August sentenced to 10 days in jail, all suspended, contingent on a year of good behavior, but said he would appeal, Loudoun Now reported.

6 Kitchen Tools I Bought After Moving to Germany